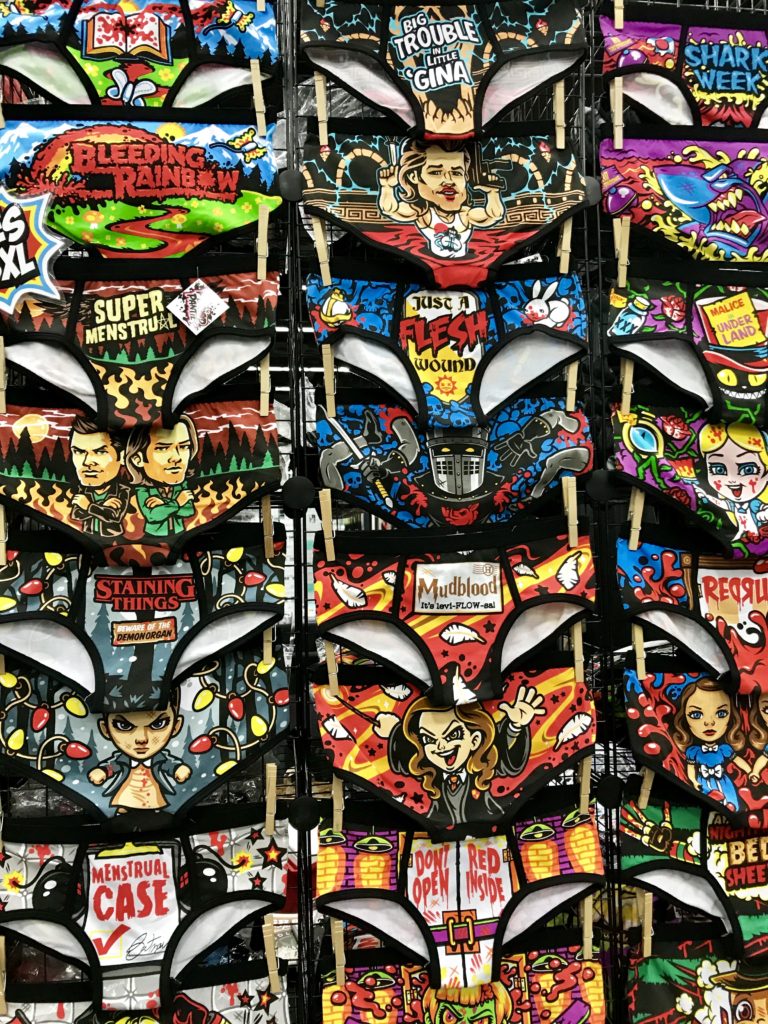 While attending FanFest last month, I stumbled across Period Panties, created by the folks at Harebrained Design. Period Panties don’t actually provide any real protection, but they do allow for a much needed laugh. Based on pop culture and puns, these underwear offer up takes on Beetlejuice (“It’s Flow Time!”), Harry Potter (“Mudblood. It’s levi-FLOW-sa!”), It (“We all bloat down here”), and many more favorite fandoms.

Underwear that loudly and colorfully takes on periods is a beautiful thing. There’s an extra bit of magic seeing them at a Con, surrounded by all things superhero.  I had to purchase a “Bleeding Rainbow” pair for myself, and then I did what any good friend does. I immediately texted Mayim that I discovered the best underwear ever at a convention. She geeked out over them, like I knew she would, and requested two different pairs.

“The idea for Period Panties came up as an alternative to the old, stretched out pairs that women always keep in the back of their underwear drawer for ‘that time of the month,'” says Cole Cooney, Operations Manager of Harebrained Design. “It’s not typically a very glorious time of the month, so having some funny/kick-ass characters on your butt can at least bring a little levity.”

The majority of folks at Harebrained Design are men, but they are thoughtful when creating these underwear. “From the outside it looks weird for guys to be coming up with these products for women,” Cooney admits. “But it came about really organically. We’re just a group of friends, and one joke led to another, and suddenly we were dudes making Period Panties.” 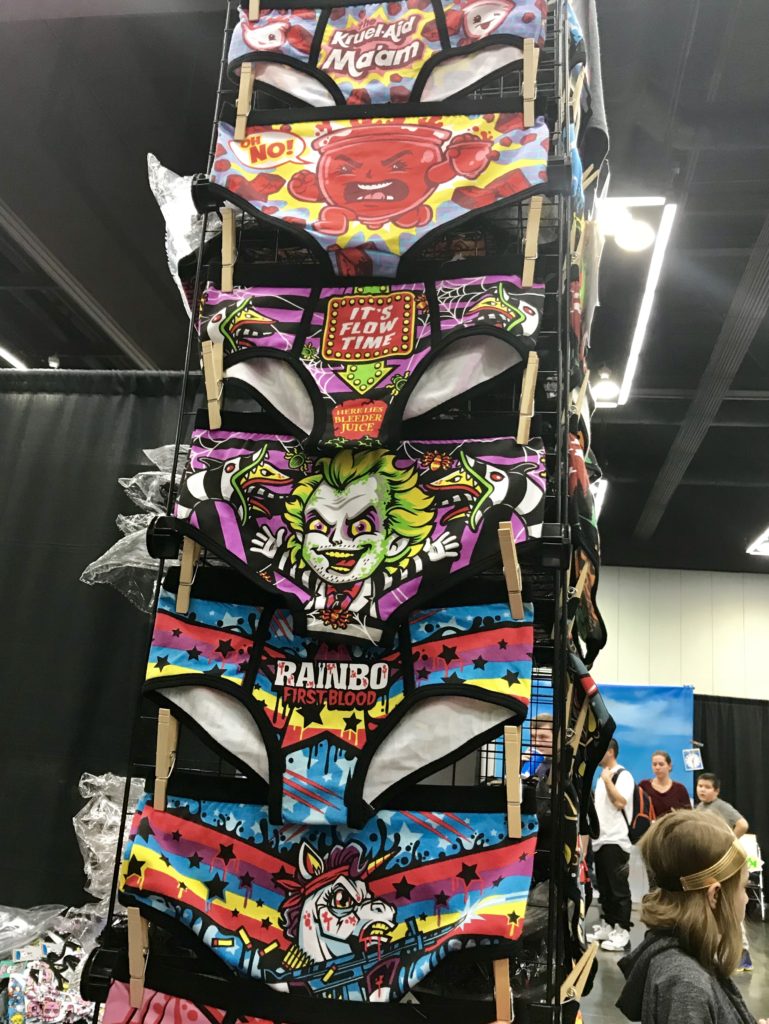 The men at Harebrained Design realize that they may be in a tricky situation, particularly with the current climate of rightfully calling out sexism, but it’s not going to prevent them from creating their Period Panties. “It’s great to be able to do this, and have fun, and to destigmatize something that has no business being stigmatized in the first place!” says Cooney.

“When we’re at events, a scenario we see play out over and over is where a woman will be really interested in buying some, and she’ll bring her boyfriend/husband over to help pick out a pair or two, and the guy will get all squeamish. In the back of my head, I’m always thinking, ‘C’mon! You’re a grown-ass man, help your wife pick out some Period Panties!'”

I, for one, am glad that there are creative, punny men willing to produce underwear that will give me a reason to (finally) laugh at my period. Three cheers to Harebrained Design and their period panties!

Period Panties are available online — in briefs or boy shorts — on Amazon and range in cost from $6.99-$13.99. You can also find the company’s other products on Etsy.

Hot tip: If you’re an ’80’s kid like me who is a big fan of She-Ra, keep an eye for Harebrained Design’s newest Period Panties coming out soon: “She-Rag: Masters of the Uterus.” I’ll take two.