My family didn’t have much money growing up, and my mother loved to pinch a penny. I remember rolling my eyes at her subscription to “Cheapskate Digest,” a monthly paper flier full of money-saving ideas. I absolutely hated going to the thrift store and refused to get clothes there, not that the alternative was better: wearing hand-me-downs from my sister.

But as often happens, I’ve turned into my mother. I’m the cheap one now. I don’t get a magazine for “cheapskates,” but I hate spending money when I don’t have to—in ways even my mom can’t abide. Recently, I felt like my teeth were loose (apparently, you’re not supposed to force in old retainers?). She yelled and yelled at me to go to the dentist, but I didn’t want to spend money. And guess what? They tightened back up on their own once I stopped wearing my old retainer.

Even a former boss has been embarrassed by my thriftiness. Once out on a business call, a man was clearing the vending machine of expired food. I asked the man if I could have it. (I’m pretty sure Doritos and Little Debbies live on past their expiration dates?) My boss was mortified and made me run the food out to the car before we went into our meeting.

Recently, I’ve been thinking about new ways to save money. There are things I usually leave to the professionals: haircuts, dog grooming, plumbing, etc. But, what if I did those things on my own? I could save hundreds of dollars! So I decided to try.

This week I wanted a haircut. My hair was looking rough, the ends were bushy and wouldn’t lay straight no matter how much product I used or styling I attempted. I really only needed a trim, but that would easily cost $100+ here in NYC—unfortunately, they don’t distinguish between a trim and a full-fledged haircut. And even when I’ve paid $100+ in the past, I haven’t always been happy. So I figured I could trim my own hair and save some money. 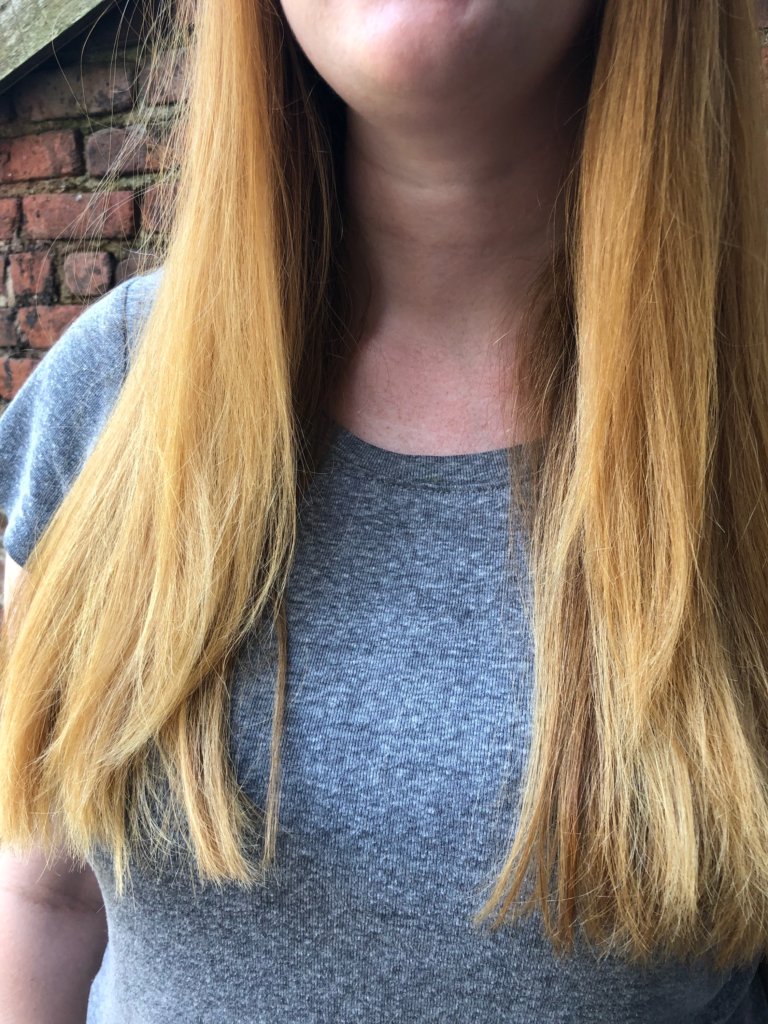 My hair with dead ends and uneven layers.

Now, I researched before trimming my hair—which means I watched part of a 3-minute YouTube video. It was one of the first ones that popped up when I googled, “how to trim your own hair.” I pulled out hair-cutting scissors I bought at Sally Beauty for $13 a few years ago to trim the fur on my dog’s face. I sectioned my hair into four sections and began to chop a tiny, tiny bit at a time. The video said to use a comb and go section by section to trim all your ends until they were even. It also showed how to trim layers, by cutting on a diagonal, but since my layers were kind of messed up to begin with, I planned to skip that.

I was feeling cool, calm and collected with the first chop. Then after doing a few sections, I realized my hair wasn’t quite even on the ends and mildly panicked. I decided then, that if things went even more awry, I should just stop. If I tried to fix it by cutting more, I’d end up with chin-length hair—I know this from past experience when I tried to frame the hair around my face and lost several inches trying to make it match. But this was just a trim. I made small adjustments this time and erred on the side of leaving sections longer so I could trim it to match other sections at the end. The most helpful technique was one I’ve seen many hairdressers use (it wasn’t in the YouTube): where you texturize the hair by placing the scissors vertically and randomly chopping upwards into the hair. Maybe the professionals don’t do it “randomly,” but I did, and it seemed to work well!

After finishing half of my head, I didn’t see much of a difference. I figured it couldn’t be making things worse, though, so I repeated the same process on the other side of my head. The hardest part during the home haircut was trimming the face-framing layers in the front, which I mentioned before were already messed up. I’m sure a professional could have fixed it, but I simply trimmed using the technique I had on the rest of my head to finish the cut.

Looking in the mirror at the finished style, I was disappointed. My hair didn’t look bad, but after getting a trim at the salon, my hair is typically styled and looks so nice and smooth. That was not the case here. It looked the same as before, but a tiny bit shorter. I had expected to have flawless hair after my trim, and maybe that was a bit ambitious. 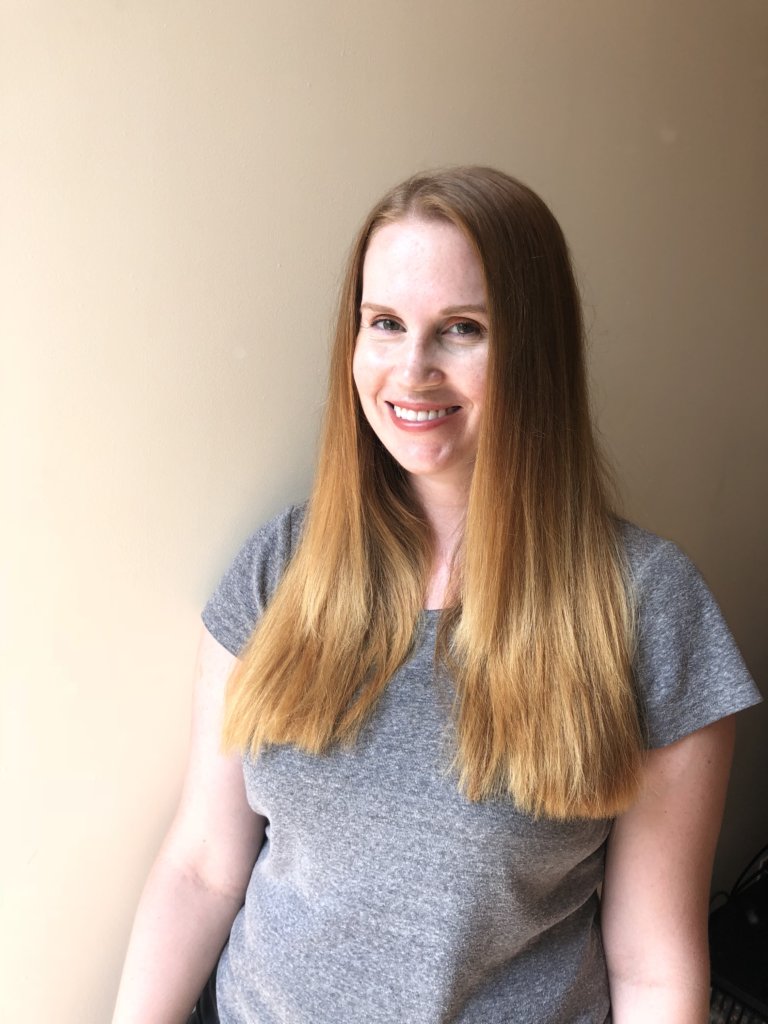 However, running my hands in my hair later, I realized it felt much softer and smoother on the ends. And later in the day I had pulled my hair all to one side and caught my reflection in a mirror: I saw it was laying so much nicer than before. Even my ponytail looked better when I pulled my hair up to wash my face before bed. By the time I went to sleep that night, I was happy with my hair-trimming experiment—despite it not looking as great as it might at the salon.

Would I trim my hair again? Yes. I may research more, though. When I told my cousin Sofie about it after, she asked if I did a “four-section method,” which her hairstylist had told her about; it involves separating your hair at the crown and cutting the lower sections to set the length first. I guess there are more methods out there other than the one offered in my three-minute YouTube video and I probably should have done more investigating ahead of time.

Would I do a full-fledged cut at home? No way! I’m not 100 percent sure my hair is even in the back now, so I wouldn’t trust myself to cut a completely new style. Even though I will still visit the hairdresser, it is nice to know I can “cut” some of the costs between visits by doing trims myself. My mom would be so proud.

How about you? Do you cut your own hair or have any stories of haircuts gone bad? What things do you do at home, rather than go to the professional? My dog needs a groom and my sink is leaky, so expect to hear more from me, not the professional, soon!