I first met Julie Morgenstern when I was a senior editor at O, the Oprah Magazine, and she was quickly becoming known as the queen of organization. Whether it was stuff choking your home, your exploding inbox, or your (lack of) time, Julie knew how to organize it all.

Now she’s turned her attention to the ultimate organizational challenge: being a parent. Her new book, Time to Parent: Organizing Your Life to Bring Out the Best in Your Child and You, starts with a fact Julie realized when raising a child on her own: “Parents want to do right by their kids,” she writes, “but universally suffer from the feeling of time scarcity.”

Never one to stop at empathy, in Time to Parent Julie lays out a thoughtful, practical system that addresses not just the amount of time you spend with your kids, but how you’re relating to them and what they want and need. (There’s also—hallelujah!—a big section on finding time for self-care.) Most of all, Julie shows why mindfulness is more than a buzzword on a photo of a latte with a heart in the foam: It’s the key to satisfying parenting. She explained it all to us in an interview between speaking engagements, always using her time wisely… 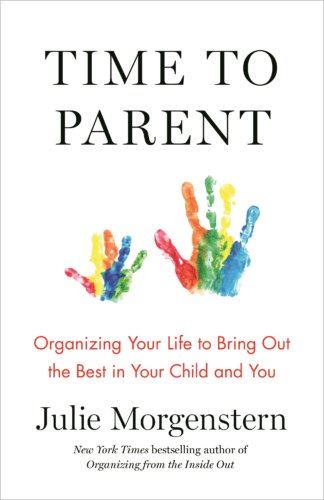 GROK NATION: Let’s start out with a double dose of perspective: You’ve written Time to Parent as an organizational expert, but your real expertise comes from being a single parent.
JULIE MORGENSTERN: True. I was a single parent from the time my daughter was three to graduating from high school. I always wanted a manual that told me how I was supposed to divide my time to make sure my kid gets everything she needs, managing my career and social circle, taking care of the home, I think I’m supposed to exercise in all of this, too? The problem was that I didn’t know what my job was.

Job ambiguity, in any role and field, is a recipe for overwork, inefficiency, and insecurity. When you don’t know what your job is, your job feels infinite. That’s how people have been parenting for generations. I used to say, “How do you do this?” and people would answer, “You’ll be the expert on your own children.” Are you kidding me? No one just knows how to manage life when raising a child. When my daughter was born, I craved a manual that would tell me how to do this, throughout all the stages of her life. I wish my parents had had a time management manual.

So yes, I lived this, and I know what it’s like to look for guidance—not a prescription, but a road map, so I can make my own choices that work for me with confidence and security. Even stay at home parents get a lot out of the system in Time to Parent.

You’ve written many books on organizing material stuff, time, work, and life in general. Why was it time to write Time to Parent?
In almost 30 years of working with clients, I kept seeing patterns. It’s the reason everyone hires me or reads one of my books: Why, exactly, do they want to get organized in the first place? People want space for quality connection. If they were parents, the universal reason was to tame the chaos so they could have quality time for their kids and themselves.

For most of my life I’ve been studying patterns in various generations of parents, all of them trying to give their kids what they didn’t get from their own parents. I wondered if there was a correlation between the time and attention we get as kids and our ability to organize. Well, science has discovered a direct correlation. Reliable nurturance actually affects executive function, which is our ability to organize, prioritize, stave off instant gratification, and more. All of that comes from nurturance. It’s astonishing how much that affects us later in life.

Do you think today’s parents are struggling more than previous generations?
We’re more disconnected than ever as a society. For example, social media makes us feel more connected to people who are far away, yet less connected to the people we’re in the same room with. Today’s generation of parents are spending more time with their kids, but at great expense to their self care. And when you pour everything into your kids, other things, like your marriage, suffer. You don’t have to go so far overboard to be a good parent. 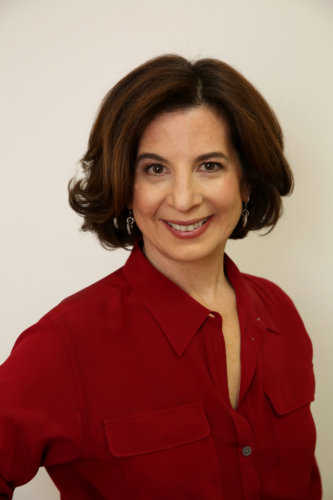 ‘Time to Parent’ is Julie Morgenstern’s first book about parenting.

In the book, you focus on something that resonates with my spiritual teaching background: You say that the way to slow time down is to be fully present. Is being present and mindful the crux of creating time to parent well?
One hundred percent. Not only for parenting, but to do everything in the most efficient and effective way, be fully present. When you’re not focused, your brain can’t take in what’s going on. So you make mistakes, and then there has to be damage control, which takes up more time. Say your kid is upset. You respond in the wrong way, the kid has a temper tantrum, you have to go take care of that now, as well as the thing you were trying to do at the same time… We think multitasking allows us to get more done in less time, but you actually get less done in more time at a much lower quality of effectiveness. Because the parenting years are the most time-stretched of a human’s life, the more you can leverage use of being fully present, the more you can do in less time

At the same time, thank you for busting the myth that you can be present for every single moment of the day. That sentiment is for memes, not moms.
Exactly! That’s just not possible. Being mindful takes so much consciousness and effort, you can’t be present for everything—that would be exhausting. It’s okay to mindlessly sail through a meeting, or cooking dinner; you don’t have to stop and smell the garlic. Mindfulness is about developing the resilience to make sure you’re present for some portion of every day, even if it’s only for ten minutes when putting your kid to bed or sitting down for a cup of coffee or reading. The secret is doing things in short bursts.

We think we have to always be “on” for our kids, which is draining. But children thrive on short bursts of 5 to 20 minutes of undivided time and attention, delivered consistently. Human development science says for children to feel loved and secure, calculate about a minute for each age of life. Think about it: A one year old has an attention span of about one minute before they’re on to the next shiny object.

So when your kid wants your attention, put your phone away, get eyeball to eyeball—lean or crouch down so you can be on their level—and give them your undivided attention. Talk to them, or do activities that interest them. You can be present for that. The reason parents aren’t present is because it feels endless. Short bursts of attention is more effective, and it works for self care, too. It requires a skill level of making mindful transitions from one responsibility to another.

You mention transitions in your book, a trick about crossing thresholds.
Yes. Before you cross any threshold, meaning the doorway to your home, or one room to another, or going into work, stop, pause, and set your intention for what you want to achieve on the other side of that threshold. An example: When you come home, you want your kids and your partner to know you’re happy to see them. Set that intention before you walk into your home. At work, you want people to know you’re enthusiastic about getting things done; set that intention before walking into the office. It’s training your brain through a physical activity that is very concentrated and measured. After you put your kids to bed, before you cross the threshold to go sit with your significant other in the living room, set your intention to let go of the kid part of your brain and go in as a grownup and part of a couple. Don’t carry where you were into where you’re going.

What results have you seen with the parents who’ve used your blueprints?
There’s a consciousness that occurs when people look at the blueprint in the book and see what area in parenting they’re gravitating toward, or away from if they don’t feel confident. The most common area is going into Teach mode instead of Relate, but those feel very different to your child. Relate is when you’re entering your child’s world, talking and doing activities they’re interested in. Teach brings them into the adult world. When you teach a child they are a student of you. When you relate, you are the student of the child.

I had client who was really struggling with her adolescent daughter. That’s common—suddenly you don’t know how to reach them, you’re walking on eggshells around them. The whole family was affected by her tantrums and the parents’ stress. With the blueprint, the Mom realized they were spending all the time in Teach mode rather than just spending time with her. So they did things like just hang out, play a game, watch a movie—spent time together. They completely reconnected with her, and the whole family was calmer. That was a massive result. When parents get the difference between the kind of time they’re spending with their kids and what they’re doing during that time, it’s big.