Every pregnant woman knows that she will have a gestational diabetes screen around the 26th week. She will down a syrupy sweet beverage and have her blood tested an hour later to see how her body processes the sugar in it. If she “fails” the test, she will undergo a more extensive yucky drink/blood draw test. If that one shows signs of diabetes, she will be treated through the rest of her pregnancy for her health and the health of her baby. The glucose screen is a rite of passage in pregnancy. Women compare notes about it, post on message boards, and offer each other camaraderie. If they are diagnosed, they swap recipes and tricks for managing the condition with exercise and diet. Six to eight percent of women will need treatment for diabetes during pregnancy.

More than twice as many pregnant women or new moms will develop a perinatal mood or anxiety disorder, the most common medical complication of pregnancy and childbirth. Screening for these conditions is not part of standard perinatal care (though major organizations like ACOG and the American Academy of Pediatrics recommend it). So, women often do not realize they are experiencing a medical complication for which there is effective treatment. Frequently they are ashamed or afraid to share how they are feeling. The majority suffer unnecessarily, putting their health and the health of their children in jeopardy.

For Maternal Mental Health Awareness Week we are going to get real, break it down, empower women and families, and start asking for better from the healthcare system that that is supposed to keep us, well, healthy. 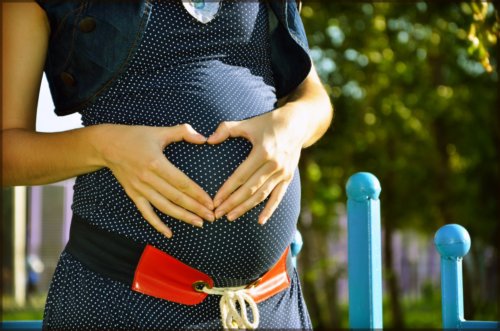 That becoming a mother is a stressful event. In fact, pregnancy itself is actually considered a “stressor” in the medical literature. Struggle is going to be part of the process. It’s like labor and delivery. It is a tremendous physical and emotional undertaking to bring a person into the world. We accept that physical pain and other medical complications can be part and parcel of making and birthing a human being. Why do we think our brains would get away Scott-free? That doesn’t make sense.

What We Need to Do

Imagine a world in which women can compare notes about their mood disorder screen, speak openly about how they are feeling, swap stories of treatment and other changes they made to feel better. A world in which it is understood that the emotional health of moms is an integral part of a healthy family and community, in which women are empowered to ask for help, and where they can find it when they do.

We can make that happen. You with me?

Kate Rope’s book Strong As a Mother, is out now! You can win your own copy now by entering your email address at the end of our article Mother’s Day books .