Feminism: The Other F-Word
by Avital Norman Nathman

When people say “the F-Word,” they usually don’t mean “feminism.” But with today’s resurgence in the term’s popularity, this other “F-Word” is back, and sometimes even draws as much ire, controversy and passion as that other f-word.

Today, you can’t hop on Twitter without tripping over a celeb claiming some feminist cred, and various mainstream media outlets like SheKnows.com, Vice.com, and many others are opening their arms to the idea, allowing the word and the concept to infiltrate their posts or even their hiring practices. But when push comes to shove, how much of this is simply a carefully crafted “performance” of feminism, as opposed to “real feminism”?

As a woman writer, I’ve come across my fair share of outlets (both print and online) that shy away from feminist content. I get it, kind of. A lot of folks across this country still have a stereotypical and stodgy idea of what feminism actually is. Regardless of how many “This is What a Feminist Looks Like” campaigns are out there, there are visions of hairy-legged, bra-less, man-hating lesbians still running through the minds of folks who refuse to understand that anyone can be a feminist (no, really!).

For a long time, people in the public eye shied away from anything vaguely feminist. You even had people answering questions with, “I’m not a feminist, but…” and then everything that followed would pretty much be distinctly feminist. But there is something about the label that made people uncomfortable. (Sorry-not-sorry that labeling yourself as someone who wants to ensure equity for people of any race, gender, sex, class, sexuality, ability, religion etc… makes you uncomfortable.)

But, more recently, feminism as an idea has seen a boost in popularity. But is it really feminism? Does it really represent the movement that works hard for equity among the sexes in political, social, and economic spheres? Does it represent a movement that, at its best, is intersectional, looking not only at how sexism affects us all, but how racism, homophobia, ableism, classism, oppression, and more also play huge roles. Or is it just feminism-lite – where buzzwords, hashtags, and a general sense of “Yay, equality!” are given precedence over real substance?

And what caused this shift where mainstream publications are putting out more feminist-minded content and more celebs are suddenly okay with Instagramming themselves as #Feminist?

Andi Zeisler, cofounder and creative director of Bitch Media and author of the recently released We Were Feminists Once: From Riot Grrrl to CoverGirl, the Buying and Selling of a Political Movement, says that it’s a combination of things.

“I definitely think Beyoncé’s very public coming out at the 2014 VMAs was a big deal, as was Emma Watson’s speech to the UN a month later,” she says, when we recently talked via email.

Zeisler notes that both of these events got a lot of media attention, causing other celebrities to sit up and take note.

“The Sony hack/email leak revealed the massive gendered wage gap among A-list Hollywood stars and their (often less acclaimed) male costars. The Bill Cosby case foregrounded the power dynamics that are in play in the entertainment industry. And the increased visibility of female creators whose TV shows center on complex women — “Transparent,” “Orange Is the New Black,” “Scandal” and “How to Get Away With Murder” — has in turn led to more media stories that center on feminism.”

But, it’s not all pushed by pop-culture, she said. These high-profile celebrities and platforms promoting feminism may have helped render the label “cool,” according to Zeisler, but is the “cool” feminism we’re seeing played out in public and in culture actually anything of substance?

“…The embrace of feminism in that context often gets very watered down, so that vague platitudes like ‘I celebrate all women!’ and ‘We should be proud of our bodies and our choices!’ become framed as feminist activism. The current celebrity-driven, market-driven feminism is very often about twisting the status quo into a ‘feminist’ statement by any means necessary, and that can be frustrating,” says Zeisler.

I can certainly understand her frustration. As a writer who makes no secret of her feminist leanings, I will occasionally be given assignments as the token feminist. But even at large sites that include feminist content, page clicks and views will frequently get in the way of the message. I’ve been asked to be more “consumer/audience friendly,” lighten up on some of my more hard-pressing points, or asked to scrap feminist-minded content all together in the interest of profit over message.

At the end of the day, does it come down to only two options, content that might be a bit meatier than most, requiring readers to really parse out some difficult or challenging ideas, or posts that merely reference the illusion of feminism for some “give us all the ally cookies” pat on the back?

Many might say, “You’re getting feminism out there in the world. More folks are talking about it! Be happy!” But do I really have to be happy that some bland version of feminism used to score clicks and ad revenue is what is being produced? Can’t I be thrilled that many celebrities are trying on this feminist label while hoping they will learn about ACTUAL FEMINISM beyond a hashtag or event or perceived trend?

And what about those who are new to feminism? How can we help them parse through the BS of marketable, “safe” feminism and embrace the kind of feminism that actually works toward an intersectional movement? Zeisler suggests that if you aren’t sure which type of feminism it is, ask yourself, “Is this trying to sell me something?”

“And I don’t mean just a physical thing, like a cashmere sweater with ‘This is What a Feminist Looks Like” on it’ (that Elle UK was selling in the winter of 2014), although that’s often the case,” says Zeisler. “It’s using feminism as a way to assure potential viewers that they can feel okay about consuming that particular product.”

So what can people do to help themselves differentiate real feminist content from the version that’s more like window dressing?

“Read, read, and read,” says Zeisler. “I’m sort of kidding, but I’m also not. There are tons of great feminist reading lists that are meant to be kind of an overall survey, like the New York Public Library’s, and others that focus on, say, intersectionality (this one on Goodreads, for instance), or fiction and poetry. I don’t think I would ever have gotten interested in feminist activism if it weren’t for first reading authors who made explicit reference to feminist thinkers or authors in their own work.”

One place to start online? Check out what Melissa Harris-Perry has to say about the most recent cover of Elle Magazine. Harris-Perry is now working for Elle, so it says a lot that the magazine gave her an outlet to critique their own cover. But she had some really good points that would not have been brought up otherwise. Harris-Perry takes her own magazine to task for having the racist quip “Becky Who? It’s Going to Be You With the Good Hair?” on the cover, right next to Black musician FKA Twigs, no less. This is an example of using feminism in a critical way to make a valid point while still promoting a product. See? It’s possible.

As for me, I will continue to write and create and infuse my feminist sensibilities into everything I do, despite the fact that might make me a wee less-marketable year-round: but, come Women’s History Month, I’m sure my phone will be ringing off the hook. 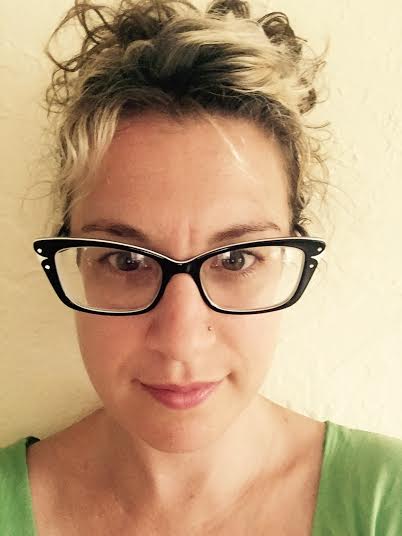 Avital Norman Nathman is the editor of The Good Mother Myth: Redefining Motherhood to Fit Reality, and a freelance writer who reports on everything from parenting to pop culture and pot. Her work has been featured in the New York Times, Cosmopolitan.com, The Daily Dot, The Establishment and more.