We never used the word “modesty” in my house growing up. The only time the need to wear more clothing was even mentioned was if we saw a woman walk by who didn’t have a “nice enough” body to “pull off” the outfit that she was wearing. The message then was “I CAN’T believe SHE is wearing THAT.”

But since I was thin, I somehow knew from early on that my body was meant to be on display. My mother would longingly recall that back in the day her mini-skirts barely covered her “tuchas” and how great she looked in a bikini before us kids “ruined her body.” The message was clear: since you’ve got it now – and won’t always – now’s the time to flaunt it.

I wore bikinis and short skirts and shorts my whole life, but somewhere in my early teens after I got my first string bikini and pair of short cutoff shorts I discovered that there was direct a correlation between wearing those items and getting male attention. On a teen tour during the summer after tenth grade, the guys named me “Daisy Duke,” and I felt oh so cool.

I was a big time flirt despite being a world-class prude, but there was one problem with the whole “male attention situation.” I hated being ogled by random men who passed me by (or my math teacher who noticed the “wonder” that my new bra created during my sophomore year when I came to his office for extra help before a test). There was no language I had to communicate these feelings of discomfort, or that they might be connected to what I was wearing because no one in my world thought to dress differently, and frankly, I didn’t even know that such feelings were allowed.

In my late teens I started covering my upper arms, upper legs and everything in between, not out of a desire to be “modest,” or because I thought that wearing more clothing would solve this discomfort of attracting the male gaze, but rather because of a tragic event that happened in the community when I was eight years old: a father in my school killed his two children and himself. I had been searching for the meaning of life ever since, and as a teenager, I started exploring what it would be like to live the life of a religious Jew.

I had been raised as a secular Jew. But as I explored Orthodoxy, I learned that Orthodox women were supposed to dress modestly. The truth is, this was not a very appealing law for me because a decent amount of my self-worth was wrapped up in knowing I was attractive and that my body got male attention. In fact, when I met a pretty girl at an Orthodox Sabbath retreat at the end of high school (a weekend program I went to since my senior prom was on the Sabbath), and she explained to me “I don’t want guys to think of me as ‘hot’.” I distinctly remember thinking, “But isn’t that the POINT?!”

Because I wanted to take my newfound faith seriously, I began to modify my wardrobe, slowly, over series of months. Then something surprising happened – the first time I went to a mall dressed in a maxi skirt and a guy passed by to give me the old “up-down,” but discovered that my “up” and my “down” were covered, I screamed “YES!” in my head.

There was something so empowering about getting to decide who got to see my body and who didn’t. (It should be noted that Jewish law restricts what men are allowed to look at, which makes the “male gaze” problem a shared responsibility.) At a certain point, I realized something: most women are not raised to know they have this choice. Sure, in the Western world we can “choose” to do anything within the law, but what if a woman, from the youngest age, is being fed images of the most beautiful, most popular celebrities wearing very little clothing? What if, in movies or on TV, girls and women are depicted wearing very little, while men are more fully clothed? What if, when she steps into a store, nothing but revealing clothing is found on most racks, whereas men find clothing that reveals much less of their bodies?

After I adopted a more modest mode of dress, I began to see how many people viewed modesty as form of misogyny. While forced modesty certainly subjugates, it seemed that so few people realized that a pressure to uncover does exactly the same thing. I wanted to create awareness around this idea, and so with the organization I founded – Jew in the City (which breaks down stereotypes about Orthodox Jews and Judaism through the power of new media) – we launched a social media campaign. The goal was firstly to point out the unequal expectations around men’s and women’s dress, so that women could consider if our “personal style” in fashion is – in part – the media and fashion industry telling us, as women, how to dress.

The second goal was to challenge people to consider that the Orthodox mode of dress for women (as long as it is chosen and not imposed as a subjugative measure) might be more equal than they previously considered it to be.

At JITC, we coined a new term for this phenomenon – “the skin gap.” Like the well-known wage gap, the skin gap points to a pervasive gender inequality, but in this case, it’s the difference in the amount of skin men and women are expected to show in most settings. The skin gap begins in toddlerhood; two-and three-year-old girls are being pitched clothing with far less fabric than the boys their age. The skin gap does eventually close, but in a rather disturbing way. Because the media has trained us to believe that, for women, beauty is defined by “thin” and “young,” when a woman exceeds a certain number in either age or pounds, we act just like how I was raised “Uch! PUT some clothes on!”

As a woman and a mother of two daughters, it is painful to consider how society places so much worth on a woman’s looks and has such a narrow definition of how to “win the game.” As actress Carrie Fisher has so eloquently said, “Youth and beauty are not accomplishments. They’re the temporary happy byproducts of time and/or DNA.” Some women can never be in this “game” unless they obsessively diet or go under the knife, and even those who have genetics and youth on their side will eventually age out of our American concept of beauty.

It is SO unpopular to raise these issues. But with the video (see link below–we hope it will be the first in a series) we at JITC have begun the conversation. Many people automatically try to end any conversation about modest dress by screaming “slut-shaming.” We have had men respond that they hope that our campaign never catches on because women are “art,” and if women started showing less of their bodies, the lives of these men would become a lot more “boring.” Some people have told me that if there were a real, significant demand for more modest women’s clothing, the market would simply correct itself. However, many women have reported that they DO want clothing with more coverage for themselves and their daughters, indicating that there would be a market: but instead of speaking up, they quietly march over to the boys’ and men’s department, where revealing clothing is rarely found, and shop there instead.  Those men gazing at the bodies of women who haven’t agreed to be objects should perhaps try a museum if they’re so passionate about the arts. And the women who want styles that don’t currently exist should speak up.

We can no longer remain quiet. Author Wendy Shalit in her book “Girls Gone Mild” suggests that this kind of grass-roots customer activism can mobilize to cause big corporations to make changes. If enough people talk about this issue with their friends and family, reach out to their favorite stores, write a letter in their local news outlets, we can begin to change the inequality in expectations.

When women are expected to display themselves and men are expected to gaze and pronounce value, that system is inherently unequal. So whether we’re into fashion or not, whether we consider ourselves feminists or not, whether we want to cover up for religious or personal comfort or any other reason, we need to close the skin gap.  We need to put an end to the objectification and hypersexualization of girls and women and build a world where females are judged not by hotness of their bodies but by content of their characters.

Things you can do: 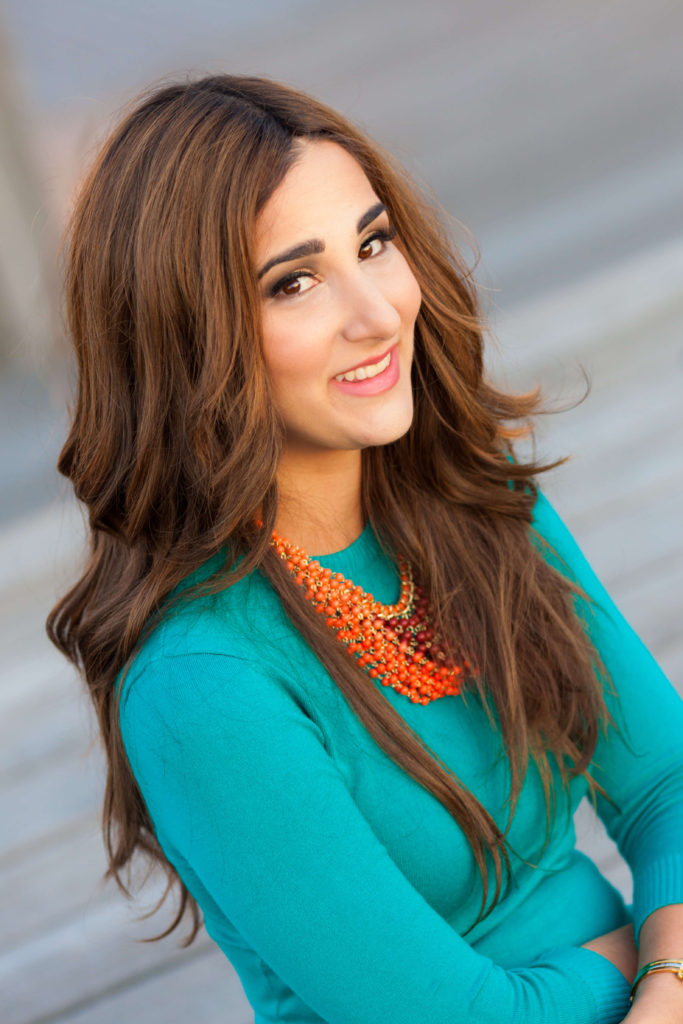 Allison Josephs has been involved in the field of Jewish Outreach for over fifteen years, working at Partners in Torah, Sinai Retreats, and NCSY, and is the Partner in Torah mentor to actress Mayim Bialik. She was named one of NJOP’s Top Ten Jewish Influencers in 2012 and was one of the Jewish Week’s 36 under 36 in 2013. Allison has been quoted or written about in numerous publications, including The Wall Street Journal, CNN, The Daily Beast, Huffington Post, and Yahoo News. Allison has appeared on numerous television and radio networks including CBS, TLC, The Hallmark Channel, HuffPost Live, Associate Press TV, and NPR; her articles have appeared in numerous publications including the anthology Like Water on a Rock, The Washington Times, Kveller, and The Forward. She is a sought-after international lecturer whose corporate clients include Con-Edison and NYU Langone and hosts a weekly radio show on the Nachum Segal Network. She received her Bachelor in Arts from Columbia University in Philosophy and lives with her husband and four children minutes from the George Washington Bridge. www.JewintheCity.com