I was born in Berkeley, California in 1975. Berkeley’s most prominent feature is UC Berkeley, often considered the top public University in the United States. It is renowned for its brilliant students and professors, and its extreme liberalism. Berkeley in the 1960s and 1970s was the center of massive student protests, for civil rights and free speech, anti-war and anti establishment; simmering beneath the academia and intellectualism, was the neighboring San Francisco, Haight-Ashbury hippie and drug culture. Berkeley was the place young hippies came to escape their real life: to join a cult, to live in a tree or to become so high on LSD that they became homeless on the city streets.

A lot of the excitement and goings-on in Berkeley in the 1970s could be described as “radical” and “counterculture” – the feminist movement in Berkeley could be described the same way, radical, and progressive. I am not sure if my awareness of feminism is a real memory or something I later connected to my past, but living in Berkeley during that time, I certainly heard the word feminism – and was aware of its culture – early on.

My parents had moved from Brooklyn, NY to Northern California in 1972, sent by Chabad-Lubavitch Rebbe, Rabbi Menachem Mendel Schneerson. As part of the “shluchim” (emissaries) program, they – and thousands of others in communities around the world – had been sent to bring local Jews closer to Judaism, to promote the Rebbe’s mitzvah campaigns, and to assist Jewish communities worldwide in their religious needs. My parents, the first shluchim in Northern California, had the mission to connect with, teach, and organize educational and social activities for the local Jewish community. Today, you can Google “Chabad” and see the reach of their worldwide network, but in the late 1960s it was just a handful of black-hatted men and long-skirted women who were the idealistic pioneers.

My parents headed west like Gene Wilder’s character Avram Belinski in “The Frisco Kid,” landing in the free speech movement at Berkeley University, with their Chabad center being housed in the campus epicenter, on fraternity row. My father recalls feeling like an anchor in the midst of a stormy ocean for the Jewish students, who were far from the homes in which they were raised, often in both distance and ideology. My mother was surrounded by women – students, professors and community members – who were staunch feminists and challenged her and her Orthodox observant practices every step of the way. They didn’t understand the patriarchal lean of traditional Jewish practices: how could my mother possibly be satisfied with what they saw as a life of inequality as a (Jewish) woman?  My mother was young and smart, and she took the criticism of these women in stride, since she felt empowered by her choices and lived a satisfying life. She studied with women who were very different from her, she spoke up for them when she thought their ideas had merit, she talked with them at length about their desires to change the status quo in traditional Judaism.

My mother will not go down in history as the observant feminist leader that many of these women wanted her to be, but my personal understanding of feminism began with her. I will never forget her matter-of-fact assurance that she is a feminist, and how strange I thought that was. The feminists I had encountered had such a specific look and demeanor about them, and my young self could not apply those attributes to my own mother; many feminists I knew wore no make up, “masculine” clothes, and seemed to care little for physical adornment; plus they seemed so serious. My mother, on the other hand, wore makeup every day, high heels, coiffed hair and a big smile. So began my musings about feminism and its relevance to my life. I clearly needed to graduate from my stereotyping, and see things from a broader perspective.

All through high school and post high school studies abroad I attended all girls’ schools, but was free to make my own choices about studying, friends and activities.  My brothers went to all boys’ schools which at times seemed more fun, but their rigorous yeshiva schooling and the tediousness of their prayer obligations seemed to outweigh any extra fun they might be having. I was happy I was a woman, and my life was good.

Throughout my blissful and unencumbered years living at home, my mother worked almost full-time, and had almost full-time help with the housework and childcare. My mother was a real estate broker, which allowed her to make her own hours, which were mostly while we were in school. She gave birth to 5 of us, breastfed us all, and was always home for us when we walked through the door from school.

My parents never told us anything that would make us think that, as daughters, we were any less important than the sons. My father never uttered a chauvinistic joke or sexist remarks. My brothers had equal responsibility in our chores, and as far as housework, my father did anything my mother did, except arranging flowers—that was my mother’s specialty. I distinctly remember him making my pigtails many-a-morning.

In my mid 20’s, when I became a mother, I began to think about feminism more concretely. I was personally experiencing the demands placed on a woman as a mother.  Whereas before I did my own thing, now I was confronted with concepts of self-actualization, the idea of “me-time,” trying to balance my work and home life, navigating all of the intricacies of being my own person, and now being someone else’s most important person, – a.k.a., a mom. In the early days, when I first became a mother, I was also teaching high school, a few afternoons a week. As my own brood grew, so did my teaching responsibilities: eventually I founded my own early childhood educational center, and serve as its director.

Most of my struggle was practical: how to manage my child, my marriage, and how to stay sane.  And then I started to hear about the struggles some moms were feeling. They felt that what they were doing was not only difficult, but that it was also a great personal and professional sacrifice.  I knew about sacrificing my figure, my sleep, my alone time and the freedom I was used to in my relationship with my husband, such as being able to have an unencumbered adult conversation. But my contemporaries felt that they were sacrificing a piece of themselves; they mourned the loss of their careers and their self-worth.  The media echoed this, taunting us with concerns like, “How can you tend to your baby, while, with each month on maternity leave, a rung on your ladder to success is vanishing?!”

I started to think about how painful that would feel; to not only handle the natural struggles that come with the physical drudgery of caring for a helpless baby, but to also have the nagging feeling that what I was doing was of detriment to me.

I felt like I was literally at my capacity raising my children; the thought that somehow I was meant to be more and accomplish something greater than simply raising my little humans, seemed like cruel and unusual pressure.

My sadness and compassion for these other moms did not come from a place of wondering why they would have careers – since I myself work outside my home – nor did it come from the belief that a woman is not as well-suited for any job as her male counterpart. Rather, it came from wondering how anyone could function as a mother if she did not believe that she was engaging in the most important job of all, without wondering what “more” there is.  It is hard as all heck work (the diapering, feeding, burping, bathing) and sometimes it is so painfully boring – mind numbing, really- but important nonetheless; and rewarding beyond measure.

So here is my version of feminism. It is the version that my mother – who worked full-time and mothered us all – taught me, and the version that I hope I will pass on to my six daughters. Practically speaking, you cannot be superwoman in two places: so decide which comes first and find ways to be content with that decision and focus. If your work on career takes the number one place over your children and family, then you will probably get very far. You might climb to the highest rungs of your career ladder, but accept that your family dynamic will indeed suffer. Your childbearing and child-rearing years are really quite short in the scheme of things – if you choose motherhood, you might never make CEO but your work on raising a family is critically important and valuable.

I appreciate the uniqueness of my being female in a way that doesn’t focus solely on climbing other ladders, at least not to the very top. And no outside pressure should denigrate my choices.  My identity as a strong and competent woman – and feminist – is multilayered and not easily defined, but it is most actualized for myself through my relationships and through my children. I believe that I am quite literally doing the most important job in the world for the people who matter most to me; no client, customer or shareholder is more important.  I work hard to earn a living and give to the world around me, but I will double down and use every ounce of my energy, talent, creativity, and intellect to do the job I created for myself the day I gave birth to my first child— my job as Mother. 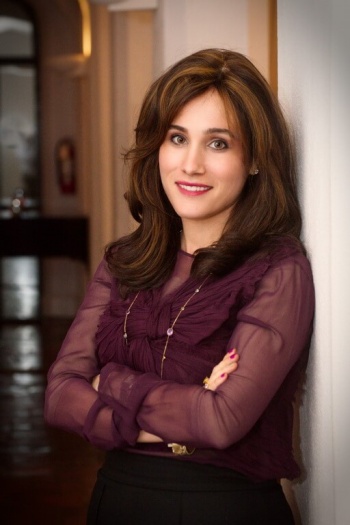