We’re thrilled to bring you Mayim’s special interview with writer Kate Siegel, who has been sharing texts and messages from her “@crazyjewishmom” on Instagram since last November. Now, she’s written a new book, Mother, Can You Not? which is making waves for its candid and funny portrayal of Kate’s relationship with her mother.

Mayim Bialik: Hello! So glad we could talk; I know you and your mom are doing a ton of press right now. Thank you for making time to talk to me. Let’s get started! I have a very close relationship with my mom, and there are certain things that I can’t imagine experiencing with my mom that you experience, and there are also certain things that I couldn’t imagine sharing if they did happen, which you are very open about.

Your interactions with your mom are through texting and all of the amazingly bizarre and funny things she texts you about – when I was in college, texting wasn’t even around yet, but when you were in college, that’s how you and your mom communicated, right?
Kate Siegel: Yeah… she’s always texting. I’ve been screen-shot’ing the hilarious things she sends me since she started texting with me. 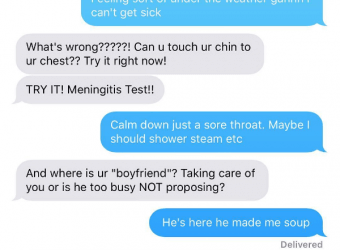 MB: Tell me about how people respond to some of her comments, especially in her attempts to help you find a man.
KS: That’s actually one of the things I was really excited to write about in my book because my mom (Kim Friedman) gets this bad rap for being this “backwards woman who sets women back 100 years” when, in fact, she’s actually a feminist. She was one of the first successful female television directors in a time when there were no female television directors. She directed “Beverly Hills 90210,” “The Love Boat,” etc., and it was such a boys’ club back then. She’s really funny and she’s aggressive, she’s bold, she’s ballsy. At the end of the day, my mother is no different than any other mom. She wants the best for me and the truth is she wants me to have everything that I want. I happen to be a heterosexual woman who wants to get married and have children! If I were a lesbian, this would be a very different conversation. And she would be pushing me to do whatever I want in that area. But baseline, these are the things that I want and she’s always pushed me to have the things that I want in my life.

MB: Yeah I think also you know, if you come from an ethnic background at all, there are definitely women with your mother’s kind of sense of humor and sense of brains and wit that often is not understood by a lot of people, and I definitely can feel that when I read this sort of stuff. There are women in my family that would say the kinds of things your mom does, but if someone doesn’t know that type of person they could be very put off.
KS: Totally. 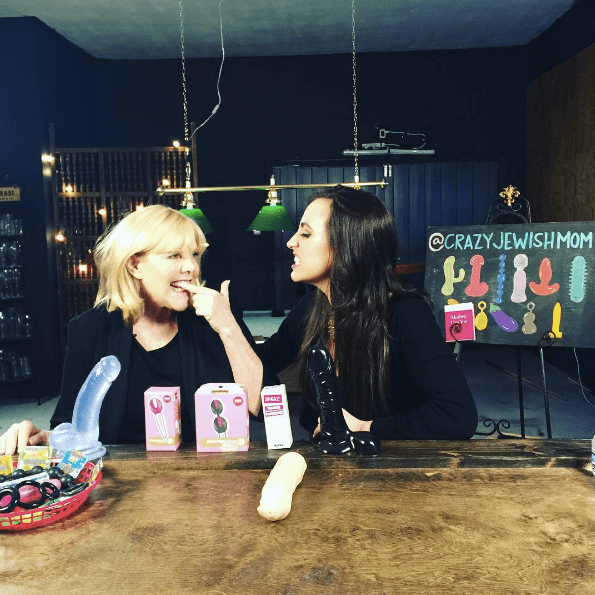 MB: Although some of her advice or suggestions – even the tongue in cheek stuff-  a lot of it does feel to a lot of young women very old-fashioned, but in a lot of cases it’s also very true! And I think a lot of people get turned off by that when it’s about dating because we want to sometimes think, “You can get out there like guys do and have sex with whoever you want and it’s not a big deal; it’s just sex, have fun!” But I wanted you to talk a little bit about that because on the one hand, I feel like you kind of have to defend her and say she’s hip and she’s a feminist but the fact is that a lot of the old-fashioned advice from her generation’s time hasn’t really changed just because culture wants it to.

KS: Yes, this is kind of the way the world works. And it is sort of this delicate balance of managing her feminism; I see her being very conflicted. She’s trying to reconcile her feminism with some of the stuff that practically works and would help her daughter have the best and well, get what she wants. She would love to tell me “Don’t shave your legs, focus on your career, have sex with whoever,” but that’s not the way it works. As difficult and uncomfortable as some of the things she says about dating and being married are to swallow for someone who is a staunch feminist, that’s the way society is right now if you want to get married or be in a long-term relationship.

MB: The last question I had was, how do you decide what to keep private and what not to? Like are there things that you don’t publish that happen between you and your mom in communication? Does she give her consent? I’m just curious if there’s ever anything that it’s like you really don’t want to put something out there, but you feel like it’s just so much better to put out there because it’s funny and it’s what you do?
KS: Very early on when I started this whole thing I said, “Mom, you know this is an idea that I have, and are you game?” And she said “Yeah, fabulous, go be Mark Zuckerberg!” And so I started sharing her messages and there was one time when she got stressed because I think her sister emailed her because her sister was on Facebook and saw that I was posting these messages. The ones I posted were actually very tame, like “Oh, why are you wearing that blouse?” Something like that. 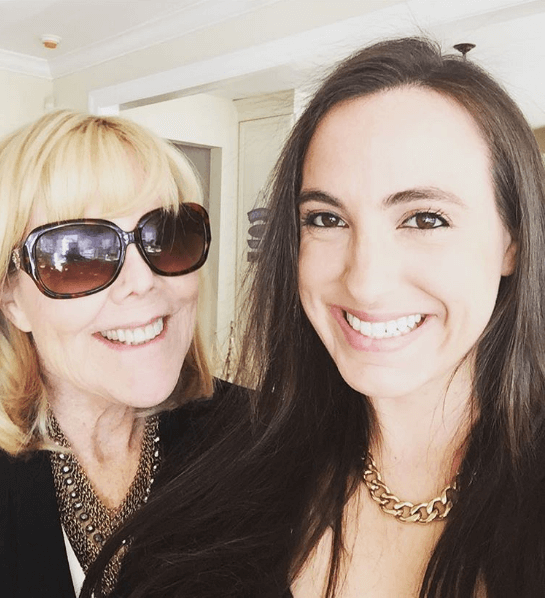 And she got really spooked and she was like, “Oh wait, like what are you doing!? My sister is looking at this!” and I don’t think she realized the scale of it. And it hadn’t even gone viral at that point but for whatever reason, that one shook her and so I went to her and I felt so guilty because with this project I never want her to be uncomfortable and I want her to be happy; I wanted it to be a fun thing for both of us. And I said listen, we can stop, there’s no reason I need to be doing this, I can stop it right now and I said I’ll stop doing this now. But if I’m going to do this, we have to be pretty open and honest because if we have to check in with each other and you won’t be comfortable sharing certain things, (within reason of course), I don’t think this will work.

And she had this moment where she was like, “Oh yeah whatever. Go ahead. I don’t care.” And she hasn’t cared at all. She doesn’t care what people think at all. Like, I think that she is at a cool place in her life.

And in terms of privacy, I think on one hand you want to put everything out there but at the end of the day, like my followers having a good time is the most important thing- so you know I think that’s what it’s all about— that’s what people are there for. And so there are things I think are funny that I don’t necessarily post because you know I don’t think it would be well received with my audience and there are some things I don’t post because I don’t want my mom to get in trouble, and then of course like I think at the end of the day I’ve sort of learned and figured out what is going to play well and what is not going to play well and at the end of the day it’s about their enjoyment and that’s really what I try to do.