[Featured image: A necklace the author purchased after her second miscarriage in order to memorialize her losses]

(Editor’s note: October is pregnancy and infant loss awareness month. We reached out to writer Talia Davis Haykin, who has been open about her experiences with miscarriage, for a piece about how to help support women and families who have struggled with this painful kind of loss. We hope that it will help women who have experienced miscarriages to know that they are not alone, and also help those of us who want to help, support or care for those women do so in a way that is helpful. Thank you, Talia, for sharing your story with GrokNation.)

Between April 2014 and September 2014, I had been pregnant three times. The first two pregnancies ended in miscarriage, the first at 7 weeks and the second at 12. At that point I was diagnosed with recurrent miscarriages and we were able to test the second baby. She was a little girl who had Turner’s Syndrome. On Mother’s Day in 2014, I came out to the world that I had a miscarriage by writing about it in my blog and on Facebook: the moment I went public, I became a resource of sorts for other women (and men) who have experienced the loss of a baby (both in utero or shortly after birth).

The studies about miscarriages are relatively small, so the risk factors aren’t always clear. The majority of miscarriages come when the baby has a fatal genetic problem but other causes of miscarriage include infection, medical conditions in the mother (clotting and thyroid are big ones here), cervix issues and the list goes on. At the core, doctors don’t know why many miscarriages happen. They are common enough that first (and often second and third) miscarriages are brushed off as normal. One big reason we hear more about miscarriages these days is because we now also have tests that can detect a pregnancy prior to the missed period, the time when many miscarriages take place – and when a woman may not even know that she has been pregnant and miscarried. Prior to the invention of these tests, many women got pregnant and miscarried without even knowing it. What it boils down to is, even if you are unaware of it, you probably know more than one woman who has miscarried a pregnancy.

(More information is available here, and here if you are into statistics.)

One thread of commonality that I have found with all of the stories that I hear, my own included, is a lack of expressed compassion from friends and colleagues. Now much of this, I believe, comes from the fear of saying the wrong thing, which is valid — after my miscarriages, I got a lot of weird and strangely hurtful comments from people that I was fairly close to. But the absence of comment can also be hurtful. It’s a touchy situation. Do you ignore it? Do you talk about it? Who has the right to bring up the subject? I’ve had moms tell me that they felt pressure from their community that they shouldn’t grieve for their lost child because they had healthy, living children. There are so many minefields when it comes to this, just like with any other sensitive topic, especially topics related to grief. But one good thing to say to a mom (or dad) who suffered a miscarriage Is, “I’m sorry for your loss. Is there anything you need?” “Do you need to talk?” “I need to grab something at Target, do you want to come with me?” These kinds of things focus on caring for a person who needs it, whether that person needs a shoulder to cry on or practical help motivating her to leave her home and run errands. Each person’s needs are different and so are their reactions, but the important thing is to focus on not your own need to express how sorry you feel for them but rather that you are there, unconditionally.

When we lost our first baby, a friend came by with a whole pan of cinnamon rolls and left them at our door. She didn’t ask if we needed anything, she just texted my husband and told us that they were there. I didn’t want to see anyone… but it was the perfect reminder that I wasn’t alone.

Just like with any other loss in life, it’s impossible to get a statement of consolation perfectly right, but you can get close. When you are thinking about saying something to a friend who had a miscarriage ask yourself, “would I say this to her if she had, G-d forbid, just lost her dad or another family member?”

Maybe this will get me in trouble, but I truly feel that there is some responsibility on our part (the mothers and fathers of babies lost) to be patient and help our friends and family navigate this. When you see people struggling around you, not sure what to say, tell them what you need. Remember, no one is a mind reader. Tell your acquaintances, “I’m not ready to talk yet.” Tell your close friends, “I really miss my baby and I’m sad. Can we go watch a silly movie and get ice cream?”

Another group of people who should be more sensitive than they seem to be is the medical providers who see us while we are pregnant and who also see us when we’ve miscarried. Sometimes, the body expels the miscarriage, in other cases – like mine – the miscarried baby stays inside and requires a doctor to remove it in a surgical procedure called a D&C (dilation & curettage) surgery. At my second D&C, the woman checking me in jabbered on for what felt like hours about how many babies were being born that day and oh my goodness, so many women going to labor and delivery. It’s not her fault. She didn’t look at what she was checking me in for… but it still hurt. She could have taken a second to look at the reaction on our faces, my husband and I were visibly distraught… more and more so as she spoke.

One friend told me that she recently had a miscarriage and not one person in her doctor’s office expressed any compassion or condolences when she went back in for a checkup. In fact, the doctor at the ER I went to with my first loss (I went in because I was bleeding) told me that it’s not that big of a deal, that we were still pretty early in our trying, adding that he and his wife had been trying for 10 years so I have plenty of time to have a baby. Not. Helpful. Not. Kind. Our providers need a little reminder that while they deal with this on a daily basis, we don’t. And that heartbeat that they can’t find anymore belonged to a very real baby who we had dreamt of and loved from the moment the pee stick turned positive.

Having spoken out, I am open to the conversation, and find myself speaking out for women who have had a miscarriage. I feel bad when I make someone else uncomfortable by being candid about my losses. People just aren’t used to that. But miscarriage happens to 1 in 3-4 pregnancies, and if we don’t talk about it, women and men who experience it will continue to feel isolation. For so long we have all operated as completely separate individuals, putting on a veneer for social media but the reality is that so many of us struggle with the same problems. Sharing our troubles, our learning, our failures and successes makes life better. 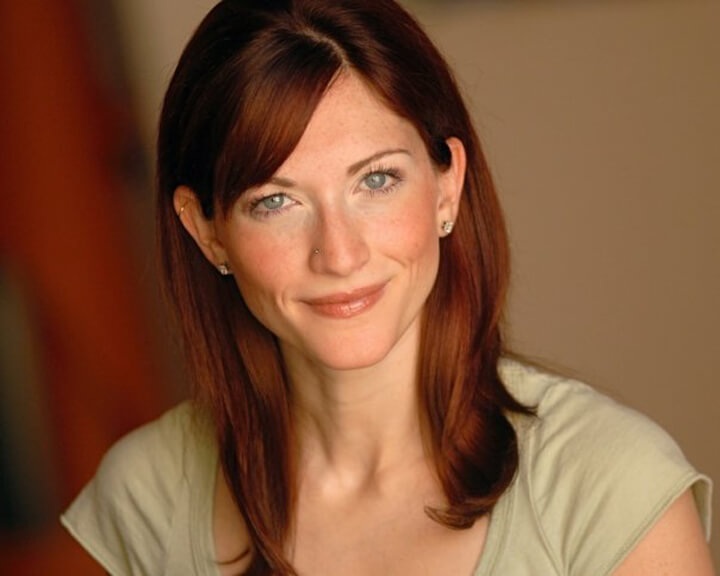 Davis Haykin is a Denver based freelance writer, social media strategist, and reformed actor. She is also the mom of a (very handsome) little boy and pup, Soba Schnoodle. In her free time (ha) she and her husband grow thousands of pounds of food each season and make award-winning hard apple cider. She also occasionally blogs at Talia, She Wrote.