If you’ve woken up every day of 2017 wondering if a rogue Slytherin has cast a massive Confundus Charm (a magical confusion spell) over a large portion of the United States, you’re not alone. With Donald Trump as the new Commander-in-Chief, life has begun to feel more like a reality show than, well, reality. Perhaps that’s why people are turning to fantasy and science fiction to make sense of current events, looking to our favorite stories for both understanding and guidance: What would Princess Leia do? And how could Harry Potter – the Boy Who Lived – help us find magic that will save our humanity?

One fandom that has undergone a resurgence during these trying times is Harry Potter, partly thanks to J. K. Rowling tweeting her part for the resistance. But Harry Potter has and always will always be a jumping-off point for social change, promoting issues such as gender equity, racial justice and media reform. As Rowling said in her famous commencement speech: “We do not need magic to change the world, we carry all the power we need inside ourselves already; we have the power to imagine better.”

Before we can “imagine better,” we must first understand what needs to be fixed. After enjoying the whimsical wonders of Diagon Alley, Hogwarts and Hogsmeade, Harry gets “woke” – becoming aware of the racism, classism and fear-mongering propaganda that also permeates theses places, not to mention a parade of government officials who range from ineffective to downright fascist. The rise of a despotic megalomaniac – Lord Voldemort, you may have heard of him, or at least that he should not be named – occurs because of pervasive paranoia about and intolerance of “the other,” including House Elves, Muggles, and witches and wizards with Muggle heritage known pejoratively as “mudbloods.”

Albus Dumbledore spoke a solemn truism in The Sorcerer’s Stone when he remarked that “humans do have a knack for choosing precisely those things that are worst for them.” Like Minister of Magic Cornelius Fudge refusing to accept the return of Voldemort at the end of The Goblet of Fire, many Americans – including large swaths of the media – dismissed the real possibility of a Trump presidency, and perhaps not taking the idea seriously led to its actualization.

Trump’s first weeks in office have reinforced the parallels to the Potterverse. When Trump fired acting Attorney General Sally Yates for refusing to support his new immigration policies, it eerily recalled Dolores Umbridge firing Hogwarts professors with established loyalties to Dumbledore in Order of the Phoenix. (“Executive Orders” sound so similar to “Educational Decrees,” especially when issued so quickly.)

Umbridge, easily the most hated character in the Harry Potter canon (Voldemort included), was also responsible for leading the Muggle-Born Registration Committee in Deathly Hallows. As Voldemort and his hate-fueled followers began to infiltrate the Ministry of Magic, this Committee was established to keep track of all witches and wizards with ties to Muggles. Under this rule of law, many Muggle-borns were forcefully interrogated and accused of “stealing” their magic from “real” witches and wizards. It’s not too difficult a leap to make to the idea of a Muslim registry, and to stricter immigration policies created to prevent immigrants from “stealing” the jobs of “real” Americans.

Another concern under the Trump administration has been the suppression and perversion of the truth. The EPA gag order, identifying unflattering media stories as “fake news,” and Kellyanne Conway’s spin of Press Secretary Sean Spicer’s statements as “alternative facts” are instances that reflect a government hell-bent on controlling the flow of information allowed to the public. In Order of the Phoenix, the Ministry repeatedly denies the return of Voldemort by printing stories in The Daily Prophet that discredit Dumbledore as a crackpot and Harry as an egomaniac. At Hogwarts, Harry is punished for daring to speak to the truth to Professor Umbridge, who slams him with detention and forces him to write “I must not tell lies.” But Harry eventually finds an outlet for the truth: The Quibbler, previously known for tabloid-like eccentricities, agrees to publish Harry’s story – much like the unlikely Teen Vogue leading the charge in our times.

We also find ourselves looking to Harry Potter for another reason: in order to “imagine better.” When the temptation to flee to Canada kicks in, we look to Dumbledore’s Army, a group of students who protested discrimination and undermined the tyranny of Professor Umbridge while other students either went along with her discriminatory policies or left school altogether. In our own world, the Harry Potter Alliance has been at the forefront of social justice causes for years, invoking “Dumbledore’s Army” as a means of promoting the values Dumbledore held dear: diversity, empathy and love. And we’ve seen different groups of people come together to support at-risk minorities, organizing impromptu airport protests after Trump instituted his draconian travel restrictions that disproportionately target Muslims. This mirrors a poignant scene from Deathly Hallows in which Kingsley Shacklebolt shares tales of witches and wizards protecting Muggle acquaintances from Voldemort’s Death Eaters to encourage others to combat these racist tendencies, even at some personal risk. “It’s one short step from ‘Wizards first’ to ‘Purebloods first,’ and then to ‘Death Eaters,’” he says. “We’re all human, aren’t we? Every human life is worth the same, and worth saving.”

And as we learned from the Potterverse’s perennial pranksters Fred and George Weasley, we must not discount the healing power of humor in difficult times. Amid the dreary shopfronts of Diagon Alley at the beginning of Half Blood Prince, Fred and George’s joke shop is a literal bright spot. Internet memes, parody Twitter accounts and woke babies all serve as our very own Weasley’s Wizarding Wheezes.

In the words of Dumbledore, these are indeed “dark and difficult times.” But he also said: “Happiness can be found, even in the darkest of times, if one only remembers to turn on the light.” 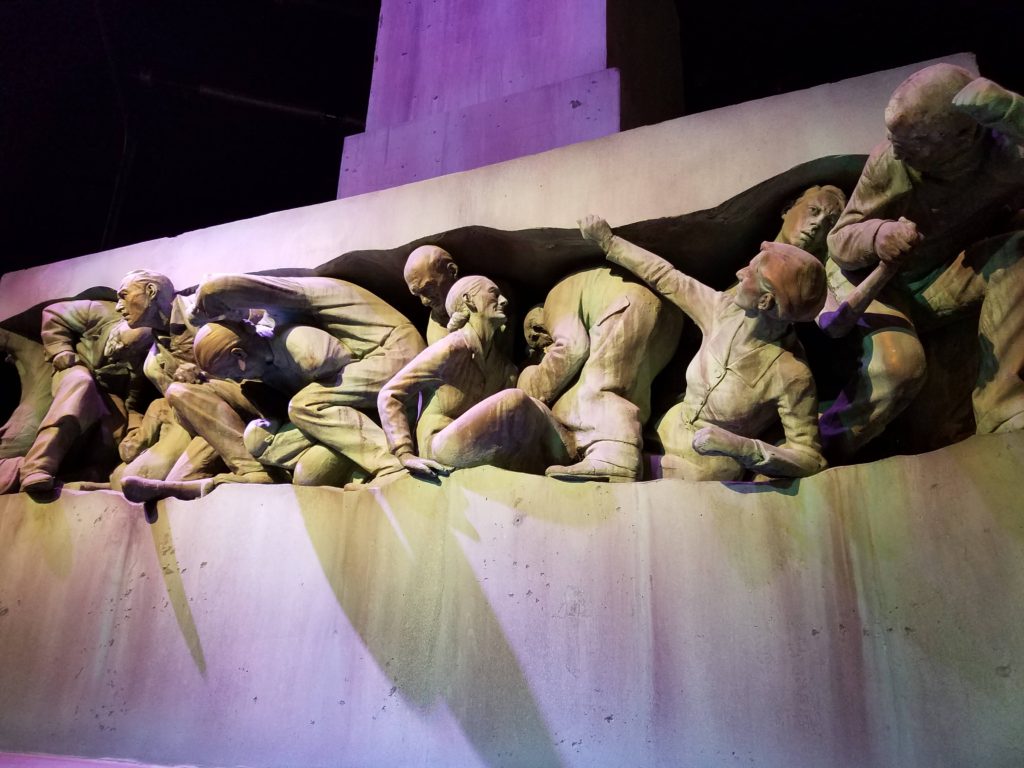 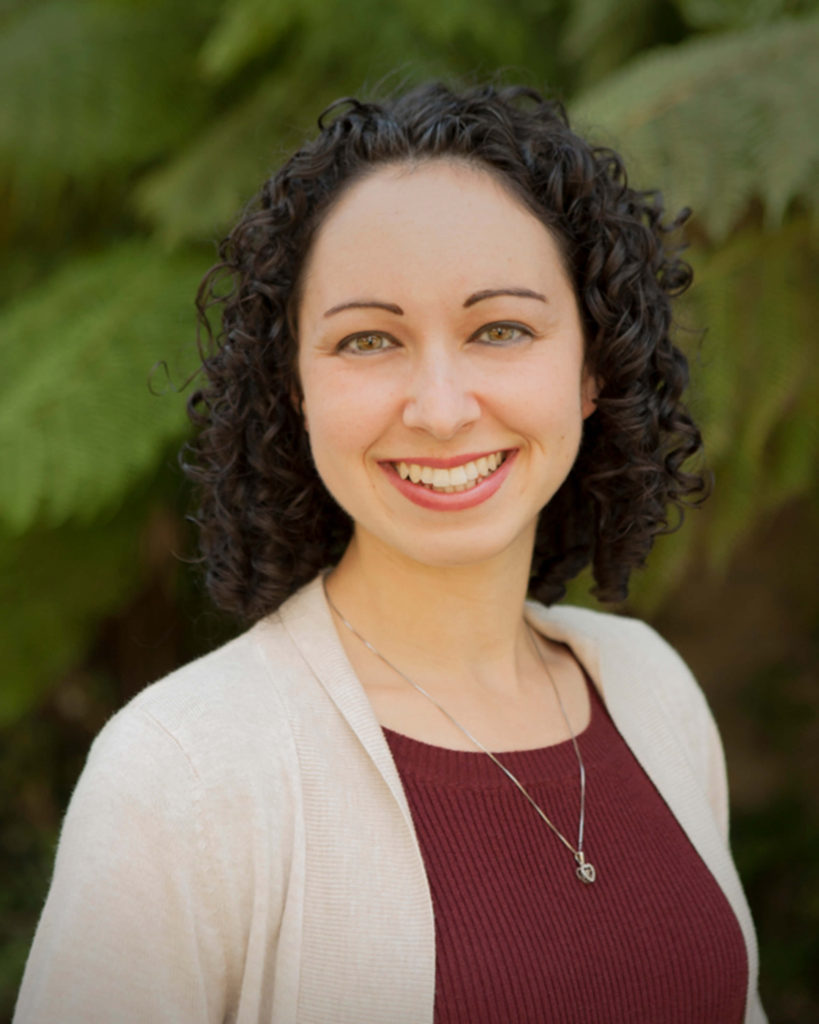 Allyson Gronowitz is a pop culture journalist living in Los Angeles, and is still anxiously awaiting her Hogwarts letter. She is a film critic for Entertainment Voice and a contributor to Polygon, The Mary Sue, Bustle, Deepest Dream and The Jewish Journal. Allyson spends most of her days defending the Star Wars prequels and writing about time travel on her site, The Fake Fangirl. She watches too much TV and would love to tell you all about it.