When Willie Nelson started Farm Aid in 1985, there were approximately 7 million farms spread across the country. Many had been ravaged by the catastrophic collapse of the farm economy of the early ’80s—smaller family farms just couldn’t keep up with corporate farms. Farm Aid was there providing grants to struggling farmers. Many family farms are still struggling, 33 years later.

Family farms are now facing a new financial crisis. Only 2 million farms remain in this country, and 90 percent of them are non-corporate family farms, fighting for survival. Eighty-five percent of US farm production comes from small farms, but because of policies and legislation created in the past couple of decades that have benefited large factory farms, small farmers are finding themselves in tough situations; some have been forced to decide between feeding their own families or their dairy cows. Others are forced to sell off land in order to make payments so the entire farm isn’t taken away.

And Farm Aid, along with board members Willie Nelson, John Mellencamp, Neil Young and Dave Matthews are back for yet another year to raise money to help these farms sustain themselves.

After all—as I heard repeated the entire time I was at Farm Aid 2018: “No farms, no food.” 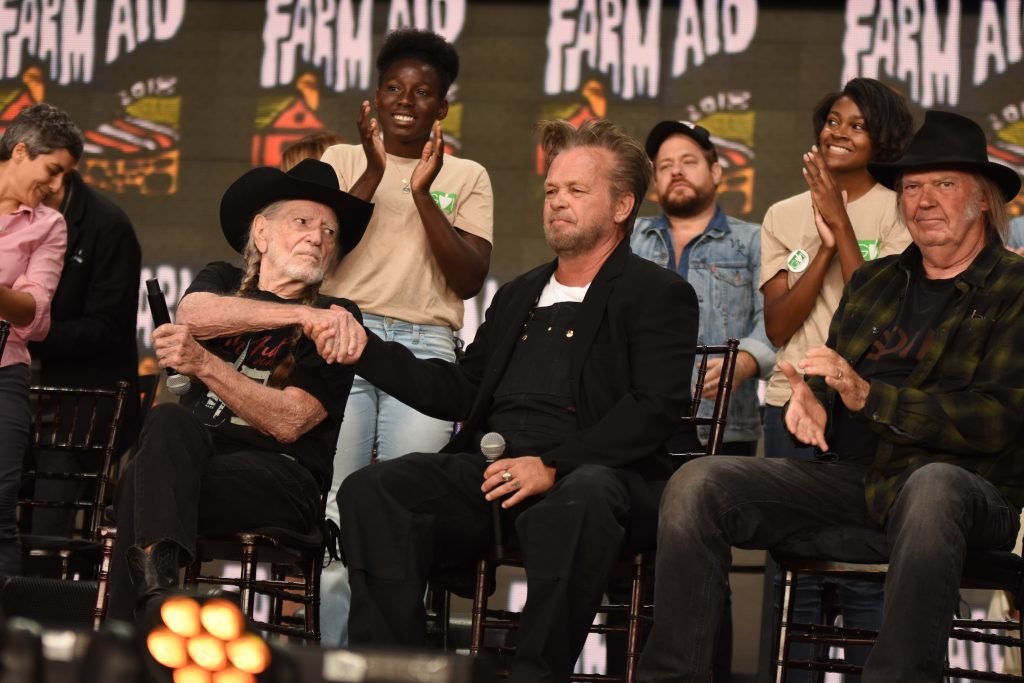 Farm Aid is a music festival unlike any I’ve ever been to before. And while the music happens to be on center stage, it’s the stories of local farmers that steals all the attention. From family farmers 10 generations deep trying to figure out how they can afford to keep going to urban farms changing the lives of their communities, each new story shared provides more insight into how important food justice and access to fresh food is.

I spoke with Alexis Martin and Delisha Ramsay, two young women who have been working at Reservoir Community Farm, in Bridgeport, CT —a city where food deserts are prevalent and local public schools struggle to provide fresh food to their students. The urban farm was a new experiences for both Alexis and Delisha, as they never saw much reason to get down digging in the dirt before. But now you can find both of them elbow deep in dirt surrounded by all sorts of bugs and bees, helping to grow healthy and fresh food for their community. 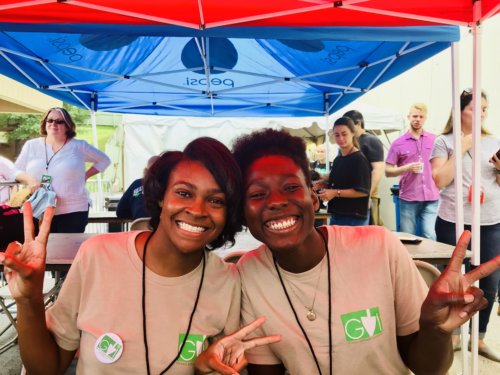 “I’ve seen the farm change over the course of time,” says Delisha. “I remember transforming the space from a strip mall to an urban farm — that we’re able to impact the community like we do, to impact the lives of young kids? It’s amazing. And I’m not done yet.”

If you have easy access to a grocery store and can afford the fresh produce available, you might not stop and think about the plight of small farmers and how — eventually — it will impact you and your nutrition. But there are many people who don’t have that luxury of time and are already in a place where access to healthy food is limited. Combine that with farmers who can no longer afford to keep going, and we are headed into a real food crisis in this country.

What's All the Buzz About? Beekeeping 101 Workshop

In addition to helping out family farms, Farm Aid is committed to teaching others all about them. At the Homegrown Skills tent you could catch a variety of experts sharing tips on everything from cheesemaking to dyeing cloth with plants and even making paper out of hemp!

Above, Stonewall Apiary owner Stuart Woronecki talks about the importance of saving the bees.

Festival attendees were able to buy local right at the venue. There were a handful of youth-run stands peppered throughout the area selling fresh apples, peaches, plums, and pears from nearby farms.

Do you want to eat Sewage Sludge?!

Many organizations had booths under a large tent in the Homegrown Village section of the festival. Some promoted local farms while others were offshoots of national organizations like the ASPCA. The United Sludge Free Alliance was there letting folks know about the impact of sewage sludge that can seep into farmland (I avoided taking pictures of the physical symptoms some people have experienced, but trust me, it is NOT pleasant).

Make it a point to know where your food comes from. Odds are, when you buy local, you can talk to the farmers to find out about whether they use chemicals or are near a sewage runoff. Remember, you are what you eat!

One of the booths inside the Homegrown Village was from the Mohegan Native American tribe located in CT. They had books on native farming, recipes featuring the “3 Sisters” (corn, beans & squash), corn husk dolls, and traditional bannock quick bread mix.

One of the sentiments that was continually repeated throughout the day was to buy and eat local. Even food vendors reminded you of this. In fact, Farm Aid ensured that all of the food sold at the festival, even from the venue’s usual hamburger stands, included local meat and produce. I enjoyed fresh fish tacos for lunch, made with locally caught fish!

I met some teens from the Future Farmers of American Association. They were excited to talk about all of the things they are learning and doing. With the number of farms nationwide dwindling, the FFA is a crucial organization dedicating to promoting farm work.

Representatives from Pete & Gerry’s organic, free range eggs were there to talk about the importance of sustainable and safe practices when it comes to raising chickens for egg production.

As you can imagine, food activism was a big topic of conversation at Farm Aid. Not only does the organization want to help farmers, they want to help everyone access the food farmers raise and grow. Right now, around 23.5 million people live in a food desert (areas where residents lack access to affordable, fresh, unprocessed, healthy food), which can lead to malnutrition and a variety of health concerns. Not only do we need to work toward supporting small farms, but we should be ensuring that food makes it into the mouths and bellies of those in need.

How You Can Help: 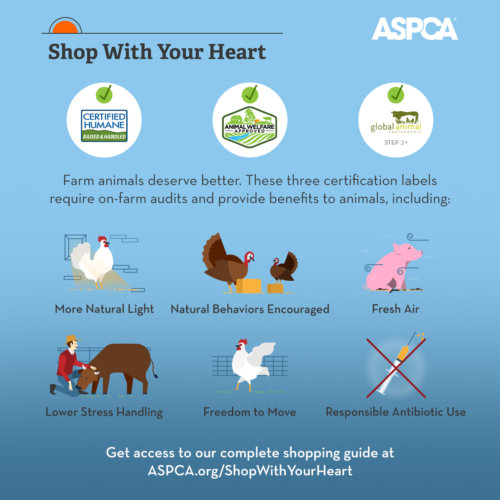