The new face of the revolution is Emma González, an 18-year-old, bisexual, Latinx from Parkland, FL. Only two days after a horrific mass shooting at Marjory Stoneman Douglas High School took the lives of 17 people, senior Emma González stepped up to the mic at an anti-gun rally in Ft. Lauderdale. Her riveting 11-minute speech hit an already frayed nerve, and immediately went viral, cementing her status as one of the standout voices of her generation. She promised those watching that her school would be “the last mass shooting” and that this tragedy would be the catalyst that would “change the law.” She also called out politicians who take money from gun lobbyists. And, she rallied the crowd by naming NRA talking points and calling them out:

“They say that tougher gun laws do not decrease gun violence: We call BS!

They say guns are just tools like knives and are as dangerous as cars: We call BS!”

While it was a sickening tragedy that catapulted her into the spotlight, González has taken on the responsibility. It is her tireless effort and commitment to solving a problem that politicians have so far been unable to tackle productively that makes her our inaugural Badass.

In the aftermath of the Parkland school shooting, when so many of us were wringing our hands, awash in fear, sadness, and anger, and shouting into the winds of Facebook, Emma González and her classmates began taking action. They organized March For Our Lives, a student-led march against the epidemic of school shootings on March 24th in Washington DC and around the country.

Not many have endured what Emma González and her friends have. And if Emma has her way, nobody else ever will. When CNN hosted a town hall with students from Marjory Stoneman Douglas High School, Emma González spoke directly to NRA spokeswoman Dana Loesch, asking her about the organization’s stance on automatic weapons and bump stocks, like the ones used in the shooting at her school. Loesch side-stepped and answered everything but the actual questions. The high school student would not accept the non-answer and pushed Loesch to answer. And to drive her point home, González directly addressed Loesch:

“I want you to know that will we support your two children in a way that you will not,” González told the NRA rep, emphasizing the lack of concern the gun organization has for student lives. 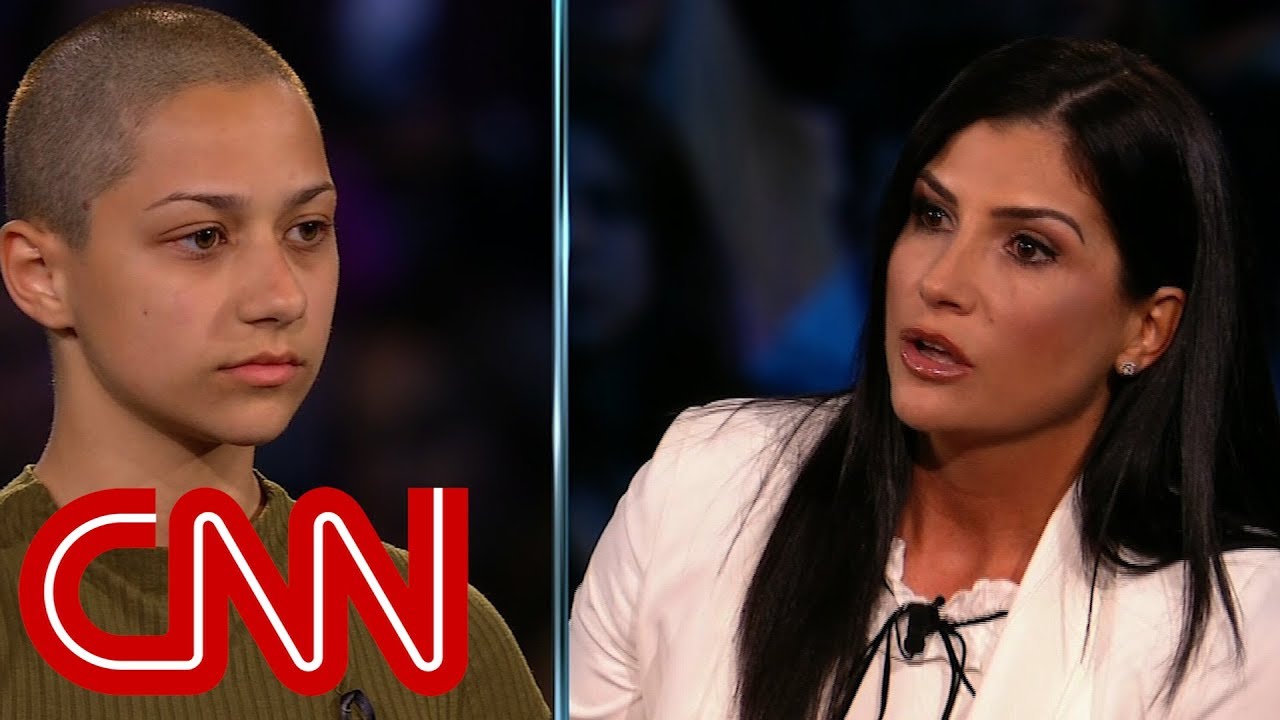 This badass isn’t afraid of making her goals crystal clear, either. “What would make the death bearable is if the NRA was destroyed and if we were the ones to destroy it, at least for me,” she told People Magazine. To that end is the March 24th March For Our Lives, which will take place in Washington, DC. The event has already received millions in donations and it’s estimated that over 500,000 will show up in DC, with many more marching in their hometowns around the country.

González is speaking and folks are listening. And they clearly want more. In just her first week on Twitter (she created her first account after the shooting) she amassed more followers than the NRA. Yup. And she now has over a million followers.

She’s also still a student. In addition to all of her other activism, González is president of her school’s Gay-Straight Alliance club, and like most high school seniors, deciding where to continue on to college (it’s currently looking like the New College of Florida).

It’s true. So many people are shocked and surprised that these high school students are leading the charge against gun violence. But we’re not. We know that teenagers are passionate, brave, hardworking, and incapable of understanding the word “no.”