If you are new to The Instant Pot Diaries, here is what you need to know: I’m an analog cook (I don’t even know how to use a microwave—yes, it’s true!). So I didn’t anticipate taking to an Instant Pot like I’ve seen so many people on my social feeds do. (For those who might not know, an Instant Pot is a multicooker, which is an electric pressure cooker that also has functions for slow cooking, sautéing, steaming and yogurt making—all in a single pot.) But based on the cooking device’s popularity, I decided to give it a try and have become a semi-convert.

But, first, there was a bit of a learning curve—which is what I wrote about in my first Instant Pot Diary. (You can catch up here.) With the basics mastered, I decided to try out making yogurt.

My favorite yogurt—White Moustache, made in Brooklyn—costs $6.99 for a mere eight ounces. It occurs to me that if I use a bit of this yogurt as a starter, perhaps I can replicate the taste, especially if I work with Hudson Valley Fresh milk, the brand White Moustache uses. 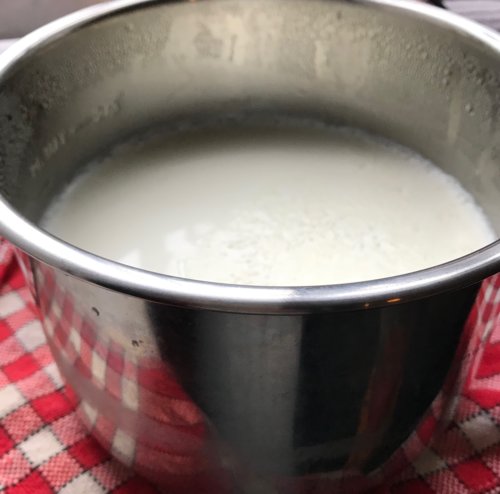 I made yogurt one night. Here it is the next morning. After it cools down in the fridge I will strain it to make it thicker (i.e., to make Greek yogurt). But it’s fine this way, too. Mary Clarke

My first try fails. After incubating eight hours, the milk hasn’t set—it’s still liquid. I Google “homemade yogurt fail” and deduce that my starter was probably not fresh enough.

With my second and subsequent attempts come success. The Instant Pot yogurt is really, really good, though I have yet to master the silken, pillowy texture that is White Moustache. But savings are significant when you DIY. Though once you strain the yogurt you lose a lot of volume. I am spending $7 for milk that yields 64 ounces of yogurt.

I even manage to duplicate White Moustache’s addictive sour-cherry-in-syrup flavoring after an exhaustive search that leads me to Kalustyan’s—a global specialty market in NYC’s so-called Curry Hill. There I find frozen, pitted sour cherries, which I macerate in coconut palm sugar, and bring to a slow simmer for about 10 minutes. (If fresh or frozen cherries can’t be found, ready-to-use Trader Joe’s Dark Morello Cherries in Light Syrup gets rave reviews from the likes of America’s Test Kitchen.) 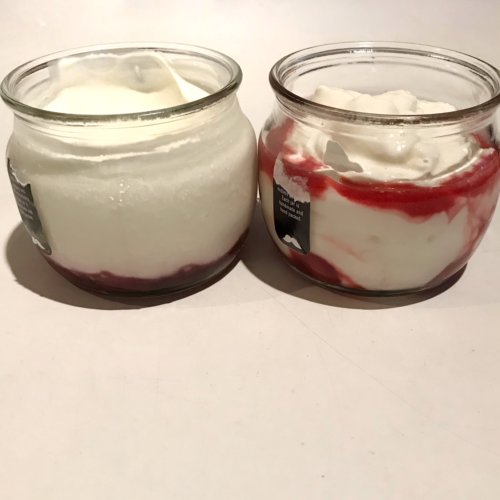 Difficulty: Yogurt becomes easy with practice. Several steps are involved, which include heating and then cooling the milk to specific temperatures.

Rating:
If you have the time and patience to DIY yogurt, it’s worth it.

Note: You will need a thermometer.

Update: Lately I’ve been too tired or too busy to make my own yogurt.

Update #2: There’s been much chatter about faster “cold-start” or “no-boil” yogurt, which bypasses the heating/cooling steps by using ultra-pasteurized milk instead of plain milk. You can find the step-by-steps here. I haven’t tried this method. It seems logical that the milk you start with determines the final yogurt results. Ultra-pasteurized milk tends to be flat and without much taste.

What about you? Have you tried to make yogurt in your Instant Pot? I’d love advice or tips—let me hear it below. Next up, I’m going to be testing rice.