Not Your Mother’s Birth Control…
by Abby Epstein & Ricki Lake

After making our 2008 documentary, “The Business of Being Born,” we have been actively involved in issues around women’s maternity care, childbirth options, and reproductive rights. Since women spend the majority of their reproductive years avoiding pregnancy, it made sense that we would turn our focus from birth to the current state of birth control, where it seems that we are sorely lacking in options.

After reading Holly Grigg-Spall’s eye-opening book “Sweetening the Pill,” we both began to reflect more closely on our experiences taking the birth control pill for over a decade and the cumulative toll this may have taken on our health and emotional well-being.  Going on the Pill has become almost a rite of passage, with girls starting oral contraceptives at younger and younger ages, frequently as a “cure-all” for both teenage acne and period problems like cramps. After the Pill, girls can now “graduate” to other forms of hormonal contraceptives such as an IUD (intrauterine device), implant, ring, patch, or shot.  It would seem that all these different formulas and delivery methods present some form of “choice,” but all these methods are based on synthetic hormones. If you wish to avoid synthetic hormones, then you are left with the option of condoms, a copper IUD, or Fertility Awareness Methods (FAM, observing your body’s fertility signals to determine when you are fertile and are likely to become pregnant).

There is no doubt that the release of the birth control pill had a game-changing impact on women’s empowerment, liberation, and career advancement.  The ability for women to be able to control their fertility is vital.  But the question we are asking in our upcoming documentary, “Sweetening the Pill” (also inspired by Grig-Spall’s book), is why, 50 years later, are we still using the same synthetic hormone-based birth control? Why has there not been innovation, like similar options for men (imagine that?) or more non-hormonal alternatives?  We have actually lost many barrier options (remember the sponge, the diaphragm, or the cervical cap?), while new formulations of synthetic hormones are continually patented and released onto the market.

In doing research for our film, one thing has become strikingly clear: most women do not fully understand how hormonal contraceptives work. A lot of younger women report that they were originally put on the Pill to “regulate their periods.”  They believe that they are actually experiencing a physiological period while on the Pill, albeit a shorter and lighter one. They do not understand that the Pill in effect shuts down their ovaries, so that instead of producing their own endogenous hormones, their bodies are utilizing the synthetic progestin and estrogen from the medication  (yes, the Pill is a medication!).  For that reason, you don’t actually get your period when taking the Pill (or using another form of hormonal contraception like the implant, ring, patch, or shot) as the body is not experiencing a menstrual cycle.  The “period” is actually a withdrawal bleed brought on by the placebo pills, a reaction to the steady stream of synthetic hormones being removed.  So the idea of “regulating your period” on the pill is, in fact, an oxymoron.

Of course, one might ask what is the importance of having a menstrual cycle?  Until recently, periods have been treated as one of life’s great nuisances and a taboo topic to boot.  But there has been a surge in the pro-period movement lately, where Twitter campaigns like #LiveTweetYourPeriod and events like Menstrual Hygiene Day, see women embracing the idea that menstrual cycles are to be talked about openly, honestly, even celebrated. In NYC, there are ads all over the subways for Thinx panties, pro-period underwear that can be worn without additional pads or tampons. The series of ads from women’s health site HelloFlo.com have gone internet viral. There is now a wide range of period and cycle-tracking apps and devices to choose from, like Kindara and Daysy, as well as many organic and reusable menstrual products, a market that is building alongside advocacy to decrease the shame and stigma around menstruation. This weekend, the Moon Landing period-positive event in San Francisco offers a full spectrum artistic celebration of menstruation. The Fifth Vital Sign is hosting a “Conversations with our Bodies” event in NYC on June 23rd (Abby Epstein & Holly Grigg-Spall will be on the panel). NPR even called 2015 “the year of the period.”

We’ve come a long way from tampon ads featuring blue liquid and women in white jeans.  In fact, even tampons themselves are being passed over for eco-friendly menstrual cups or free-bleeding. And when Rupi Kaur’s Instagram photo of a period stain was removed by the photo-sharing service, the user – a photographer who had created a series around demystifying the period – fired back with an epic response about the role of menstruation in a woman’s life and its visibility in society in contrast to other media messages about women.

All of this pro-period activism is inextricably and inescapably linked to the widespread acceptance of hormonal birth control. If women were taught from a young age to discuss, appreciate, and understand their cycles, perhaps they would be more hesitant about shutting them down?

Another troubling discovery we have made during our research is that women are often unable to identify the side effects they are experiencing from hormonal birth control, because they are not fully informed.  Around 60% of women go off the Pill in the first six months due to unwanted side effects. Sometimes these medications are tolerated well, but many times the side effects are insidious, like depression, anxiety, lack of libido, or headaches that can too easily be ascribed to just being a “teenager” or a “moody female.” Many women will begin taking an antidepressant without ever realizing that their symptoms were brought on by their birth control.  We have seen a pattern of women raising these concerns with their healthcare providers, only to be dismissed or given a different Pill or hormonal device to try instead. The prevailing logic is that something will eventually “work” and it’s just a matter of finding the right synthetic hormonal cocktail for your body.

Taking a step back here, it does seem illogical that women are medicating their entire body 24/7 just to prevent the implantation of an embryo. There must be something less toxic, less invasive, and just as effective.  After all, young women are now consciously avoiding the endocrine disruptors found in products from nail varnish to receipts, as well as synthetic hormones in their food, so why would they want to ingest an endocrine disruptor, hormonal birth control, on a daily basis? 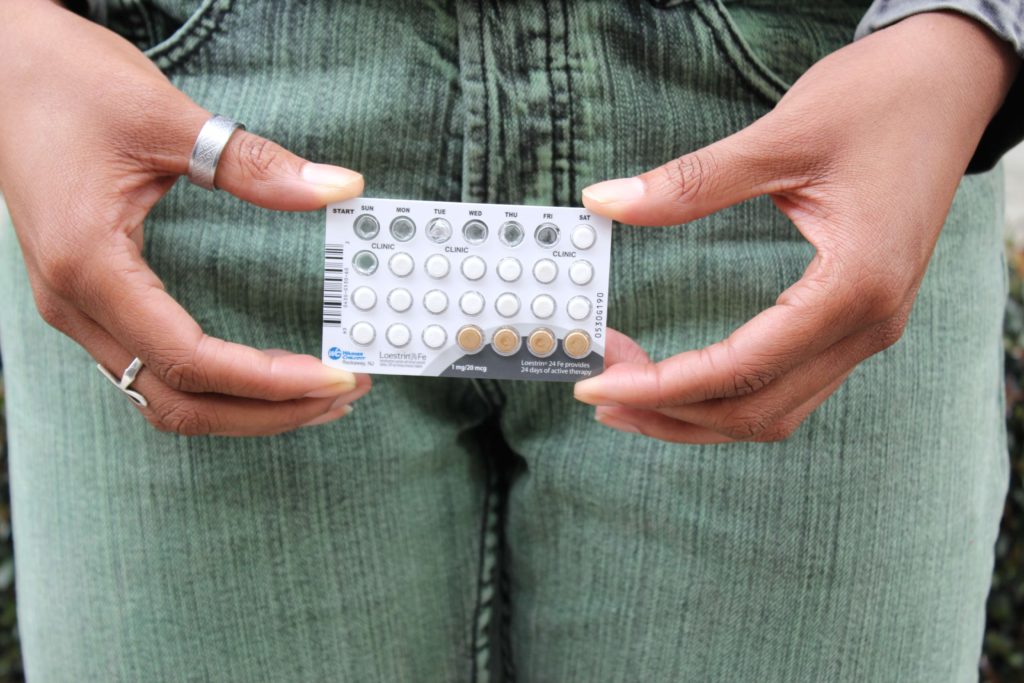 Another notable fact we discovered in our research is that taking synthetic hormones actually interferes with sexual attraction and relationships. Pheromones (the hormones we release into our environment) play a large part in our sexuality and tinkering with your hormonal cycle throws off their production.  One famous scientific experiment conducted wherein women were asked to sniff t-shirts worn by different men and rate how the smell attracted them.  The scientist found that women taking oral contraceptives were attracted to men with a more similar genetic makeup, while women who were not taking them were attracted to men with a more diverse genetic makeup, which gives an evolutionary advantage of healthier offspring, and potentially more successful relationships. Other studies have shown the reverse to be also true, that use of oral contraceptives changes how men perceive women.

Birth control is huge business for pharmaceutical companies with sales of the NuvaRing around $700 million per year, even though studies have shown it increases the risk of blood clots. (In February 2014, Merck agreed to pay $100 million to settle more than 1,700 NuvaRing lawsuits.) So with profits like that, there is little incentive for drug companies to develop any non-hormonal options.

Looking to the future, we are actually seeing that tech industry may offer some excellent solutions for hormone-free birth control.  Apple finally included a period tracker in its Health app, acknowledging that half of its users have menstrual cycles.  As our smart phones and Fitbits are increasingly monitoring our vitals, it may be only a matter of time before simply placing your saliva onto a chip that inserts into your phone will tell you definitively whether pregnancy is possible on that day.

We feel that there could be a revolution in women’s health with a growing demand for safer, non-hormonal alternatives.  Young women are speaking out about their experience with birth control side effects and cycle tracking is becoming the norm.  With a more renewed focus on body literacy and with women’s voices on reproductive health amplified, future generations may demand a better way, rejecting their mother’s birth control and embrace the new contraception revolution. 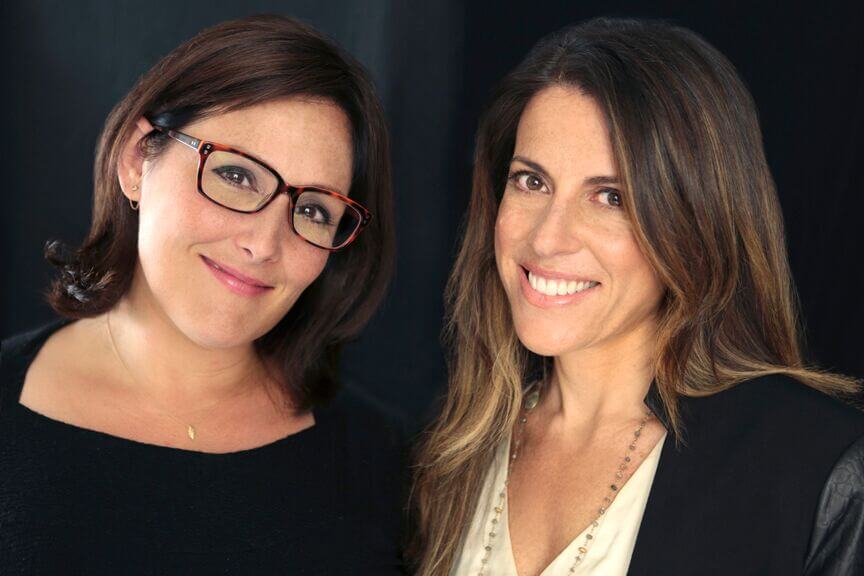 Producer and Emmy-winning talk show host Ricki Lake and director Abby Epstein are the filmmaking team behind the ground-breaking 2008 documentary, “The Business of Being Born.” The success of the film inspired their acclaimed book Your Best Birth, a comprehensive guide to childbirth. In 2011, they released a four-part follow up series called “More Business of Being Born,” featuring intimate interviews with Alanis Morissette, Cindy Crawford, Melissa Joan Hart, Laila Ali, Christy Turlington, Gisele Bundchen, Kimberly Williams Paisley and Molly Ringwald. Under their production BOBB Films, they served as Executive Producers on the recent documentaries “Breastmilk” and “The Mama Sherpas.” In addition to their upcoming feature documentary “Sweetening the Pill,” Lake and Epstein are currently in production on the film “Weed the People,” due out in 2017. All their films are available at thebusinessofbeingborn.com and you can read more about their upcoming projects by visiting rickiandabbyfilms.com. Abby and Ricki would love for you to join their community. Please sign up here to get involved.