[Editor’s note: This piece by guest writer and all-around-brilliant person Meghan Murphy tackles an important global issue that many of you may not have given much thought to. In this comprehensive piece, Meghan takes us through some of the issues involved; we’ve also provided additional links and resources at the end, and some Grok With Us questions to get you thinking and talking. – EK]

In an effort to address the global issue of prostitution, some countries have chosen to fully legalize it, creating regulated red light districts and taxing brothel owners like any other business. Alongside these efforts, the term “sex work” has been adopted and popularized in order to further legitimize prostitution as a business and a job like any other – something women “choose” of their own volition. Legalized regimes have merely succeeded in exacerbating problems like exploitation, trafficking, and organized crime, but nonetheless many Americans believe prostitution can be made “safe” – even potentially empowering for women. Other countries have opted to criminalize the whole thing, including women and girls who are selling sex because they have no other choice, effectively further victimizing victims. Clearly, the question of better solutions is necessary and needs to be more nuanced than simply “legal” versus “illegal.” This precisely what feminists are trying to achieve: an approach that addresses the complexities of the industry in a way that is ethical.

There are, essentially, two camps that feature most prominently in the prostitution debate. While, on the surface, these groups might appear to agree on some particulars, they are, in fact, deeply at odds, in a political, social, and ideological sense, when it comes to the idea of prostitution and the impact of the sex trade on both society as well as on individuals who sell sex.

On one end of the debate we have those who believe that prostitution is simply a job like any other – something that happens between consenting adults and should not be tampered with by the state. It is a liberal view that is prioritizes individual freedom and supports the idea that anything that happens “in the bedroom” is a private matter. This group believes that the sex trade should be wholly legalized and left alone, meaning that not only those selling sex, but those who pay for sex (johns) and those who profit from the prostitution of women and girls (pimps or brothel owners) are completely decriminalized.

On the other side, we have feminists who argue not only that prostitution is physically, psychologically, and emotionally harmful to the women working in the trade, but that its existence is an impediment to gender equality. Also called “abolitionists,” as these activists work towards an eventual end to the sex industry, this group maintains that prostitution exists on a foundation of inequality, supported by and perpetuating oppressive systems like colonialism, capitalism, and patriarchy. Indigenous women in Canada, for example, point out that prostitution never existed in their cultures until European men came over and put Aboriginal women and girls into brothels. Groups like Asian Women Coalition Ending Prostitution argue that the sex industry profits from and perpetuates racist stereotypes that further marginalize women of color. Af3irm, a transnational feminist organization, calls prostitution “a system of exploitation” that “thrives on a multi-layer ladder of oppression wherein the sold are the most powerless and unjustly criminalized.” More broadly, abolitionists say that women don’t exist for male pleasure, and that prostitution would not exist if we lived in a world that understood this.

On April 6, France became the sixth country to criminalize the purchase of sex and adopt what’s commonly known as “the Nordic model” – which decriminalizes people who sell sex but criminalizes the men who buy sex and those who profit through the prostitution of women (i.e. pimps and brothel owners).  This new law was celebrated by feminists around the world who believe that prostitution is an affront to women’s humanity, reinforcing sexist and racist ideas about the female body.

I am someone who believes that women and girls should be able to survive and thrive in this world without having to resort to prostitution and I don’t believe that true equality can ever be achieved so long as we live in a society that says human beings can be bought and sold, to be used and abused by those with more power and privilege. As a result of my position, my allyship with other abolitionist groups around the world, and my support for the Nordic model, I am often confronted with the following questions and arguments:

1) What if a woman enjoys or feels empowered through selling sex? Shouldn’t it be her choice to do what she likes with her body?

Sure. Of course women should be able to do whatever they like with their own bodies and, since abolitionists argue for the full decriminalization of women (and men) who sell sex, it is clear that these feminists’ goal is not to restrict women’s bodily autonomy. But the issue of prostitution extends far beyond personal choices. It’s important to look at the choices people make within a larger context, especially when that larger context involves a very long history of systemic oppression.

The fact is that prostitution preys on the most vulnerable in society. There is a reason that the vast majority of people who buy sex are men and the vast majority of prostituted people are women and girls. As much progress as we’ve made over the past century, in terms of women’s rights, men are still in a position of power in society. Even our understanding of what “sex” means is shaped by patriarchy, which is why we tend to believe sex is something men “need” from women and is defined by penetration, with a penis, that ends in male ejaculation. This is what we mean when we talk about a male-centered view of sex and sexuality.

Despite the images we see on TV and in movies that glorify the young, thin, beautiful, white, middle class escort who simply enjoys the freedom and money attached to spending the night with a rich business man (for an example, you can see this trailer for “The Girlfriend Experience”), the reality is that it is poor, brown women who are far overrepresented in the industry. And there is a reason for that.

When we talk about prostitution, we need to talk about the reasons why men think it is their right to pay for access to another person’s body and why we believe that it is reasonable for men to buy sex from vulnerable women and girls, simply because those women and girls have few (or no) other choices.

In other words, it’s not the actions of prostituted women that abolitionists think are “wrong,” it’s the actions of the men who buy and sell those women.

2) But if you don’t fully legalize the industry, women in prostitution will be criminalized.

Nope! Not necessarily. For the reasons I outlined above, abolitionists support the Nordic model, which decriminalizes people who sell sex, ensuring that women and girls victimized in the sex trade aren’t stuck with criminal records for their whole lives – something that is a huge impediment in terms of their ability to leave the industry and move on with their lives. The model flips the script by criminalizing only the men who buy sex and those who profit through the prostitution of women (i.e. pimps and brothel owners). In doing so, the Nordic model conveys something overtly feminist: “Blame the perpetrator, name the problem.” Because male demand is what fuels the sex industry and because it is men who are largely responsible for the violence and abuse that happens in prostitution, it’s important that we hold men accountable and that we look at the issue of prostitution through a gendered lens. “Naming the problem” means we need to talk about who is doing the exploiting and who is being exploited. “Blaming the perpetrator” means we need to target male demand, which fuels the industry.

3) Just changing the law won’t stop people from buying sex – it’s the oldest profession in the world, after all!

Well, actually the oldest profession is farming… but simply because something has been around for a long time does not mean we should to keep it. Murder, incest, and slavery have existed for centuries, yet we, here in North America (and in many other societies around the world), have chosen not to accept or endorse these practices. The only reason prostitution is viewed as acceptable or something “necessary,” is because of the values and ethics that dominate our society – in other words, what we believe is right or wrong — which can change. Just as people once thought slavery was perfectly “natural” and “acceptable,” but changed their minds due to what was also called the abolitionist movement, people can change their minds about prostitution. If we, as a society, truly want women’s full humanity to be respected, and if we really want to say that men are not entitled to sexual access to women’s bodies – no matter how desperate those women are and no matter how much those men can pay –  then we can.

The thing about the Nordic model is that, unlike other legislative approaches to prostitution, it isn’t just about the law. What’s most radical and most effective about this approach is that it’s about changing minds just as much as it is about deterring individual men from buying sex. When the law first came into effect in Sweden, in 1999, the it was not supported by the majority of the population – today, after seeing the positive effects, 80 percent of the population supports the law. Swedish law enforcement, too, has completely changed their perspective and approach, understanding that it is not prostituted people who are doing something wrong, but rather those who exploit them.

The great thing about being human is that we have empathy for other living things. If we value the people around us and the society we live in, we can choose to create laws and systems that encourage and support the creation of a truly just and humane world. If we can do better, we should.

4) But if the exchange is happening between consenting adults, it’s ok, right?

While consent is most certainly imperative when we’re talking about sex, the concept is actually a lot more complex than we often acknowledge. When a person consents to sex under duress – not because they truly desire the other person and want to have sex with them, but because they need rent money or food or drugs, that constitutes coercion.

If you take the “sex-positive” model of “enthusiastic consent,” you have to ask yourself how agreeing to sex out of financial need, rather than desire, fits into that framework.

Simply because a person agrees to do something, it doesn’t make that thing right or ethical or healthy. A person can agree to participate in abusive or exploitative situations, but does that really make abuse or exploitation acceptable? If a woman chooses to stay in a relationship with a man who beats her, does that make the relationship ok?

We all live in this world and we are responsible for what that world looks like. If we really do care about the lives of women and girls, we need to ensure they are able to live with dignity and free from abuse and exploitation. The Nordic model is the one option we have that states this explicitly and is a good place to start, in terms of working towards an end to prostitution. 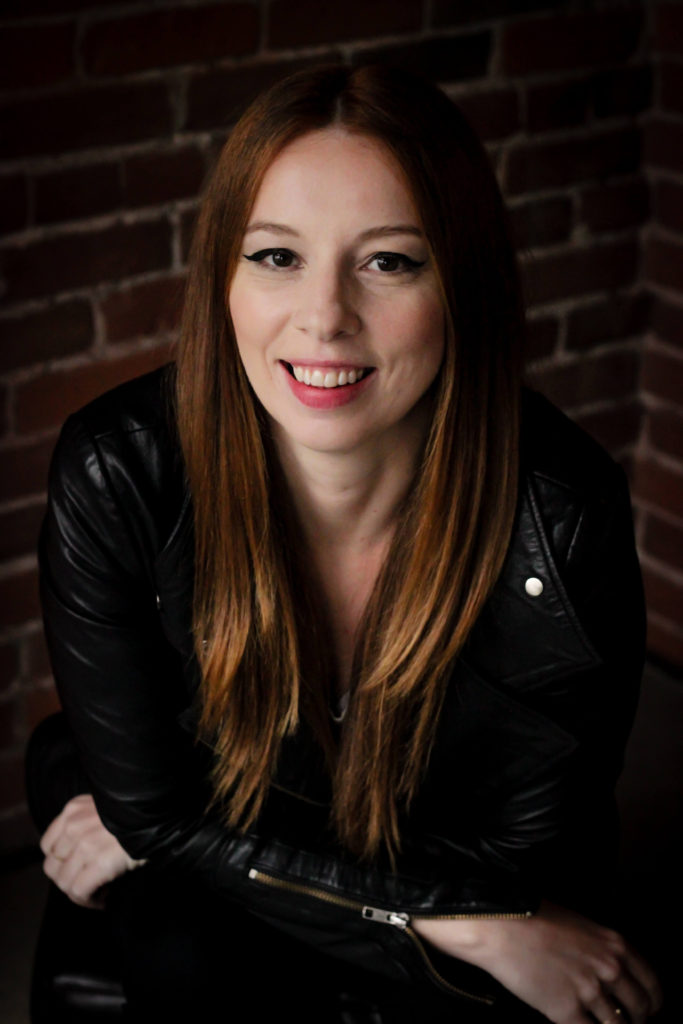 About the author: Meghan Murphy is a writer and journalist in Vancouver, B.C. Her website is Feminist Current.

Also by Meghan Murphy: Being and Being Bought: An interview with Kajsa Ekis Ekman