Sometimes in interviews I am asked, “What’s something people would be surprised to know about you?” In this celebrity-tell-all kind of publicity situation, I think they expect to hear things like, “I only like green M&Ms!” or “I can’t get through the weekend without a mimosa on Sunday mornings!”

Instead, I offer weird, very me things like, “I suffer from social anxiety.” “I pick pennies up off the street and save them to donate to charity at the end of the year.” “I’ve never shaved any part of me.” (That last one has a Grok Nation post all about it, by the way.)

Here’s another one: I hate musicals. You know: the singing/dancing Broadway variety. Hate ‘em. Sure, I have a handful of oldies I like such as Grease and Guys and Dolls. But for the most part, I just don’t get the whole thing. But so many people love musicals that I feel left out by my lack of love for them. And I honestly wish I was different. Of all of the strange things about me that I embrace, this is not one of them. I love that I drive a stick shift, and no one else really does anymore. I love that I’m a hippy and don’t shave. I love that my kids used a potty instead of diapers as infants. But this one? I feel it’s a social impediment.

People are almost always incredibly surprised to hear this about me. I haven’t met anyone else like me in this arena, to be honest. My best friend Imu lives in New York and every time I come visit, I think he expects us to go see all of his favorite musicals. He’s been begging me to listen to the Wicked soundtrack since the day we met. No can do. Makes me cringe thinking about it.

And as an actor, I love acting. I love theater. I just can’t handle songs in the middle of dialogue and the very, very exaggerated style of acting that goes along with musicals. The people who are in musicals are incredibly talented, and I respect them very much, but it’s just not my jam! The notion of singing in a Sondheim-style instead of talking makes me feel like I’m at Disneyland. In a bad way.

And although I try not to make a huge deal of my dislike and distaste for musicals—I am not self-righteous about it like I can be about other things I don’t like which most people do—people want to talk about this with me A LOT. “But what about Bette Midler?” “What about Les Mis?” “What about Hamilton? YOU CAN’T NOT LIKE HAMILTON!!!!!!’ 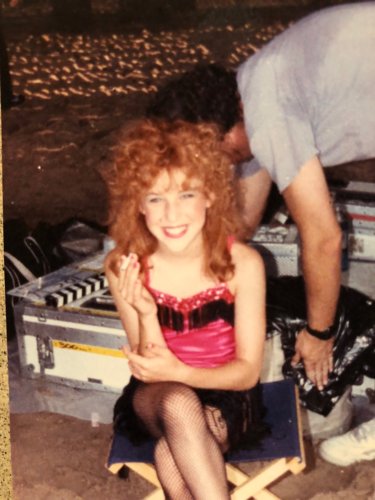 Mayim at a Beaches rehearsal

Bette Midler is so talented, and I played the child version of her character in Beaches, but all of my Bette-fan-friends are so disappointed in me about my musical issue. “Let’s go see Hello, Dolly!” they say. Oh, no. With all due respect, let’s meet for drinks after you go!

And Hamilton’s music is catchy, for sure. My boys listen to it a lot and they’ve seen it with their dad (a card carrying musical lover and holder of season tickets to all sorts of Broadway experiences). But watching it on stage seems like it might make me lose my mind. I get so antsy in musicals. No. I can’t do it! 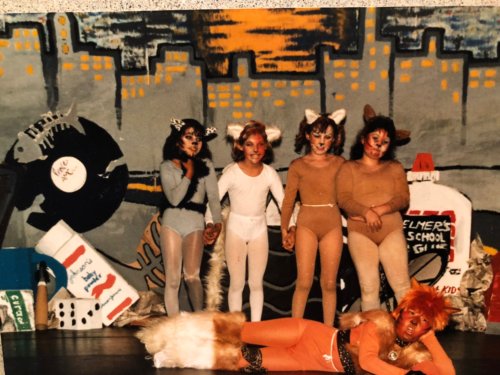 Mayim in an elementary school production of Cats

You know what musical I do love? CATS. Not kidding. I was in an elementary school drama production of CATS and I loved it so much. So maybe the theme of the musical matters to me. Grease and Guys and Dolls? 1950s. Love it. CATS? I mean, it’s cats. Everything else? No, thank you.

And so, if we ever meet in New York, I’ll be at the bar while you sing along with your musical. Or I’ll be at a play that doesn’t involve a score. And we can talk about it after. But in this arena, we are going to have to—insert melody here—agree to disagree. Tralalalala.