The line for the Doctor Who panel at San Diego Comic-Con started on Tuesday morning, a full two days before the cast would take the stage in front of 6,000 Hall H attendees. It was littered with tents, sleeping bags, and chairs filled with long time Whovians who were making new friends, sleeping, playing games and discussing all things nerdy—but mostly anxious for the new era.

“I’m just really excited to see what Jodie brings to the role,” a fan who lined up early told me. It’s her first time at Comic-Con, and she wanted to do it right. Much like what Jodie Whittaker, the first female to ever play the role of the time-traveling Doctor, feels.

For the uninformed: Doctor Who is a show about a time traveling alien who helps people, saves worlds, and changes faces many times along the way. The process, known as regeneration, is always an exciting time for fans as one actor retires the beloved role, and another takes up the mantle.

The 12th Doctor, Peter Capaldi, regenerated into the 13th Doctor, played by Broadchurch actress Jodie Whittaker in the 2017 Christmas Special. At the time, new showrunner Chris Chibnall said, “I always knew I wanted the Thirteenth Doctor to be a woman and we’re thrilled to have secured our number one choice. [Jodie’s] audition for The Doctor simply blew us all away.”

For a show that’s been on since 1963, it was a moment many, many fans have been waiting for—as the hordes of people camped overnight to meet the 13th Doctor would indicate. Sprinkled throughout the line were TARDIS shirts, cosplays, Doctors of all sorts galore, companions, and every little bit of Whovian flair. 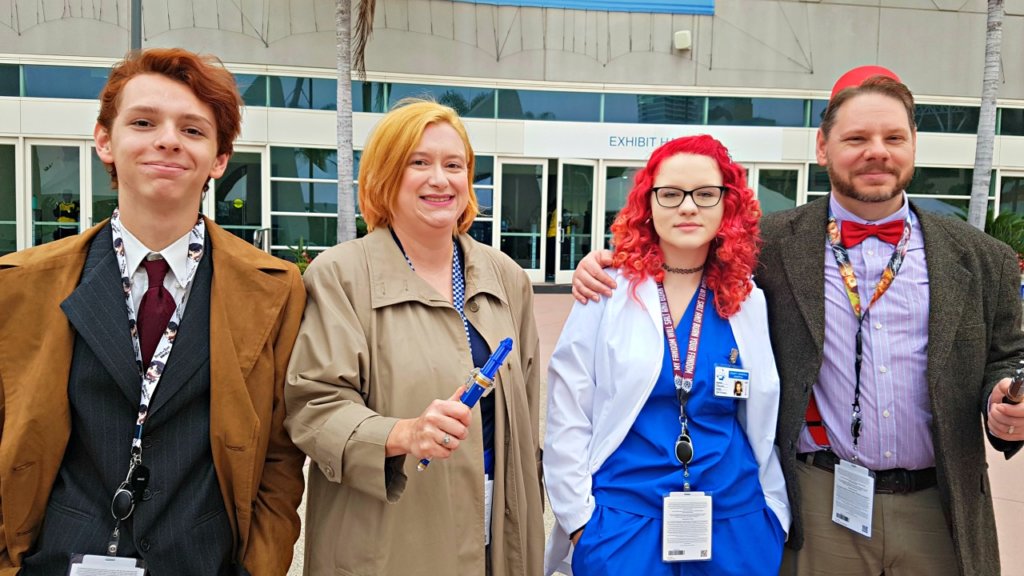 A family of Whovians waiting to meet the first female Doctor

Dressed as the 13th Doctor in suspenders and the now-iconic striped shirt, a fan named Sarah was brimming with joy at the newest Doctor being female. “I’m very excited as a woman and as a mother of a daughter,” she said. “The fact that we now have a female in that role playing The Doctor, it’s going to be wonderful.”

RELATED: Mayim discusses the first female doctor (while also learning about the show)

Doctor Who has always played a big part at Comic-Con. It’s one of the largest fandoms out there with an international draw despite its humble British origins. They’re a passionate bunch, made incredibly clear by the roars, cries, and thunderous applause the moment the new Doctor and her team took to the stage. (Seriously, it was so loud in there.)

Many audience members screamed, but some tears were shed as well. It’s an emotional moment for those who finally feel they are represented in a role that has meant so much to them. The curiosity about how Jodie Whittaker would take on the role was almost felt in the room—even after a brief trailer for the new season played, many questions were still hanging in space.

Everything about the new series of Doctor Who is, well, new. New Doctor, new companions, new worlds, new monsters. Jodie was joined on stage by the new showrunner, new costars Mandip Gill and Tosin Cole, and new EP Matt Strevens. But at its core, The Doctor is the same being, even if their personality changes with each regeneration. 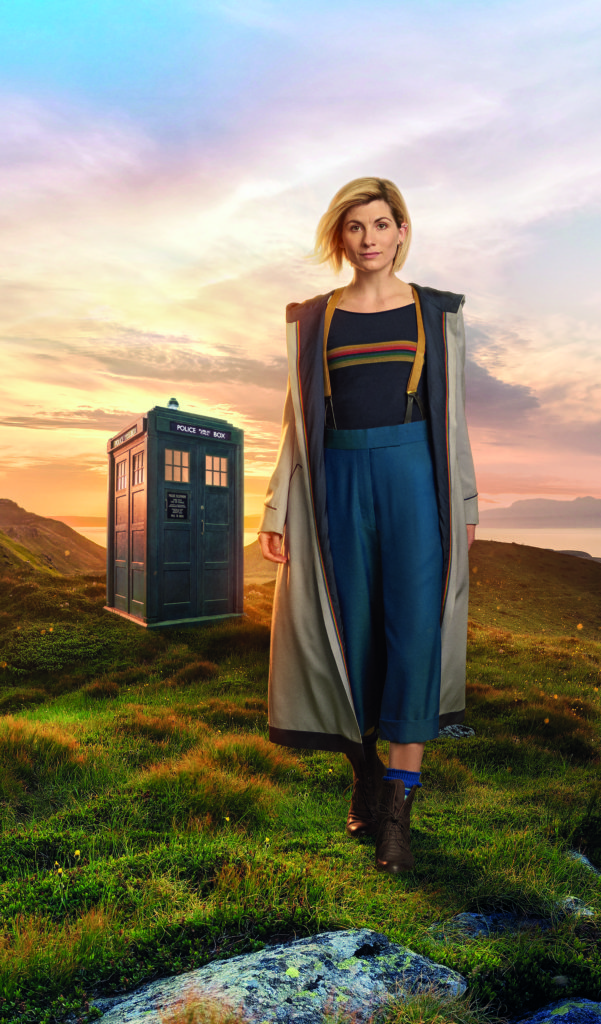 “To me, The Doctor is a pillar of hope striving for brightness and inclusion,” Jodie said to a enthusiastic round of applause. And inclusion seems to be what the entire cast and creative team is really pushing. It’s a most welcomed message, and one that was already resonating.

“It’s just so wonderful to see companions that are people of color and the lead role going to a woman,” said Olivia, a fan, after the panel ended. “This is the Doctor Who for the modern age. This is how our world looks—and, now, it’s how The Doctor Who looks. It’s brilliant!”

I spoke to a young fan named Amelia, who told me she had “been waiting for a girl Doctor for a really long time.”

As have we all.

“It can be overwhelming,” Jodie said when asked what it felt like to be the first woman in the legendary role. In the U.K., Doctor Who was the fabric of many people’s childhood, and being the first female, she admitted she has felt some “extra responsibility.”

However, the entire Whovian family present and past has been nothing but supportive, she said. And that included the past male Doctors. “We’re standing on their shoulders, hopefully we do them all proud,” she added.

If the smiles on everyone’s faces on the panel and in the audience were anything to go by, they will.