Many of us know what it’s like to fall in love with J.K. Rowling’s Harry Potter series. After all, the seven original books have sold over 500 million copies worldwide. But what happens when the series ends? While some folks are satisfied with rereading the books, others crave more, and explore the fan-fueled world of “what ifs,” which takes Rowling’s source material and spins it into all sorts of amazing work: fanfiction, art, and even online videos. In fact, Hermione Granger and the Quarter Life Crisis, a popular YouTube series about the Hogwarts gang in their mid 20s, just began airing its second season.

I stumbled across the YouTube series during one of my many rabbit hole marathons of the platform. I couldn’t tell you what I started off searching, but eventually, I ended up on Sunshine Moxie’s page, the production company behind the show.

Truth time: I love fanfiction. I enjoy looking at fanart, reading multi chapter fanfic from various worlds, and have even written some myself. But this was the first time I had seen fanfiction done as a video series. Of course, it’s nothing new. After all, 50 Shades of Grey started as Twilight fanfiction (and yes, I read it way back, when it was originally titled Master of the Universe). But I had yet to come across a Harry Potter themed one, and I wasn’t sure what to expect.

Thank heavens I clicked “play,” on episode 1 because I quickly fell in love with Hermione Granger and the Quarter Life Crisis, and am so thankful that Harry Potter fan and professional filmmaker Eliyannah Amira Yisrael conjured it up and brought it to life. The plot is fairly straightforward. It’s six years post-Hogwarts/Voldemort, and 25-year-old Hermione is trying to figure out just what she really wants. Is it a life with Ron in England, or something else? She ends up skipping out on her organized life and makes her way to the U.S. to crash with Parvati Patel, see her cousin Laquita, and figure out just what the heck she’s doing with her life.

The idea of a quarter life crisis was a familiar one to Yisrael, who went through her own time of internal searching and self-doubt. “I had felt like I had lost myself in my choices, in my fear,” she tells us. “I had felt rejected by so many people.” The filmmaker found that she was able to draw from her experience to fully envision the Hermione in her mind. 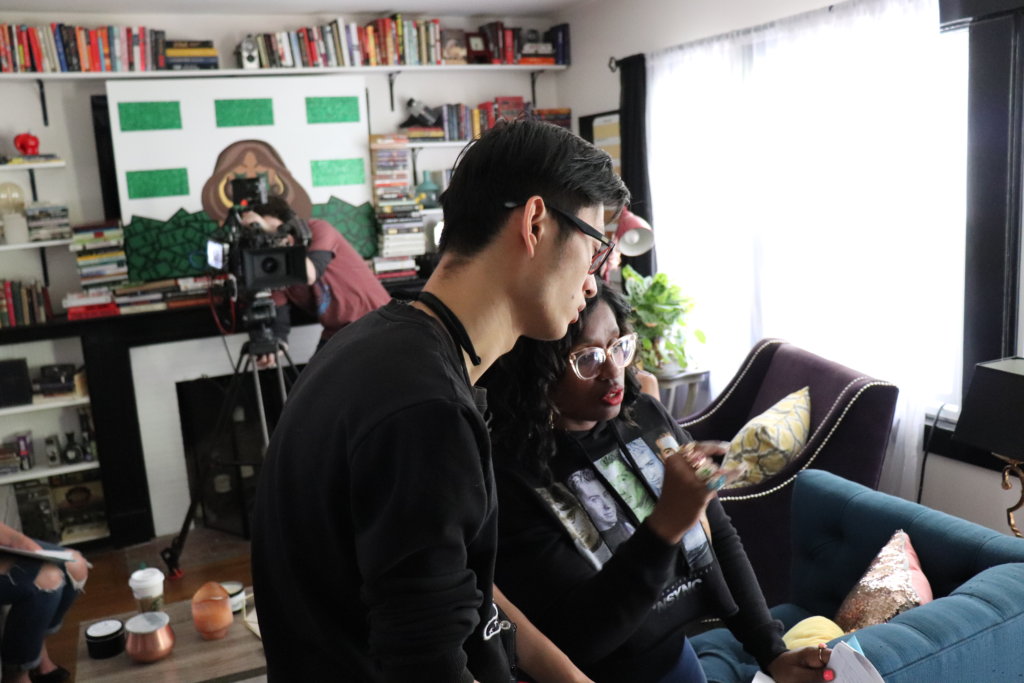 It was Hermione that Yisrael connected to the first time she sat down and really got into the books. While she had seen the first couple of movies, she only decided to read the rest of the series to appease her mom, who was looking for someone to preview them for her younger brother. She took the books to the cafeteria on her college campus and ended up missing class and staying there until she had to leave later that night when they closed the building. Yisrael moved to an all night coffee shop just to be able to finish.

She ended up becoming a huge fan, reading all the books once a year. But, Yisrael says, “In 2013, I finished the books and got antsy. I just wanted more, but didn’t want to read all seven again.”

Her sister suggested fanfiction and a whole new world opened up. There were some that were so well written and engaging that Elilyannah just wanted to film them or create a short movie. Instead, she ended up creating her own world based on Harry Potter. And one, where Hermione is Black.

“Having seen the movies first, I always pictured her as white, because Emma [Watson] is white,” says Yisrael. But that didn’t stop her from imagining Hermione in another way. “It started feeling alienating because I had seen so much of myself in Hermione,” she notes. “With the books it’s easy to attach any identity to her, and to see yourself there.” Delving deeper into the fan art side of things, her thoughts were validated. “Seeing the fanart is what allowed me to think, she doesn’t have to be white,” Yisrael says. “She can be like me!” 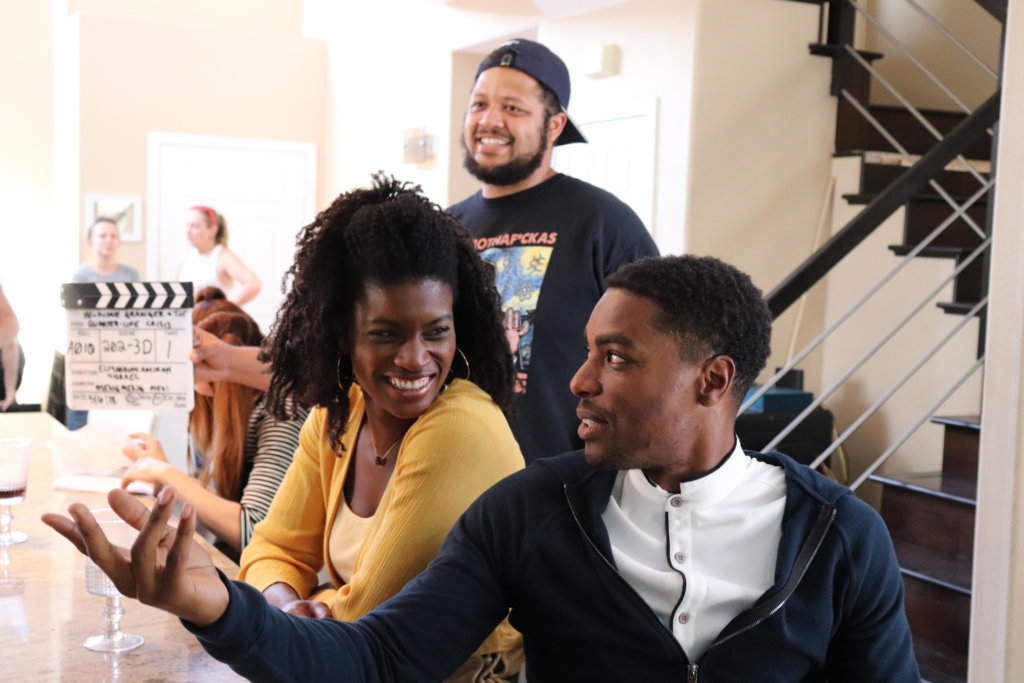 Yisrael says that in her head, she  had already decided that Hermione is Black, and she wanted to commit to that in her series as well. The books are nondescript about Hermione’s race or skin tone, and her unruly hair—the major physical description of the character—could be had by someone of many different races.

In addition, Yisrael introduced someone new, Laquita, who is Hermione’s cousin. Doing so was an important choice as a filmmaker. “I named her Laquita on purpose,” explains Yisrael. “I have family members and cousins with ‘typical’ black names. The names that get stereotyped, the names that people kind of look down on. But I’m really proud of the naming conventions of the Black community. Typically the Harry Potter audience may have a preconceived idea of who a ‘Laquita’ is, but then I was like, what if you had the brightest female character to ever grace the pages of a book have a cousin who’s just as bright and dynamic with a ‘ghetto’ name?”

Blending her favorite book series and characters with ones that speak to her own identity as a Black woman in this country is something Yisrael holds close. “The idea that I was able to put a ‘ghetto’ name in the Harry Potter universe is probably one of the things I’m most proud of,” she says. “My girl ‘Quita.”

The second season of the show, sadly its last one, just debuted on Sunshine Moxie’s YouTube channel, and will have new episodes every week.