[Photo: Guest writer Lia with her mother and baby brother around the time she had “come out”]

I was only 4 years old when I came out to my mom, but I remember it vividly.

It was weeknight bath time. My exhausted and very pregnant mom had just come home from work and was sitting with me as I played with my bath toys.

As kids often are, I was lost in my imagination as I played, talking to myself, and then directly said, “mom, I have feelings for Mrs. Marks (my pre-school teacher) like a husband does for a wife.”

My mom wasn’t quite sure how to process what had just come out of her four-year-old’s mouth.  Years later, she told me that she was thinking, “oh shit!  Lia is going to have a tough life.”

Maybe it’s incorrect to say that this is my “coming out” story, because at the time, I had no idea the social implications for being attracted to both males and females.  I was just this little (and cute) kid sharing these feelings I happened to be experiencing.

My mom was right; mine has certainly been a tough journey.  From elementary through high school, I dealt with being outed and bullied; I was turned against and made an outcast; and there were close relationships that just broke apart from the weight of the fear of discrimination.   My adult years have been far more easy, however, I’m still learning to let go of shame I took on from a very young age.

In 2016, Rabbi Richard Birnholz, rabbi at Congregation Schaarai Zedek, the congregation I grew up in, called. They were hosting a special “Pride Shabbat” service in response to the Pulse nightclub shooting in Orlando, FL, which is only a 90-minute drive from where the temple was in Tampa.

The Rabbi asked me the honor of being their main speaker, but I initially got scared and declined the offer.  Going home and speaking would require a level of vulnerability and courage I didn’t feel ready for.   Although I never experienced bullying at Schaarai Zedek, when I was much younger, I certainly grew up too scared to share who I was there, and didn’t know of any out role models.  But as I talked with the Rabbi, a voice inside me told me I needed to take this opportunity.   I really believed in his intentions, and deeply appreciated his efforts as an ally.

That night at Schaarai Zedek, while sitting on the pulpit looking out all the faces, I was both excited and nervous.  It was  20 years since I had stood up on the pulpit for my Bat Mitzvah.  During my bat Mitzvah speech in November of 1997, I spoke about the need to support LGBTQ rights.  However, I referred to myself as an ally because I was too terrified to reveal that I was bisexual.  This time, I no longer felt required to speak as an ally.  I was speaking from a place of my own truth.

I told the audience how this was a full-circle moment, and another rite of passage.  Profound healing happened that night as I continued to reveal my journey. While I shared about the bullying, public shaming, and ostracizing I experienced, I admitted that I have been my own worst critic: nobody was as hard on me or thought as harshly about myself as I did.  I told them that I’ve had to work really hard (even to this day), to learn that it’s okay to not be so hard on myself, and that it’s okay to be me.

I told them about a moment in the 7th grade; when a friend said, “everyone knows you’re a lesbian.”  Those words stopped me in my tracks – that thought, that label, scared me.  And plus I have had feelings for males, so it was also confusing.

But I was in middle school, beginning to seek independence, and caring far too much about what my peers thought.  What I heard that day from my friend was that who I was not acceptable to my peers. The sense of shame was paralyzing.

I can vividly remember telling myself, with absolute seriousness, that I must never show that side of myself again. I didn’t want to be perceived as anything less than normal.

Shame began to be an integral part of my own self-identity. I believed that other parts of myself were also not ok: my quirky sense of humor, or how I sometimes get overly sensitive. I started to put myself down, over and over again, saying that who I was, was not okay, and to be everything BUT me.

From middle school until a few years after graduating high school, I significantly went from being joyful and vibrant to very sad.  I struggled with bouts of depression.   I isolated a lot.  I was angry at the world, my family, and myself.  I had developed all sorts of masks because I wanted to become someone likable, and ultimately lost my real/true self.

With this all being said, I’ve always remained resilient.  I’ve been fortunately blessed with tremendous support from loved ones.

When I think about pride for me, it’s about being deeply proud of the person I am today, and for how my struggles have brought me great for strengths.  I now understand that my level of sensitivity is what actually helps me to be able to deeply empathize and connect with others.  I understand from my personal experience the agony one feels from having a story that one is too ashamed to tell.  I am making a positive impact in the world.  When I fail, I mostly fail forward.  I believe in the power of community.  I have a deep curiosity for life.  I seek to understand “the stranger” and empower the underdog.  Plus, I’m a huge catch (and currently single)!

I wish I could say that I’ve let go of all my shame and fear, but that would be me just putting on a front.  Even writing this article brought up a lot.  And yet, I know when it’s important to push through fear and seize the opportunity.

Other people may not have my exact story, but in many ways my story is universally relatable.  Who hasn’t wanted to feel seen and heard, and accepted by their peers at one point or another?  Who hasn’t understood on some level what it’s like to feel shame, and be afraid that others may no longer accept and love you if they truly knew you?

Regardless of your sexual orientation, accepting yourself for who you are is hard. If you’re able to do so, then take pride in knowing you have learned or are learning how to embrace who you are. That is a pretty amazing thing that not everyone can say, so take out your pride, and wear it like it’s your nicest/most beautiful coat, and find comfort within knowing it’s truly okay to be you.

Although my coat finds its way back in the closet from time to time, I know that at least in this very moment, my coat feels and fits just wonderfully. 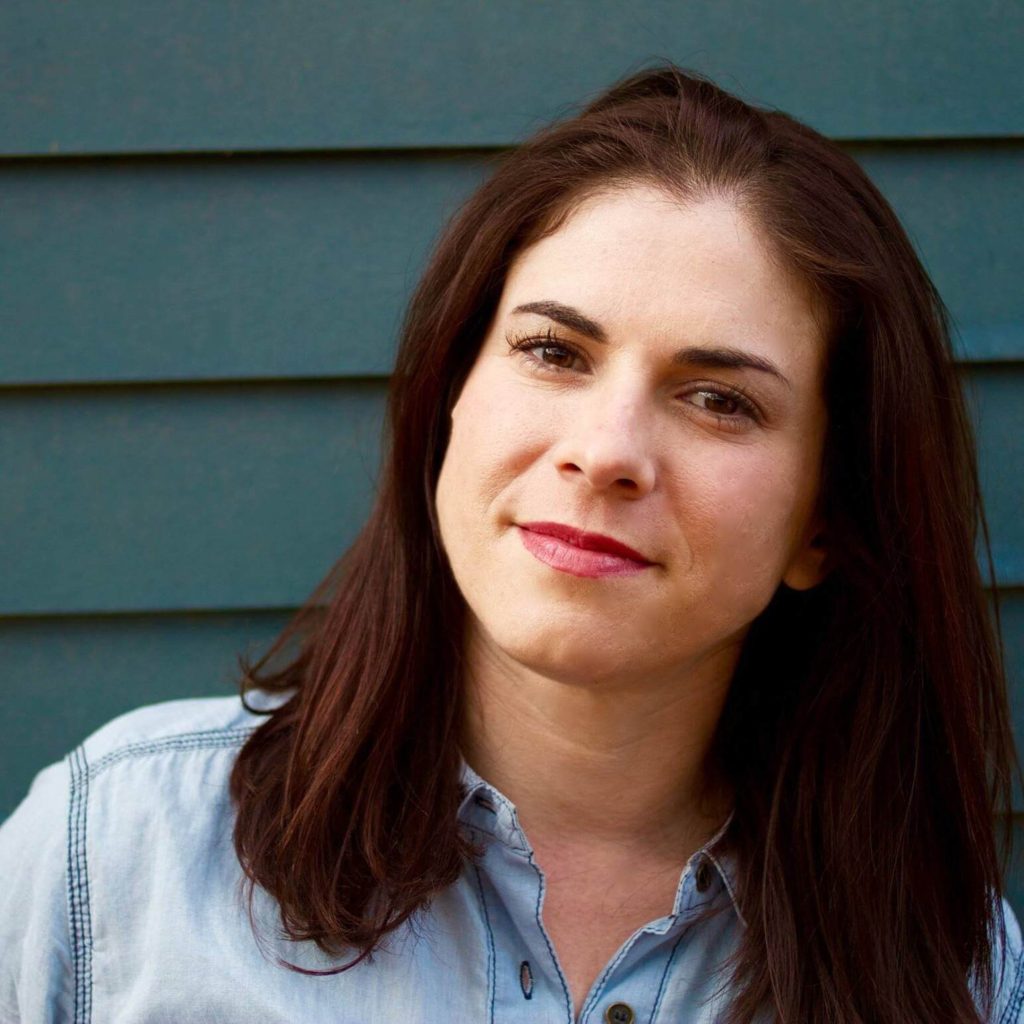 Lia Mandelbaum is the Director of Programming and Engagement at Temple Beth Am in Los Angeles. She is a graduate of Cal State LA, where she earned a bachelors and masters in social work.  Lia worked for Beit T’Shuvah, the Jewish residential treatment center for addiction, and the Pico Union Project, a multi-faith cultural arts center and house
of worship. She has also worked as a consultant for JQ International,
a community that nurtures a healthy fusion of LGBTQ and Jewish
identities.  She is an alumna of the Jeremiah Fellowship with Bend the
Arc: A Jewish Partnership for Justice, and NewGround: A Muslim-Jewish Partnership for Change. She is a published writer and has her own blog with the Jewish Journal called “Sacred Intentions,” which she used as a platform to build understanding and bridges across faith
communities.  She was a part of the leadership of “The Compassion Games: Survival of the Kindest,” which offers fun and creative ways to catalyze compassionate action in communities.  She was also recognized as an emerging faith leader through the Future50 cohort, developed in partnership between the Interreligious Council of Los Angeles and USC’s Center for Religion and Civic Culture.