One of the biggest holiday blockbusters, Wreck-It Ralph 2: Ralph Breaks the Internet, hits theaters today with a much anticipated, first ever crossover of all the Disney Princesses in one Disney film. In the scene, we get a look at the royal gals hanging out together in outfits that pun-ify their films, and saying lines that make each princess seem pretty self-aware. I haven’t seen the film yet so I’ll save my judgment until then, though I’m sure it’s going to be a funny, and hopefully not too awkward, scene.

Anticipation of this crossover has had me thinking about the oft-discussed “Disney Princess problem.” Many people, largely my fellow feminists, criticize Disney Princess films for perpetuating harmful stereotypes of women as weak and lesser-than. They’re seen as vapid, helpless damsels in distress who wait around for their princes to come save them. But I’d like to offer a more nuanced view. I’m the sort of person who grew up watching Disney animated features, especially the princess films. I loved them, and continue to love them into adulthood. When I first started reading the classic fairy tales and understanding the source material, I grew to appreciate the films on a deeper level. I’m not a Disney apologist, as I’ve written about before, but rather someone who loves fairy tales and wants other people to have an appreciation for the tradition of adaptation.

It’s possible that some people need a history lesson. Fairy tales and fables have existed literally since the dawn of time when oral storytelling was one of very few sources of entertainment. Tribes and communities all over the world crafted unique parables that, more often than not, served the purpose of teaching lessons to their children. These cautionary tales were then disseminated by travelers and nomads to other parts of the world and, over time, they began to weave together into the more universal stories we still tell today. Authors like the Brothers Grimm, Charles Perrault, and Hans Christian Andersen translated and collected these stories, sometimes adapting or combining them to better suit the time period, and then these books were re-translated into thousands of languages and read around the world. It was a wild game of telephone that has yet to be disconnected.

Some people tend to take issue with the sanitation of the original fairy tales. (What Disney did to real-life historical figures like Mulan and Pocahontas is another problem entirely that I won’t be getting into but know that I, too, am riled up about it.) And I don’t really love what they did to stories like Cinderella, which was pretty gruesome in its original iterations (Cendrillon by Charles Perrault and Aschenputtel by the Brothers Grimm are the most recognizable and where most of the plot points come from for Disney’s Cinderella). Did you know, for example, that in Grimm’s version Cinderella’s wicked stepsister literally cut off a piece of her heel in order to shove her foot into the glass slipper in an effort to fool the prince? Or that the other stepsister’s eyes are pecked out by birds as punishment for her behavior? That’s some heavy metal storytelling, but hard to imagine as a scene in glorious Technicolor in a children’s film. 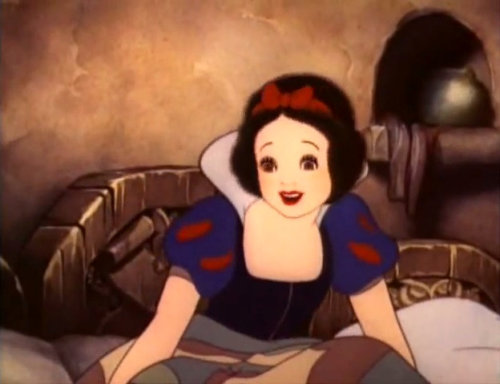 The classic Disney Princess films like Snow White, Cinderella, Sleeping Beauty, and The Little Mermaid are the ones that parents most often object to. These parents feel, with admittedly some justification, that the princesses serve mostly as beautiful props who wait for the prince to save them. Snow White is insipid, Aurora literally sleeps more than half the film, Ariel ditches her fins for a hot guy—we’ve all heard the arguments.

Recently, actress Keira Knightley claimed that certain Disney Princess films are “banned” in her household. The former Pirates of the Caribbean (a Disney franchise) actress made this statement while promoting The Nutcracker and the Four Realms (another Disney film). Knightley doesn’t let her daughter watch Cinderella “because she waits around for a rich guy to rescue her.” I mean… sigh. Where do I start? Cinderella, an abused, young girl made to wait on her stepmother and stepsisters hand and foot after her father dies doesn’t even know who the prince is when the Fairy Godmother shows up. This kindly, magical lady (note: ladies helping ladies!) grants Cinderella’s wish to go to the ball. Her wish is to have a night off. A night where she can feel pretty, have fun, and then be home by midnight so she doesn’t turn into a damn pumpkin. Meeting a handsome prince was a cherry on top of the best evening of her miserable life! The prince comes to find her of his own accord, not knowing her family situation, because he was charmed by a kind, interesting, and yeah, beautiful woman. They get married and Cinderella no longer has to live with the family that made her a servant in her own house. Knightley’s advice to Cinderella was to “rescue yourself.” Seems a bit simplistic, and a little offensive, to suggest to someone living in an abusive household.

Under the right mindset, Cinderella can serve as a lesson to children against wickedness and for perseverance. Despite her situation, Cinderella remains positive and hopeful, and kindness is the trait most often used to describe her. The characters who display cruel behavior do not prosper in the end and are made to learn that their misdeeds would be their eventual downfalls. Cinderella’s prize after enduring her hardships and keeping faith is being able to finally live far, far away from the people who made her life a living hell. She also found true love and got to become a princess—pretty sweet deal for one night out. 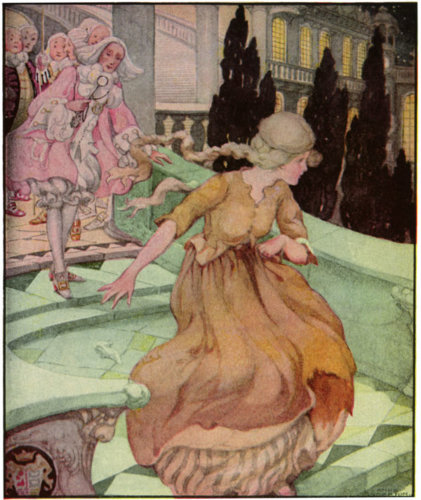 These are the things we need to teach our children. Rather than banning the films outright, sit down and watch them with your kids and explain to them why certain things don’t make sense, or what they can learn from the characters on the screen. Knightley’s fellow Disney alum Kristen Bell has the right idea. She also said she’s wary of some of the classic films, but uses them to teach her children why aspects of the story are problematic. Watching Snow White with her kids, she points out that taking an apple from a scary looking lady was maybe not the brightest idea, or that the prince should have asked permission before he kissed Snow White.

By taking this approach, you’re allowing your children to experience the beauty of traditional, hand-animated films while also taking part in the age-old tradition of cautionary tales. The Disney Princesses all have qualities that are admirable, but they also don’t necessarily have to serve as role models. If you don’t want your daughter to follow in The Little Mermaid’s wake, tell her why. Surely when Hans Christian Andersen ended his story with the mermaid throwing herself into the ocean to die and then turning into an ethereal being bound to do good deeds for 300 years for a chance to earn her immortal soul, he meant it to be a lesson not a goal. (Seriously, read the original.) That’s what cautionary tales and parables are all about: thinking critically about the story you just read and deciding for yourself how it can be applied to your life.

The Disney Princesses are not perfect. They’re never going to be a feminist’s ideal role model, but their flaws are an opportunity to teach our children critical thinking and growth. We can highlight the qualities that made the individual princesses special: bravery, kindness, entrepreneurship, faith, humor, intelligence—while also letting our kids make up their own minds about them. If your child wants to wear Belle’s dress every day for weeks, it doesn’t need to mean that she’s susceptible to Stockholm syndrome. Perhaps she believes kindness, patience and education can lead to change in even the most beastly of people. Or maybe she just likes the dress.