Today, March 9th is National Barbie Day, the anniversary of the day the Barbie doll made its debut at the American International Toy Fair in New York in 1959. Barbie is insanely popular – in 2014, Mattel estimated that a Barbie doll is sold every three seconds, meaning sales approximating 10.5 million a year. We know many things about Barbie: including the fact that the doll’s proportions on a human woman would cause her not to be able to stand or walk upright. But most people probably don’t know that Barbie’s look was inspired by a doll of a flirtatious German cartoon character called “Lilli,” and that Barbie as we know her today was created by a Jewish woman named Ruth Handler. 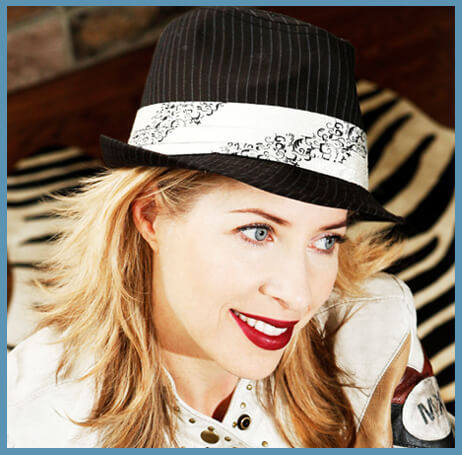 In April 2002, Handler died at the age of 85; that weekend a Bay Area filmmaker and internet pioneer named Tiffany Shlain, had attended a conference organized by the organization Reboot, which affirms the value of Jewish traditions and creates new ways for people to make them their own. Shlain was shocked to learn that Handler was Jewish, and as she learned more about the hidden history of Barbie, she realized that the doll – who was blonde, blue-eyed like Shlain herself – could be used as a lens to examine contemporary Jewish identity, which is not always easily discerned.

And examine it she did, co-writing with her husband, Ken Goldberg, “The Tribe,” a short film that placed Barbie in the middle of a conversation on Jewish identity. (You can view the film here.) Released in 2005, the film was accepted to Sundance and became the first documentary to make it to number 1 on iTunes. It’s been used in Jewish schools and community centers, and even by the US Naval Academy.

“Ken and I cowrote the film, which was us distilling all our experience, for people like us who were wrestling with Jewish identity,” she recalled during our conversation. “Since the film was released 11 years ago, there has been a flourishing of people exploring their Jewish identity and updating it in a way that’s outside the traditional Jewish systems, a renaissance in how to rethink what it means to be an American Jew today. It has had a beautiful life. The core of what we were doing is very much still relevant. It’s nice as a filmmaker to see that it holds up.”

In “The Tribe,” the narrative notes that “Today’s Jews don’t always experience anti-Semitism directly and when they do they don’t speak up,” and that “Jews feel a sense of empathy with outsiders.” I asked Shlain to reconsider this in light of the current climate, marked by desecrations of Jewish cemeteries and bomb threats at Jewish Community Centers, as well as the immigration and travel ban conversation.

“There is an awakened activism in light of the elections,” she said. “People are standing up and putting forth who they are. We made the film in a more peaceful time but now everyone’s on high alert.” She also noted that she feels “very connected to the immigrant and refugee issue,” and hopes that “film can wake you up for what it’s like for the other. I keep thinking of the civil rights movement and how we were right alongside them. This is a chance for us to align with people who are being discriminated against,” by going to marches and protests, signing petitions, showing up to congressional offices, and attending screenings and discussions that are nonpartisan, she said.

As we talked, we got back to Barbie, discussing “The Tribe’s” claim that she is both “an icon and a false idol.” The feminist filmmaker, whose two daughters prefer American Girl dolls, observed that although “our culture needs to project this fake perfection, people are talking about it more,” citing some strides forward, including fashion’s embrace of transgender models, in terms of potentially breaking down the unrealistic ideals that Barbie represents. (When I suggested there might be a market for a “Ruth Barbie Ginsberg” Barbie – based on Supreme Court Justice Ruth Bader Ginsberg – Shlain laughed and insisted I include it in this piece.) She added that she believes that with such products as the women of NASA Lego series and the push toward encouraging girls in STEM, we may begin to see more realistic role models.

Shlain’s style as a filmmaker is very modern but also uses archival and historical footage as well as charts and graphs, a style that reflects our complicated media reality.

“Today we’re being thrown so many things from different sources,” she said, noting that what’s needed is someone who is “leading you through the journey to give you context. We’re missing this today. There’s no overarching narrative. I still think that film and creators can create that narrative for people because people are very overwhelmed.”

One of the ways that Shlain combats that sense of overload is that for the past seven years, she’s taken one day a week as “a tech Shabbat,” turning off all screens. “It’s such an important thing to turn off the media to give me perspective. People are just too inundated and you lose perspective without having time away to find out what the narrative is.”

Since “The Tribe,” Shlain has continued to create narratives: in “Connected,” examining how the internet bridges gaps, creates community and keeps us connected; in “The Science of Character,” examining how to develop character based on neuroscience research; in “Making a Mensch,” applying Jewish values in an exploration of how to raise children to become good people; and in “50/50,” exploring the subject of women in leadership and what it will require of us as a society to get to a state of gender equality. In many of these cases, Shlain encouraged viewers to do simultaneous screenings around the world, to start a global conversation and create a communal experience. (You can view a number of other short films at her website, LetItRipple.org.) 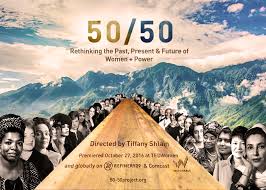 The next global communal experience on Shlain’s agenda is 50/50 Day, May 10, 2017, an attempt to bring together people around the world to discuss what it will take to get us to a gender-balanced world, to the benefit of everyone. People sign up to host a short film screening, engage in discussion using provided materials, and join a global LiveCast Q&A featuring different speakers every half hour for 24 hours. (You can view the trailer for this event below and sign up here.)

We don’t have to love Barbie or her unrealistic dimensions. But for Shlain, Barbie was a creative catalyst for exploring her own Jewish identity and creating “The Tribe,” and forging the beginnings of her path as a powerful feminist filmmaker.