What a month it’s been. I lost a lot of fans this month because of my outspokenness. But it’s OK. Standing up for what I believe is more important than popularity. And even though I don’t always agree with Israeli policy, I’m still a Zionist.

With all that we have been through this past month, I truly, deeply, for the first time understood why Jews who previously hadn’t worn yarmulkes started wearing them in the United States after the Yom Kippur War in 1973, when an Arab Coalition led by Syria and Egypt attacked Israel on the holiest day of the Jewish year. As we had been for thousands of years, in 1973, Jews were being attacked simply for being.

In the middle of the conflicts in Israel and Gaza this month, and in the middle of the attacks I was coming under on social media, I put on my Magen David–my Star of David necklace–and it strangely felt like putting on armor. It felt like a statement. Gold armor around my neck: the way I show that I am Jewish and that I am not afraid to be so.

With that in mind, I wanted to offer a little tour of the Magen Davids I own and wear. 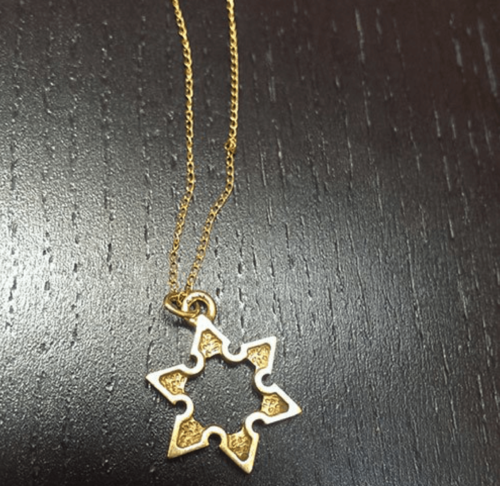 I don’t usually wear any fancy jewelry at all but my parents got me this Tiffany & Co. necklace for my high school graduation. It is a real diamond Magen David. It gets a lot of compliments. 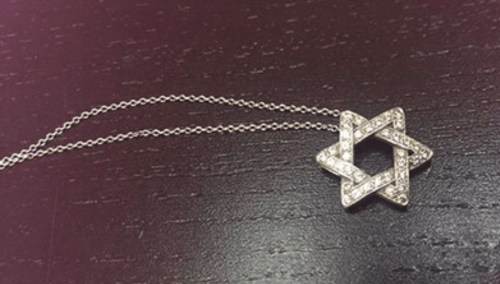 My first boyfriend got me this small Magen David, which I used to wear on a satin cord because it was the ’90s and that was “in.” Now I wear it on a dog tag-style military chain with a “feig,” an Eastern European amulet for warding off evil spirits, which I got in the Old City in Jerusalem about 15 years ago. 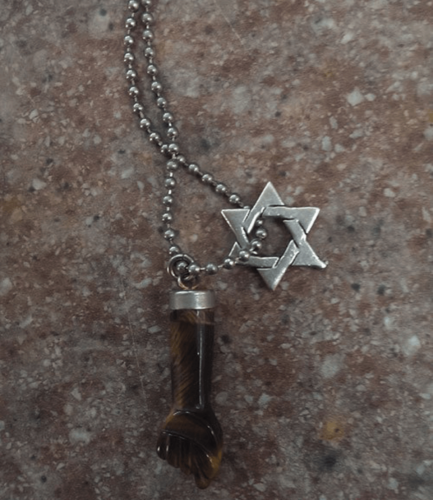 And here is a unique Jewish star I was sent by someone: It’s made out of the body of a man and woman. Plus, it’s available on Etsy! 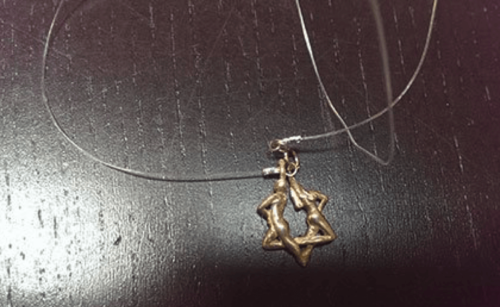 I also have an Ethiopian Jewish star, a rose quartz and mother of pearl Jewish star, and another Jewish star with rose quartz that, as a teenager, I strung with some ceramic beads. This was my “I’m going on a Jewish camp retreat weekend” Jewish star because in the ’90s, it was all that and more! (Or so I thought.) I also collect Jewish star charms and amulets to wear on chains or just to keep in a cluster because I like collecting Jewish things! Here are a few I have in my collection: 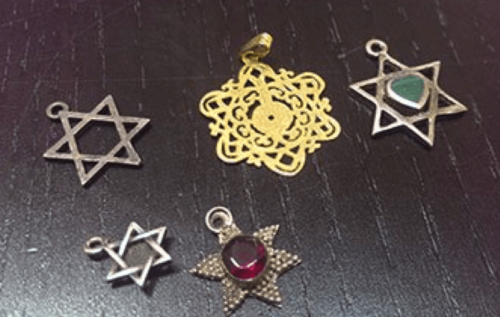 Two years ago, I wore a custom designed mezuzah to the Emmys, and this year, I think I want to incorporate a small Jewish star to one of the cuffs of the dress, even if it’s not noticeable to everyone all of the time. Like all of my precious jewelry, I will know it’s there. It will give me strength and protection and courage. Most of all, it will give me pride.

A version of this article originally appeared on Kveller.com on Aug. 11, 2014.