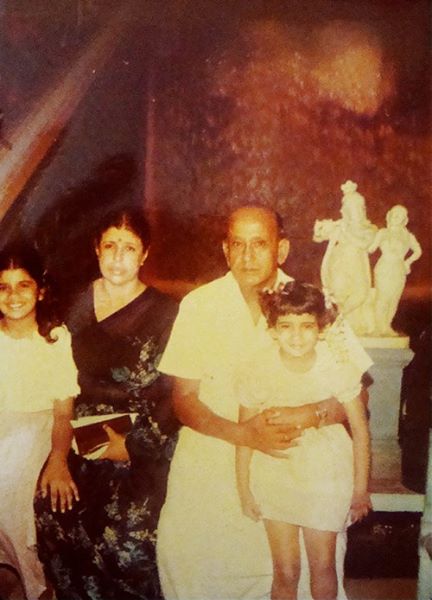 Awanthi (left) and her sister with their grandparents

As a little girl in India growing up in a Hindu household in the ’80s, I appreciated the beauty of Hindu symbolism; the ritual of lighting a lamp every evening at sundown so the goddess Lakshmi would bless the house; the sensory satisfaction of dipping my hands into a basket full of sweet-smelling rose petals; the delicious treats that festivals would bring. I looked forward to Deepavali—the festival of lights—every year, which arrived in a flurry of new clothes, sweets, and fireworks. I awoke on the morning of Krishna Jayanthi (Lord Krishna’s birth) and raced outside to see if He had come for his sweet butter balls. A part of me knew that my grandmother had drawn the outline of the tiny chubby feet with kolam (rice flour mixed with water and used in designs), and that it wasn’t really Lord Krishna, but it was fun, and I was a child. Yet, despite these dear memories and growing up in a country rooted in religion, I somehow grew up into an adult agnostic.

It wasn’t just at home. I went to a Christian school, and I made the nuns who taught me both annoyed and miserable by asking endless questions about Christianity. Why does God punish people, I asked, when he’s supposed to be loving and forgiving? When they tried to hurry past this question, I popped in another. How do you know God is a man, I demanded. When it was time for us to peruse the Old Testament, I was shocked at the various tales of genocide, murder and rape, and professed loudly that no God who loves people would ever ask them to commit these atrocities in His name. My teachers were all besides themselves with horror. 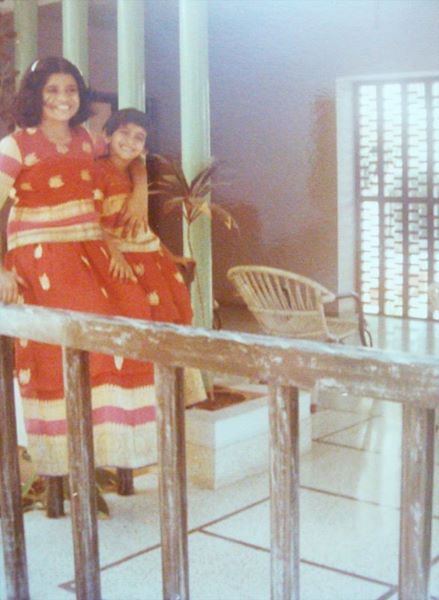 Bible study (which was compulsory in my school no matter what your religion) actually fascinated me because I was a voracious reader, and I enjoyed reading the stories and the songs. But even if it wasn’t painfully clear to my teachers, and to the girls sitting around me, it was crystal clear to me, and one day I couldn’t keep it to myself any more: “It’s a book of history,” I piped up. “People wrote this, not God.” Naturally, I was punished (it involved standing outside the class in the corridor, while trying to look suitably sorry for my sins), and I had to take a note home from school. My grandfather was proud that I was refusing to settle for unsatisfactory explanations and ended up framing the letter. It’s a stern note, and it starts with the line: Awanthi asks too many questions and challenges our authority.

That wasn’t entirely my fault. I was raised by people who taught me to question things, and to never accept anything because everybody else was doing it. I was taught to make my own decisions. I was encouraged to read, and I did, insatiably, from the time I was 3. I was devouring entire works of philosophy in my teens, from Plato’s The Republic to Voltaire’s Candide and Milan Kundera’s The Unbearable Lightness of Being. I also enjoyed many debates about theology and religion with my grandfather, who pushed me to expand my reading list to include works by T.H. Huxley, Bertrand Russell, and Carl Sagan, to name a few. 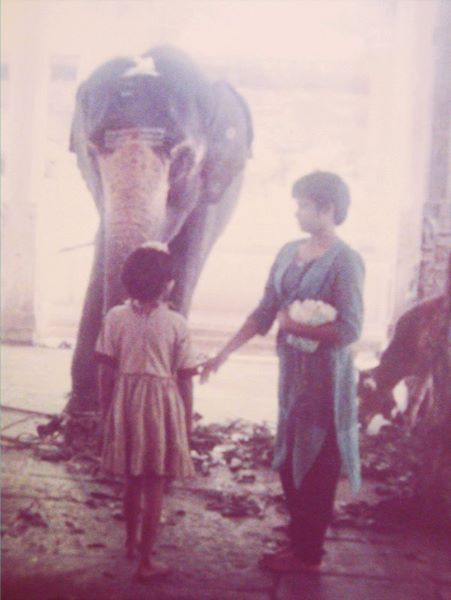 Awanthi (right) and her sister at a Hindu temple

I have come to accept that you are always going to stand out when you are different, especially when it comes to religion. I think that is especially true now with the world seeming to tilt more to the right. It is glaringly obvious here in India, just as it is in the rest of the world. I can hardly believe that it’s been two years since Amnesty International’s damning report condemning “growing intolerance in India,” but it has. Intolerance is no longer hiding in plain sight here; it is glaringly visible. It stalks the streets, looking for lovers to condemn and harass. It looks the other way when a young Muslim boy is murdered on a crowded railway platform. It files sedition charges against people who dare to celebrate a victory by Pakistan’s cricket team. It threatens and torments a young actress who dared to speak her mind, and who just happens to be a Kashmiri Muslim.

The fact is, though, that not everyone is grounded in faith, and it is important to acknowledge the existence of atheists and agnostics in a world that consistently tries to write us off. Atheists reject the existence of god because they are confident that no gods exist, and agnostics (like me) neither accept nor deny the existence of gods in alternate or parallel universes that may or may not be named heaven or hell. We are certain of one thing and one thing alone when it comes to our spirituality: We are certain that we are uncertain.

Anybody who does not align with other people’s religious beliefs—particularly the religious majority—are looked at askance. People who do not embrace any religion at all are deemed dangerous. It is almost as though people want to know what drives us—the non-religious—to make the right “moral” choices, when there is nothing in our lives that tells us what choices to make. Any argument that I make about how my choices reflect my beliefs as a human being on what I believe to be right and wrong—based on the lessons I have learnt from my own experiences–is somehow deemed to be the wrong argument.

I’m not saying that it’s not difficult. When you share the same religious beliefs, you share a sense of community. There is fellowship there; there is a common thread connecting you to the people around you. When times are hard, I’ve seen people rally around each other because of that shared belief. It can be a lonely, alienating world when you don’t have that type of community to turn to, but it can also make you think about the importance of being there for people because it’s the right thing to do. It can make you appreciate the people in your life, your friends and your family, who stand by you no matter what your religious beliefs. I have friends from different faiths, and my best friend is an atheist. But nothing has stopped any of us from being there for each other no matter what.

It is important, no matter what, to follow your own beliefs to the best of your ability, as I follow mine. I celebrate everything with all of my friends because I’m open-minded and accepting of the people I love, and that includes their beliefs. Besides, celebrations and festivals are immense fun. Despite not following a particular religion, I’m still incredibly spiritual, and I have my own personal rituals. I meditate for the clarity and the peace of mind that it brings; I embrace silence during the day because it helps me to get in touch with myself and check in with myself on a daily basis; I try to react to situations with love and patience. Most of all, I’ve learned to walk away from people and from situations who just aren’t for me, and that was a massive moment of spiritual growth for me.

Just because I’m agnostic, it doesn’t mean that that part of my life is closed off; it doesn’t mean that there is a line in the sand that I won’t (or will) cross. I still marvel at the beauty of religious symbolism that human beings have created for themselves, just as I despair at the hatred that organised religion has wrought. I rail against anything that makes no sense to me, and that does include blind faith, which I simply do not understand (especially when it calls on people to hurt others who do not share the same faith).

In a recent online conversation with a new friend, our religious beliefs—and lack of religious beliefs—came to the fore, and I happened to mention my agnosticism, fully expecting her to not understand. Instead she surprised me. “Oh, that makes complete sense to me,” she said. I blinked. “It does?” I asked. “Of course,” came the reply. “It’s not black or white. There’s more than two sides to this, and there’s plenty of room for nuance and doubt.” I smiled to myself. “Nothing has all the answers even if it claims to,” she continued. “If not for agnosticism, I’d be worried about the world.”

I thanked her, and later after I’d signed off, I thought about her words. Anybody who spends more than two seconds on Twitter will know about the culture war that’s waging between theists and atheists. It may feel like there is no room for agnostics, but there is. There are more than two sides to this story, and the story is as old as humanity; it’s as old as the earth.