The other night my son Zack and I were watching TV together when his sister plopped herself on the couch. She’d come down from bed because she was afraid to be upstairs by herself.

I’d insisted on choosing the show that evening, ultimately settling on Netflix’s Atypical.

“Wait, this is about autism?” Zack asked skeptically when he read the blurb.

Zack is all for autism, which his older brother, Benjamin, is diagnosed with. But he is very against getting manipulated into putting his eyes on anything that has a big message and no stupid sex jokes.

To his great relief the first episode was mostly about the main character—Sam, a teenager with high-functioning autism—trying to hook up with girls. There were lots of sex jokes.

I knew I should have brought Ayla to bed. According to Common Sense Media (which I actually, for once, consulted prior to viewing), the show is appropriate for ages 13 and up. While Zack is like five seconds away from 13 (okay, five months, but same same), she’s only 8. Going upstairs would have meant staying upstairs, though, and I wanted to spend time with Zack and find out what happened.

Ayla made a big display of trying to fall asleep on the sofa, but of course she totally watched the whole thing. I hoped the part when Sam turns to the seedier side of YouTube for dating advice went over her little head, and I physically covered her little head during a scene in which a potentially successful sexual encounter goes majorly off the rails. When I removed the blanket from her face she saw Sam crying alone in his bed and this really upset her, rightfully so.

After the show Ayla followed me into the laundry room where I was transferring a load to the dryer before taking her upstairs.

“Do you think Benjamin will ever get married?” she asked.

“Well I want him to be happy…”

“He’ll always be surrounded by people he loves and who love him and that will make him happy. You know how much he loves his friends and family. And not everyone gets married.”

She skipped a beat to process this. I think I actually saw her brain wheels turning.

“What’s going to happen when you and Daddy die?” 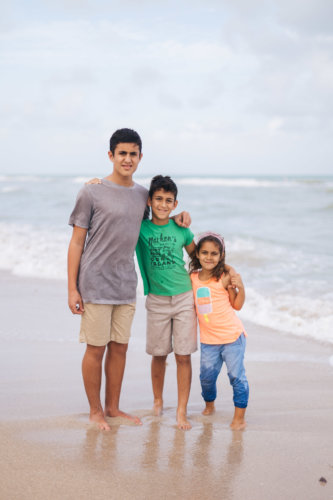 Ugh. This is a topic that’s been looming in the background for the past 13 years, ever since Benjamin’s diagnosis at age 2. Benjamin is far less verbal and independent than the Sam character, and he will likely always need a lot of support. It sucks to think about what will happen when we’re gone, which hopefully won’t be until he’s well into adulthood. Our other great hope is that when that day comes, Zack and Ayla will advocate for him, manage his care and spend time with him. That wasn’t a conversation I wanted to have at that moment, though, so I just stood there smoothing Ayla’s frizzy pigtail braids, trying to figure out something to say that wouldn’t be complicated or a lie.

What’s going to happen when you and Daddy die?

“He’ll be so sad and what if he gets like Flint?” she asked before I had a chance to come up with anything.

At first I had no idea who she was talking about. We don’t know a Flint. But then it hit me that she was referring to Jane, the documentary about Jane Goodall we’d recently seen together.

I’d chosen that one, too, (also with the help of Common Sense). If I felt guilty about letting her watch Atypical, I felt the exact opposite about Jane—so much so I was practically smug. First of all, it was pretty great. The film features beautiful, never-before-seen footage of Goodall and her adopted chimpanzee community shot in the 1960s and discovered just a few years ago in the National Geographic archives. Besides some very brief primate sex, it was all education and nature and serious feminist role model action.

Flint was one of the chimps Goodall studied. When we meet him he’s an adorable baby, hanging all over his mother, Flo. He is really attached to her and remains so way past the point that is typical. As a teen, when his peers have already long separated from their mothers, Flint is still climbing all over Flo and even trying to nurse. When she dies, Flint falls into a deep depression. He isolates himself from his community and stops eating, and three weeks after losing his mother, he dies, too.

Like I said, I did my research, so I was warned about the language, violence and sexual content in the programming I’d let Ayla see. But there was nothing in those reviews about how she might start to think about the ways love and difference and loneliness can play out for a being (human or otherwise) who is a little bit more vulnerable than the rest of us. There was nothing on what I should say when she asks the kinds of hard questions that keep me up at night.

“That won’t happen to Benjamin. He won’t be like Flint,” I said, hoping this would be enough.

I guess it was because she switched gears immediately, reverting to her regularly scheduled chatter stream, a mashup of commentary on the photos she’d seen of a Pokéman parade in Japan and a dream she had about the how the flower that’s developing on our real-life cactus grew so long it reached the street and how tomatoes are fruits which means she likes salt on her fruit and isn’t that so funny and how she really wishes she had telekinesis but even if she did she wouldn’t be lazy and move everything with her mind and how she hopes she’s not going to be around when the sun explodes because she wants to die “regular.”

She tied it all up with a “you know?” and then went to bed and maybe dreamed about the cactus again. Or maybe about something she’d watched on YouTube, something I had no idea she’d even seen.