In honor of Valentine’s Day, we asked our readers to send us their love stories. The stories we received are unique, funny, touching, and sweet. Here are just a few. 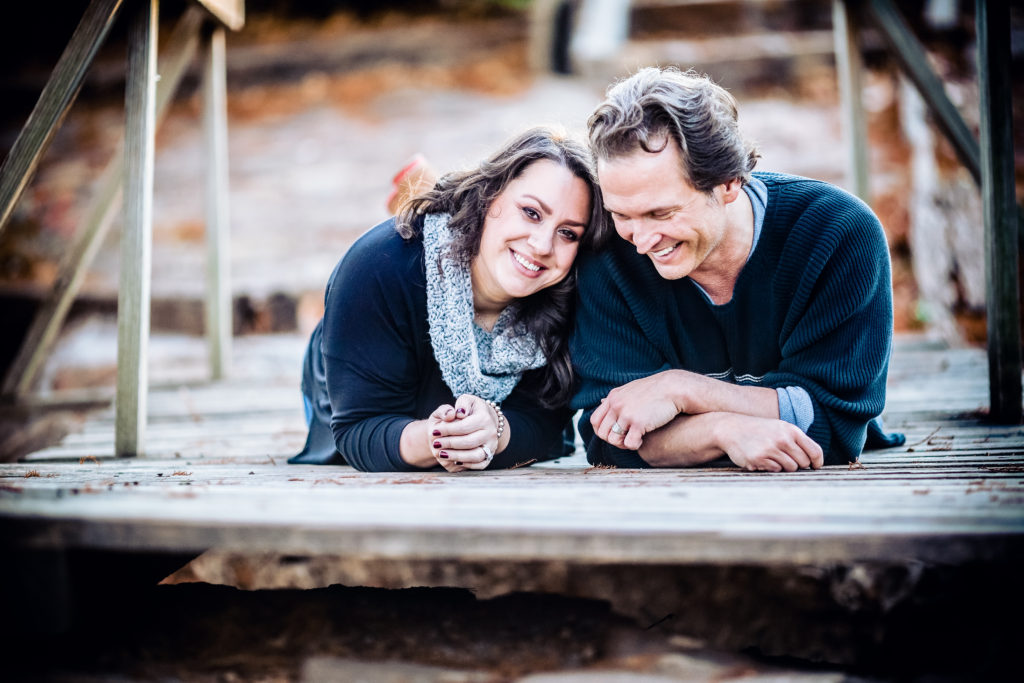 I was going through a divorce. Friends had suggested I get on one of the online dating sites. I did because dating had changed a lot since I got married. I get a ping from a guy who liked that I talked about my dogs in the very first sentence. He said he didn’t like doing the online back and forth, so if I wanted to get a drink, give him a call. I was feeling a little cheeky and texted him right then. We made plans to get together on February 28th for our first date. He was cute, I liked how he wrote, and he was funny in text. I had no idea what was in store for me! On the 27th I got divorced, and on the 28th I met the man I would eventually fall in love with and marry. On February 28th , we will have been together for six years and married for 3. That’s right, we got married on our anniversary, and I walked down the aisle to the theme from The West Wing.

Caryn, Connecticut
A friend from college invited a group of us out for coffee one evening. His friend from high school joined us. I ended up sitting next to him, and we talked for a couple of hours. Two nights later, my college friend called me and said, “somebody likes you, can I give him your number?” We were engaged 9 months later. Fun fact, Grok Nation‘s Esther Kustanowitz  was part of the group that evening! 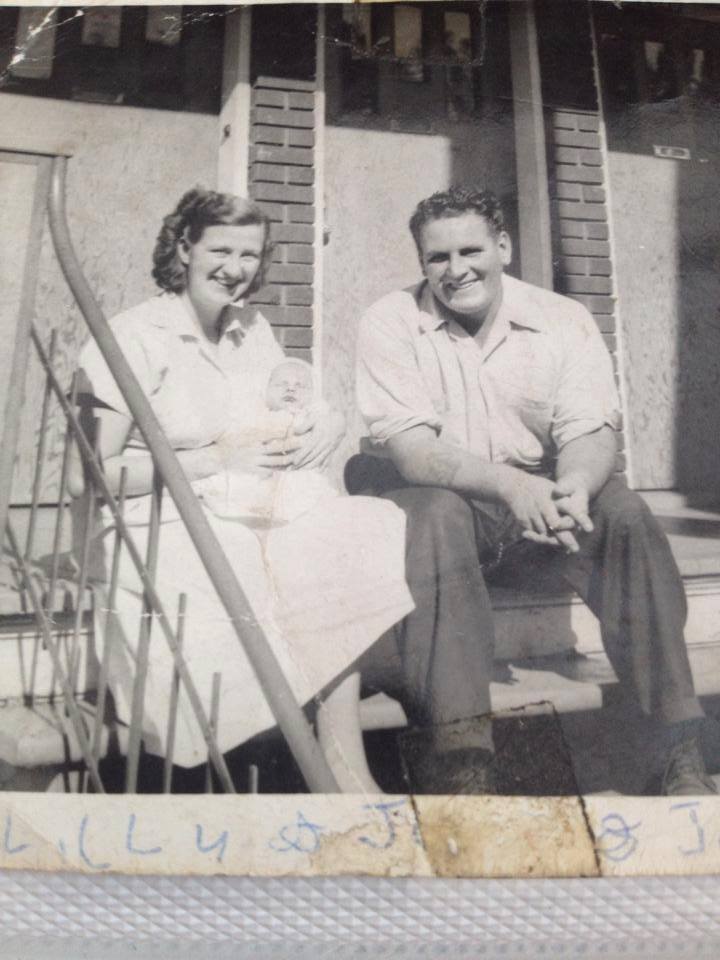 I want to share my parent’s love story. They met during WWII. My father was a Canadian Marine on a merchant ship, my mom a British 18-year-old. They met at a dance on a Saturday night. My dad was leaving port in a week so he proposed to my mom on Wednesday and they got married on the following Saturday. They got to spend a few nights together before he shipped out. After 3 months he sent my mom some money so she could go to Canada and settle a home for themselves. My mom tried to convince her friend to go in her place because she was scared to leave her family behind in England. My grandmother convinced her to go because she would have a much better life in Canada. When my mom finally got here, her in-laws treated her poorly. They thought she was going to be pregnant…why else would my father marry her? My father arrived back in Canada about 6 months later. They had been married 9 months and only spent 3 days together. They were married for 58 years before my father passed away. Just before he died he told us all that he had the best life and was lucky to marry a woman like my mom. It wasn’t always wine and roses. They were married at a time when people didn’t give up, they worked hard for what they had. They had 5 kids together and still held hands when they went for a walk. This is what a love story should look like in my eyes.

Heather, Scotland
I met my husband David in 1999 and we became good friends. In May 2000 the friendship developed into something more and we became a couple, much to the horror of some of our friends. Well, one in particular who had him earmarked for another mutual friend. We’ve had our struggles but have been married 16 years come September and are still going strong. 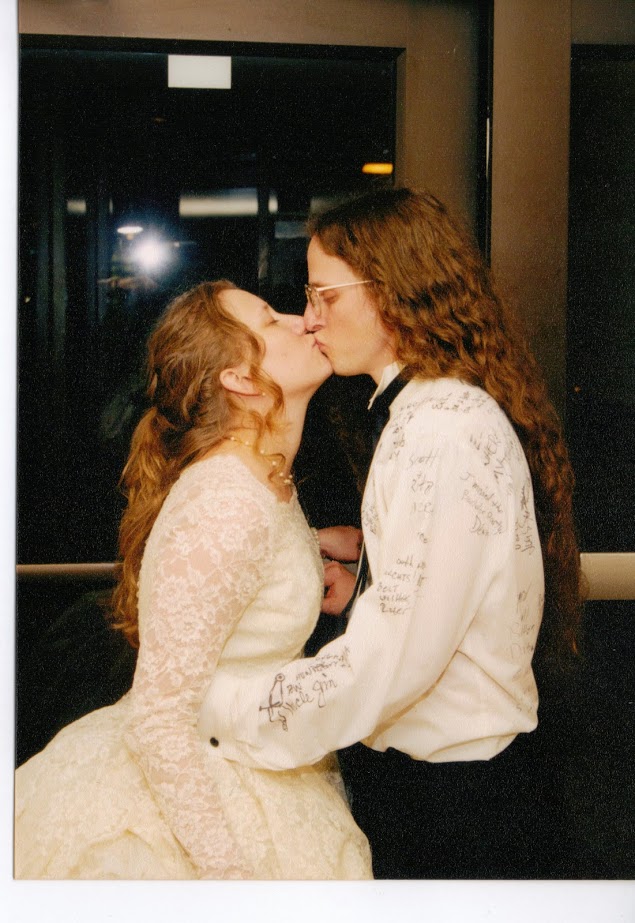 In 1997, I stood up for my friend Jenny’s wedding. She married someone from our high school, so it was nearly a 10 year HS reunion. While sitting at the head table I noticed a man that was sitting at the table by the bar – he had extremely long hair. Throughout the night I kept glancing his way and by the time I left I decided I wanted to know more about him. The next day I called Jenny and asked her if she knew who he was. “Let me guess, the guy with the hair!” Apparently, I had a type. I confirmed her suspicion and she laughed, “Lisa, that’s Eric Solak!” I was drawing a blank so she told me to get our junior yearbook and look him up. “I’ll wait,” she said. So I did. I was shocked. Eric was someone I had a low-key crush on in high school. I never knew his name, but I sure noticed him whenever I saw him in the hallway. He reminded me of John Bender, the bad-ass with the trench coat and sunglasses indoors from The Breakfast Club. I ran back to the phone and all but demanded a setup. Jenny and her husband Rich came through; Eric and I were invited over for a cookout. My extreme shyness nearly ruined everything and I didn’t say 5 words to him. After the night was over I really thought I blew it. I really liked him, he was funny and cute. The next day he called and asked me for a date. That was August 1997. After a few dates, I just knew this was the man I was supposed to be with. He seemed to know, too. In May of 1998, nearly nine months after our first date, he asked me to marry him. We were married in the spring of 1999. Our 19th anniversary is coming up, we have two children, and it still feels like we are dating. On our anniversary we send a “Thank You” card to Jenny and Rich because if it weren’t for them – we never would have met!

Elayne Reel, Missoula, Montana
It was a Sunday. We met at church. I was on crutches and he held the door for me. I was heading for the bathroom, but he wanted to talk. I forgot about the bathroom.