On a warm night, three years ago, my then 12-year-old son Yoni would not come into the house after we got home from dinner. Yoni tends to be emotional, so I assumed he wanted his space and gave him a few minutes. When he didn’t come in after a few minutes, I started to get concerned. Why wouldn’t Yoni come inside? Did someone at school say something to hurt his feelings? Was he being bullied? Did his twin brother do something? Did his older sister? All these thoughts were going off in my brain simultaneously. In my mind, I was going into Mommy freak-out mode, but an important part of parenting for me is presenting a calm façade when I know an important or hard conversation with my kids is going to happen.

I took a deep breath and I went outside to find him pacing by the back door, and simply asked him what was up.  Yoni said, “Mommy I have something to tell you.”  What was this going to be? Brain – freaking out more – going to worst places possible…breathe, I tell myself, breathe…

I of course responded, “Anything you want to tell me, I’m your Mommy, you can tell me.”

“Sounds right to me, do you want to tell Abba (Hebrew for Dad)”?

“Sure,” he said. And we went back into the house and told his dad.

You might wonder what I was thinking at that moment, what I was feeling. I wasn’t in freak-out mode; in fact, my brain instantly quieted when Yoni told me he was gay.  To be honest, I mostly felt relief – everything started to make sense. I knew Yoni was struggling with something – there were late-night texts with his sister that she wouldn’t tell me about – you know brother/sister privilege and all…Well, phew, we got this out of the way: check one off the teenage angst list of things to worry about. Next on the list was wondering how his friends and our family would accept him, which turned out to be a non-issue.  No one had a problem with him coming out.  Now maybe it is because we live in liberal Los Angeles, and because Dani (my husband) and I led the way by modeling unconditional acceptance, and because we just chose our friends and family well, but in any case, that process was easy.  And finally I really began to worry about his Jewish identity.  By profession, I am a Jewish educator – I have spent most of my life in some sort of Jewish education – formal or informal.  Would Yoni find his place in our Conservative Jewish community and not have to separate these two identities or would he feel a need to give one up for the other?

That’s when my good friend and fellow educator Todd Shotz asked me to get involved with an organization called JQ International; Todd was the chair of the board, and thought it would be a natural fit for me. I learned that JQ International was a trans-denominational Jewish community that was founded in 2004 as a place for lesbian, gay, bisexual, transgender and questioning (LGBTQ) Jews to come together when there were few places in the Jewish community that welcomed them. JQ focuses its work in three primary areas; building community, educational programming, and support services. JQ elevates the work of synagogues, Jewish day schools, agencies, and other service organizations serving Jewish, LGBTQ, or secular community members by teaching them  how to create inclusive and welcoming spaces with trainings, workshops, A speakers’ bureau, and the newest goal at the time, to create a Jewish Queer Straight Alliance for teens.

How could I possibly say no?  Here was an organization that would help with everything that I wanted for my son.  A safe place, where he could grow in both his Jewish and gay identities.  A place where he would learn leadership skills and make new friends.  And a place where our entire family could grow in our lives and understanding of LGBTQ issues.  And you know what?  Three years later, JQSA has done all of that and more for Yoni and for us. 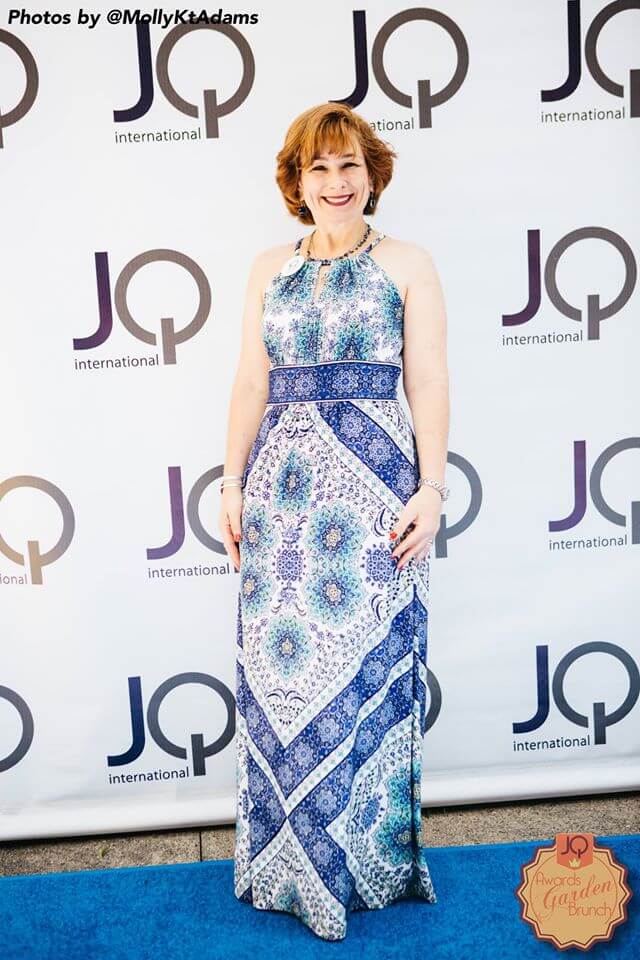 Deborah at the JQ event

Recently our entire family, my husband Dani, daughter Eliana, Yoni and his twin brother Gavi attended the Transgender Remembrance night that JQ co-sponsored with Beth Chayim Chadashim, the first LGBTQ synagogue in Los Angeles. Jess, a young person who prefers to use the pronoun “they,” shared their story: a story of being disowned by family, a story of failed suicide attempts, a story of being alone, a really tragic story that at last had a triumphant end as Jess found authenticity and a place where they could belong.  As I was listening to Jess’s story, the Momma Lion in me roared, how could a parent let their child suffer like that?  How could a mother deny her cub?  My heart was beginning to shatter, a tiny piece at a time as Jess was speaking.  I took a deep breath and realized that the love and acceptance we’d shown Yoni is not the universal response of parents when they find out their child is gay. The love and acceptance that our community has shown Yoni is not the universal response of communities who encounter difference.

I realized that my involvement with JQ could really make a difference to people outside of my family.  My support for Yoni could serve as a model for other parents and if I could spare anyone what Jess went through, then I would have served my purpose on this earth.

I always considered myself an ally of the LGBTQ community, participating in the first AIDS walk in Los Angeles and being supportive of gay friends and family members. However, becoming an active participant in an organization working to create community, educate our community, and offer support services has given my life a new sense of purpose. One of my important jobs as a parent is to be model to my children the behaviors and actions I want to see them emulate. Sometimes a parent gets super-lucky and can actually learn new behaviors and actions to emulate. I am such a parent.

For more information about how to be an ally and support LGBTQ teens and adults: 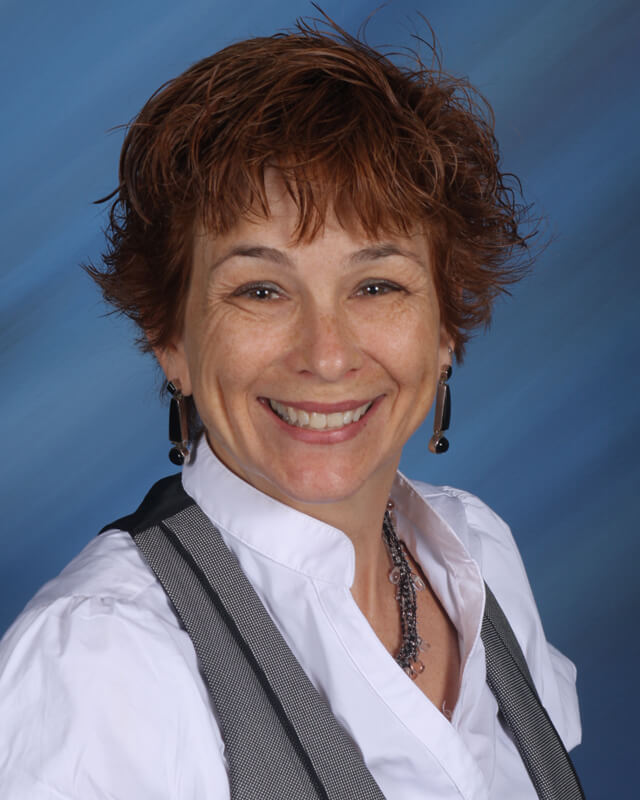 Deborah Engel Kollin is a native of Los Angeles.  She’s been happily married to her husband, Dani for 25 years and together, they’re the proud parents of 18-year-old daughter Eliana and 15-year-old twin sons Yoni and Gavi. All three of her children were born in Israel, where Deborah and Dani lived for almost 8 years.  Deborah most recent position was as the Director of Operations for The Rabbi Jacob Pressman Academy of Temple Beth Am. She is currently exploring options for her next professional adventure. In her free time, Deborah loves to read, cook, and spend time with her family and friends.  In addition, she is a proud member of JQ International’s Board of Directors.