If you’re on social media at all, every September you might see it. Maybe it’s a yellow ribbon over a friend’s profile photo on Facebook, or someone mentioning her “fluttering” experience from the other night. Maybe it’s an impassioned plea, alongside a photo of a child who is no longer with his family. Maybe it’s a string of stats — line after line of numbers, percentages, and fund-raising goals.

September is Childhood Cancer Awareness Month in the US, and it means something different to everyone. For me, it used to mean that t it was time for my annual donation to St. Jude’s. I try to be punctual about that one, as my own child spent a few years in and out of the Memphis location for a genetic platelet condition, and the hospital was our rock.

Before 2016, “childhood cancer” were two words I never wanted to say out loud. The idea of children getting cancer wasn’t new to me, but as a mom it was —and is— terrifying: childhood cancer is one of those things that just shouldn’t exist. But it does; it’s real. It’s excruciating. I “knew” this before 2016, in a way that everyone knows cancer is awful, whether or not you’ve had it. But it wasn’t until February 2016 that I started to really begin to learn about pediatric cancer. Not firsthand, but through the grapevine, when a friend’s ten-month-old son, Ben, was diagnosed with a Malignant Rhaboid Tumor (MRT) and her world turned upside down. 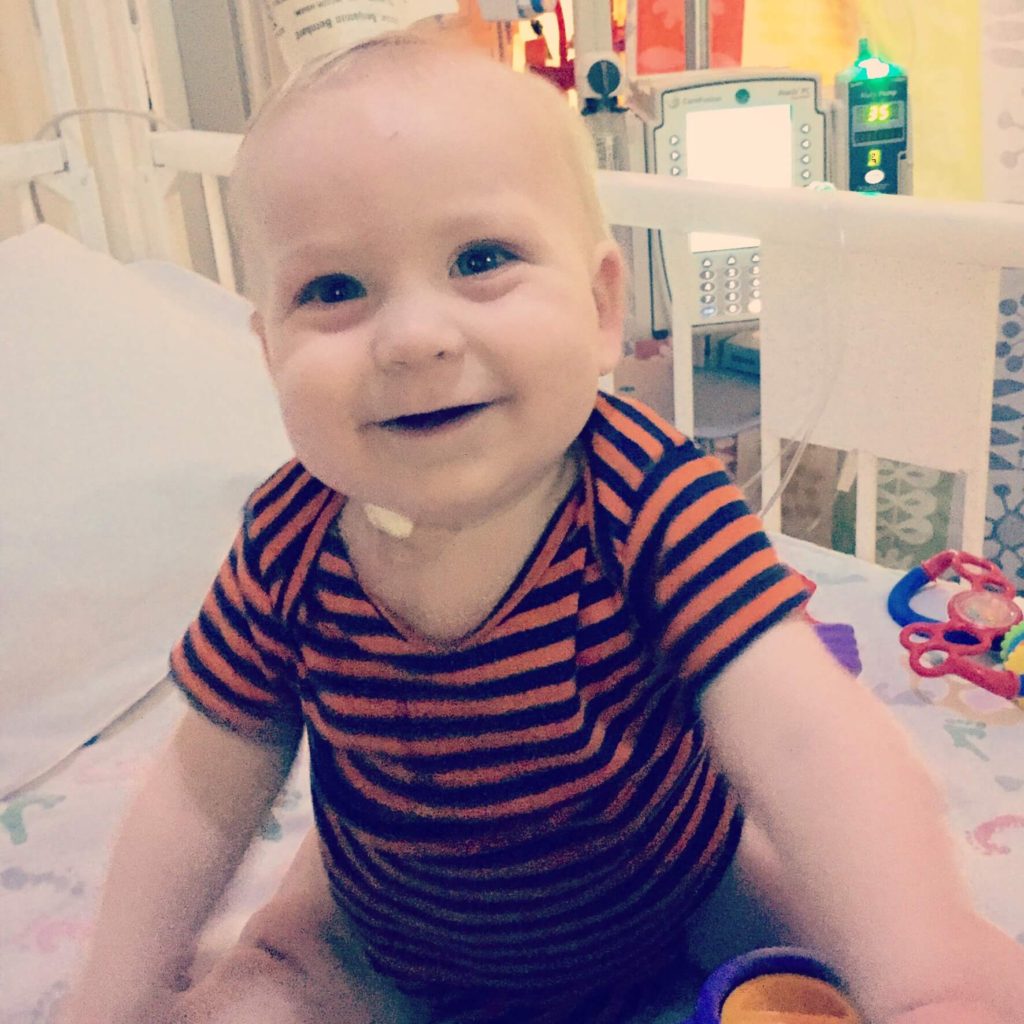 Photo of Ben, by Erin Stensler

Erin is one of my oldest internet friends, and among the group of women I met online when we were all pregnant around the same time. She is the mother of three: Ben, Becca, and Hannah (her oldest). She’s also someone who I cherish deeply. Erin is kind and gracious and goofy. She’s willing to explore new ideas; she’s open to growth in a way that not that many people are, when it comes down to it. She loves her husband, and loves her children in an otherworldly, yet entirely grounded in reality, way that has been really fantastic to watch from across the internet.

Erin also knew about our history with St. Jude’s, as she’s been in my life since my pregnancy and knows all about my son’s story. So it wasn’t surprising that she reached out to ask about the hospital when her world was starting to spin faster than she—or anyone—could get a handle on. The nature of an MRT is vicious, to be blunt: the tumors are very aggressive, and they are difficult to treat in the best of cases. They’re also rare: 20 to 25 new cases of MRTs are diagnosed a year in the United States, almost exclusively in children who are younger than two-years-old. And there’s not some tell-tale sign, or one symptom that will clue you in. Ben and Erin’s journey began one night in February 2016, when Ben threw up twice and was listless. Erin and her husband were worried and went into the ER to discover that Ben was severely anemic for no discernible reason. Two days later, a mass was found on his liver, and the next day, doctors determined that the mass was cancerous.

At ten months old, Ben began chemotherapy, and completed this third round the week before his first birthday. Erin and her husband, Brian, adapted as best they could to their new reality: while Erin took Ben to treatments, or to receive platelets, or for scans, Brian helped their oldest with Girl Scouts and cookie sales, while friends and neighbors pitched in to get their middle child to and from preschool throughout the week. In fact, it’s odd how mundane life was: the night Ben threw up could have been like any other that week: 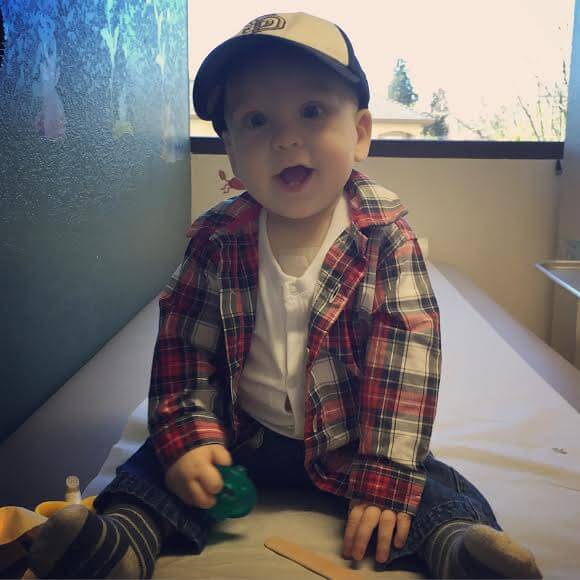 Photo of Ben, by Erin Stensler

“I was doing the ironing, and we were discussing if we wanted to call up his [Brian’s] mother to see if she could perhaps watch the kids for a few hours so we could have a last minute date night, maybe go see a movie. Twenty minutes later, Ben was fussing, so we sighed about how we’d see each other in eighteen years, maybe. Brian was trying to get the girls in the shower, so I figured I’d nurse Ben down a little early.”

Cliches exist for a reason, there are kernels of truth buried in each one. And for every child who has battled pediatric cancer, there’s a family who can tell their own version of a night that was “like any other night that week” or about how “you never think it will be you, until it is.”

So what is being done to help combat childhood cancer? Because, just like you, I feel like I see fund-raisers for pediatric cancer everywhere. So there must be money in the bank, right? Money that will help fund research?

Erin told me, “Research takes money, and there are over 250 distinct types of pediatric cancers—and each needs its own characteristics and weaknesses. Most are so rare that research into cures isn’t profitable, so drug companies have no incentive to create new medicines. Many are SO rare that even incentive funding is not enough to encourage pharmaceutical companies to do research.”

“I think the money isn’t there because, quite honestly, people don’t want to think about it. Children being sick and dying from cancer is not a pretty thing to think about—but it happens. It’s just easier to turn a blind eye and act like it won’t happen to you. And the reality is, it probably won’t—pediatric cancer is relatively rare.” — Erin Stensler

A solution, possibly, maybe, might exist in our current political reality. In a time of deep, traumatic political upheaval, many of us are looking for a way to dig into our communities and help. We can’t be everything to everyone; it isn’t possible for an individual to attend to each cause and every organization. None of us can be expected to attend every rally—and I don’t think we should have to. I think, instead, now is a time that many of us can really find one or two issues—be they directly relevant to who is or is not in the White House or not—and actually make a real difference in those worlds. I think, not too tenuously, that lobbying pharmaceutical companies who could—and should—fund research into treating and preventing childhood cancer is right up there with the social ills of the world that need to be remedied.

So… maybe that’s you. Maybe not. Maybe the most you can do is make your annual donation to St. Jude’s, or Unravel Pediatric Cancer, or Cure ATRT. Maybe you won’t click away the next time your friend posts about Childhood Cancer Awareness; maybe instead you’ll message her, and you’ll ask how she’s doing. You’ll see if she needs a sitter for her other kids, or you’ll order the family a pizza for that night. Maybe you’ll contact your friend at the pharmaceutical company. Who knows? Maybe you’ll make a sizable donation specified for MRT research. Maybe you’ll raise awareness the best way you know how. 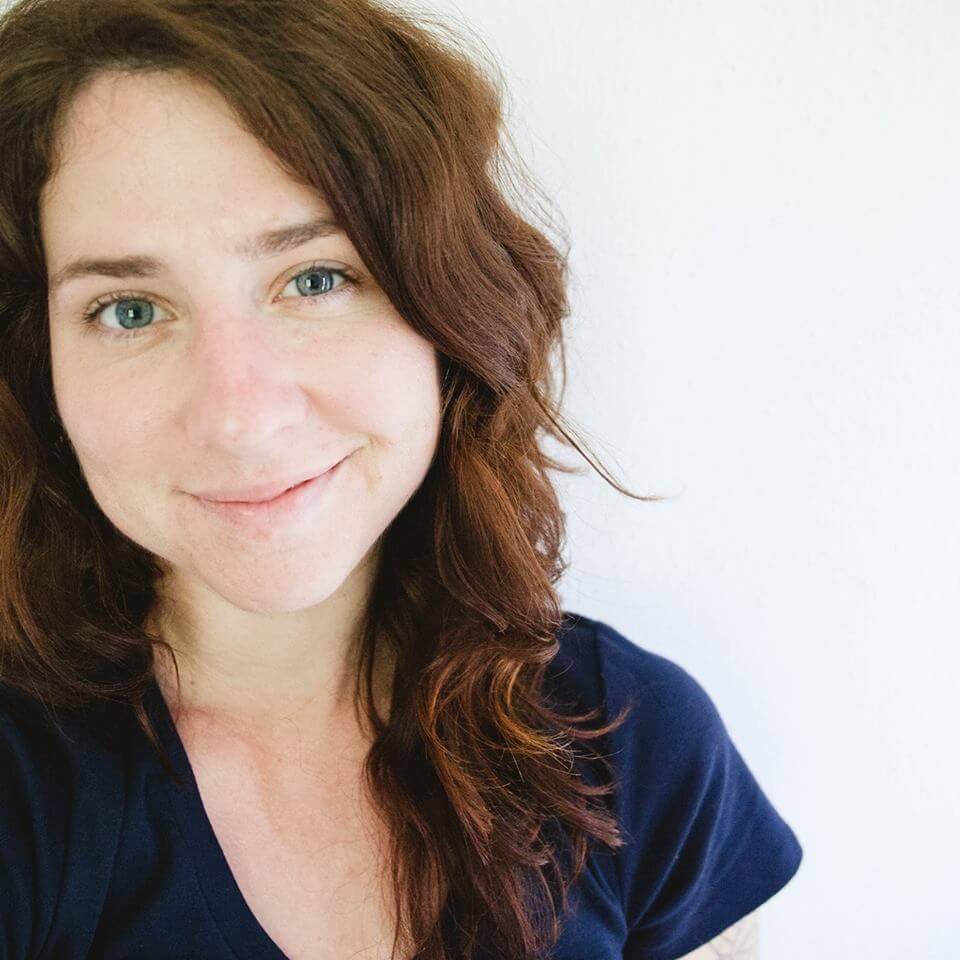 Stephanie Kaloi is a writer, editor, and photographer living in Oakland, CA, with her family and menagerie of adopted pets. She spends an inordinate amount of time reading and wandering, and is always down for a cross-country road trip.