At age 35, tired from too many years of pride-fueled silence, I told my parents that I had been taking an antidepressant for anxiety and panic attacks. My father listened quietly and gently replied, “Well, you come by it honestly.” He didn’t say much more, but he didn’t need to. In his quiet way he was telling me that I’m not the first Bornstein to face such challenges.

I frequently hear an undercurrent of my father’s voice – the cadence and tone of his delivery – in my own voice when I speak. I hear his diplomacy when I debate, his compassionate professionalism when I counsel colleagues, and his playfulness when I spontaneously break into song, as he is well known to do.

And I heard his voice when I sat with my young, beautiful child and cautiously said…“I want you to know, you come by it honestly. Do you know what that means? It means I too have a hard time managing my emotions. I too sometimes feel like I can’t control what’s happening in my mind, and I too sometimes feel a bit out of control. I want to show you something. See, these are the little pills I take. Look, mine are a different shape and color than yours, but they do the same thing. We can take them together if want. Would you like that?”

Seeing your child suffer is a wretched experience. Seeing them suffer from an ailment that you too have suffered from, especially one that is likely hereditary, is something more than wretched. It’s an evil cocktail of guilt, indignation and hopelessness. It’s your heart sinking deeper than you thought your heart could sink. It’s knowing – from your own experience – what kinds of challenges may lie ahead. It’s wanting to beg forgiveness from your baby, this little child wading through an unexpectedly complicated world with a handicap for which you feel directly responsible. In truth, nobody knows for sure why any given person suffers from mental illness, but the weight of genetics looms large on the conscience of a parent. Putting genetics aside, the world itself is jagged and unforgiving. It demands strength and sophisticated coping skills, and it is up to parents, and the community at large, to make the training ground that is childhood a merciful one.

Parenting a child with a diagnosed emotional impairment is complicated; teaching them to not beat themselves up while simultaneously pushing them to be strong and resilient is a hard message to implement. Teaching my child to be accepting of very real personal limitations while not relying on those limitations as emotional get-out-of-jail-free cards is daunting. It is tasks like these that remind me that even the most complicated days at work are really not all that complicated. The hardest job in the world is parenting.

There’s that old aphorism about children not coming with an owner’s manual. Not only that children change, adapt and grow. With any child, what worked yesterday might not work today. We had a major breakthrough when we realized that our child could better communicate in writing than verbally during times of deep emotional distress. But that strategy no longer seems to work. We had another breakthrough when we realized that traditional time-outs weren’t effective. We would impose 5 or 10 minutes of alone time, away from the family when our child could not interact calmly with others. We found, though, that there was no “right” amount of time, and we were better off allowing our child to decide the right time to rejoin the family. It worked for a while, but again, this strategy is not as effective as it once was.

Our most powerful tool, the one that seems to endure when other strategies come and go, is introspection. Our child, despite the frequent bouts of drama and anxiety, is remarkably self-aware, self-reflective and compassionate. We have learned that the heat of the moment is not the time for punishments, lectures or even attempts at consolation. We have learned that – for this child – when anger and anxiety are at their peak, reason and problem solving are impossible. We have learned that back-rubbing and hugs are for the morning after, not the night of.

Before I had learned any of this about my child, I was trying to learn about myself. In September 2013 I decided to publicly write about my personal emotional struggles. In retrospect, I can’t recall what motivated me to write. It was somewhat impulsive. It just felt like the right thing to do. I sent a draft to a Boston-based NPR site wondering if they’d take me seriously. They did. My piece was published and I was soon overwhelmed by the outpouring of support and the number of people who reached out to me to share their own stories. Still, I didn’t give much thought to where it would lead, and I certainly did not expect to be writing four years later about my child’s struggles.

The writing has become somewhat of a side project. I founded Mental Health Safe Space about eight months later – first a Facebook page and later a blog – to share personal stories from others who were living with mental health issues. I hoped to raise awareness, so that those who were suffering silently might find the strength to seek help. But I’ve slowly accepted what was no doubt painfully obvious to those around me: that I also had selfish motives. I wasn’t just writing for others, I was writing for myself. I never liked talk therapy, but I relish keyboard therapy.

I continue to write, but now I am writing for two. I am writing for me, and for my baby; for this emerging soul who is slowing uncovering the complexities of life, and who, I pray, will have the inner strength and self-confidence to navigate treacherous emotional waters with the knowledge that asking for help is not only beneficial but admirable. I am writing to set an example for my child that it’s okay to be vulnerable; that there is no stigma in working with a professional to determine if taking a pill will help regulate mood and anxiety. And I am writing to help others understand our struggles a bit better, in hopes that that my child’s world will become more accepting of those with all kinds of emotional difficulties and challenges. 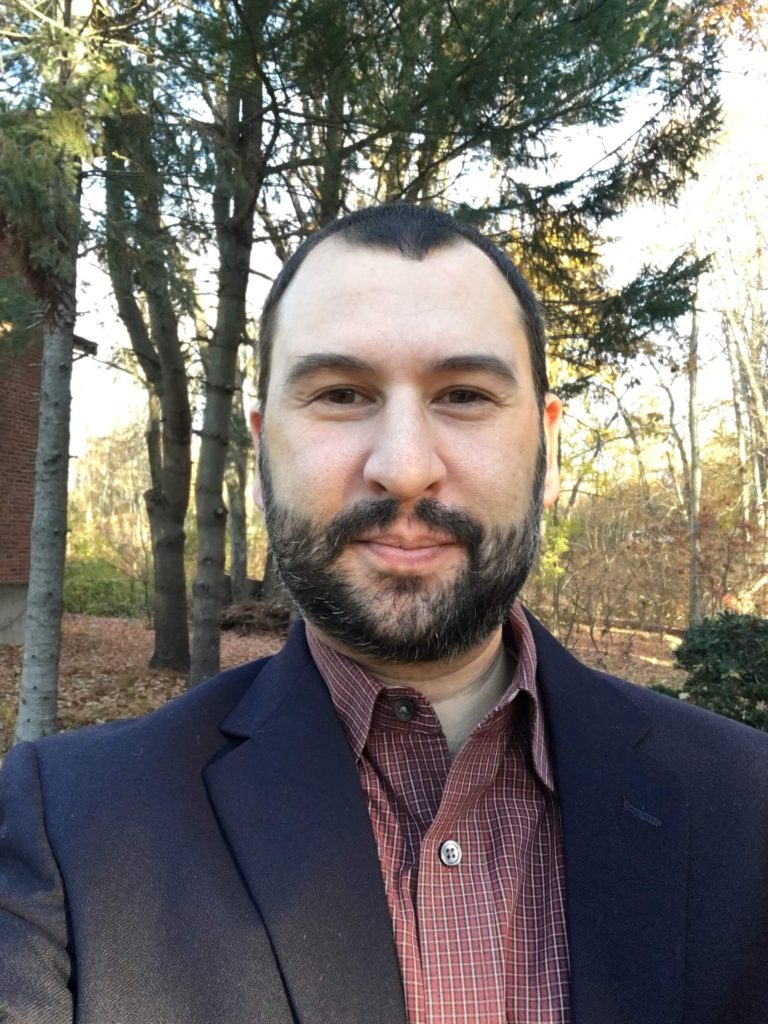 Jamie Bornstein is the Senior Director of the Pardes Institute of Jewish Studies, North America and founder of Mental Health Safe Space. He lives in Sharon, MA with his wife, three children, one au pair, one dog and four chickens.