I’ve been having a hard time finding what to watch with my boys. I have not had a television in many, many years. And with a few, very rare exceptions (The Last Kingdom, Stranger Things and Last Chance U), I don’t watch episodic television.

I started renting movies to show my boys, and it’s been really fun to watch Star Wars with them and Neverending Story. We all enjoy superhero movies, so those are slam dunks now that they are old enough to handle the violence. I’ve introduced them to Jim Carrey’s and Will Ferrell’s comedic skills. It’s fun watching movies together.

But a lot of options on video streaming sites have too much vulgarity, violence, or nudity and one can only watch Star Wars so many times. Actually, one can’t watch it too many times, but I like to break up Star Wars with some other things once in a while.

I recently discovered the comedy of Jim Gaffigan. He has several Netflix specials, all of which are co-written with his wife and all of which are clean. Meaning, he doesn’t really curse. Maybe once or twice he will say “jackass” or something like that, but I am told he is Catholic and that that influences his lack of cursing, which I think is important to model for my kids. (Trust me: I curse more than I ought to, but I always express remorse, and it’s something I definitely don’t want to show my boys a lot of!)

I have seen all of Gaffigan’s specials, and I chose to show my boys Cinco, which refers to the number of kids he and his wife have. Gaffigan has a very special way of delivering jokes; he’s known for strange voices and his surreal takes on mundane topics, but he is very natural and he doesn’t feel like a standard stand-up comic.

My boys – 9 and 12 – loved it. The 9-year-old found some of the jokes a bit hard to understand, but the 12-year-old for sure felt like Gaffigan was speaking his language, and laughed so hard he couldn’t breathe. Maybe it’s because Gaffigan shares with me a global disdain for fancy things, and he playfully ridicules our culture’s obsession with silliness. Or maybe it’s that he is irreverent and brutally honest about himself, which I have trained my sons to appreciate in people. Whatever it is, it worked.

Laughing with my boys is something I treasure so much. Although I am a comedienne, I am not always funny. And as a working mom, I am often bossy – since I have to organize chores and carpooling- and such a lot of the time it can be stressful and not funny at all.

The moments I have laughing with my boys feel like the moments they will someday remember most fondly. I want them to remember how I could laugh easily with them.

I hope they say, “My mom laughed with us a lot.”

Finding Jim Gaffigan’s comedy opened a door of shared laughter which we all happily will walk through again and again. If you want to share a laugh with your little ones, I highly recommend Cinco! 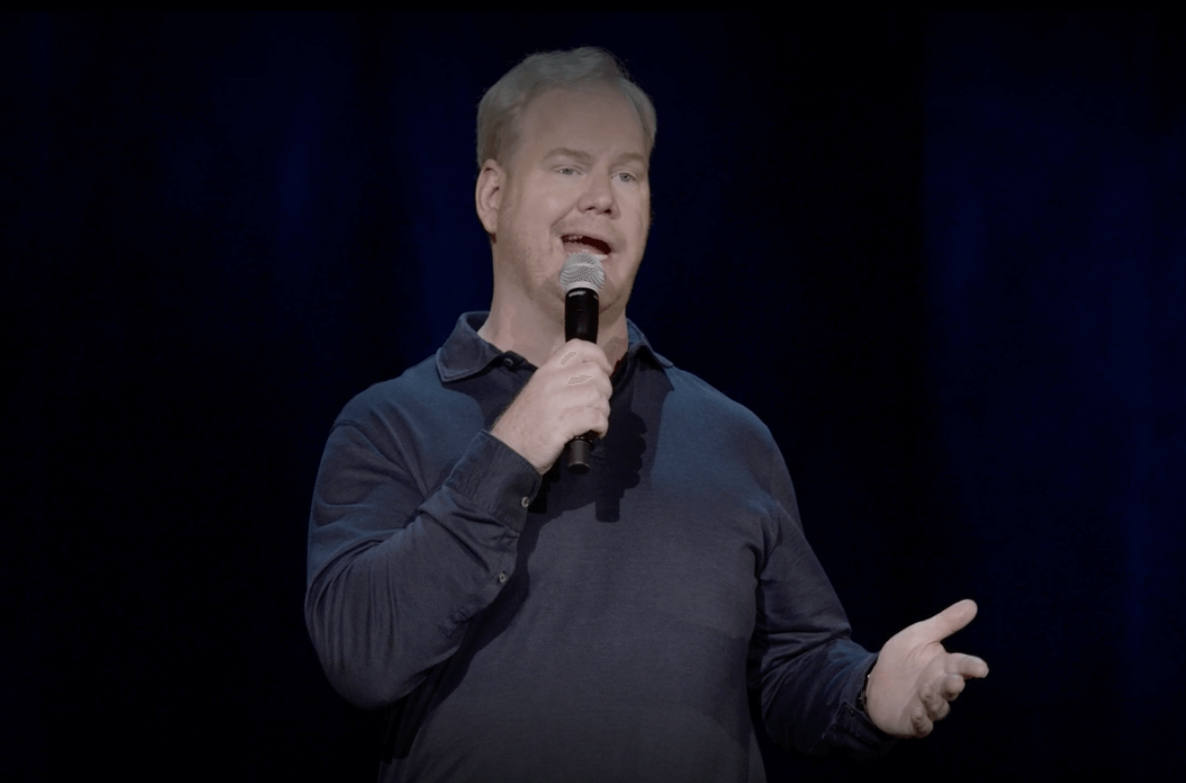