After reuniting with her biological father, singer songwriter Jenni Alpert—who began going by Cami after—has written two posts so far about her adoption and reunion journey. Read part I and part II here. In the essay below, Jenni/Cami explains how her father, who she refers to as ‘D’ throughout the story, decided to turn himself into the authorities for jail time.

My biological father had been running from his probation officer every time he was released from prison because he couldn’t follow the probation regulations that he remain clean: all his drug tests would come back positive. But the time we spent together during those three weeks led D to make the choice to turn himself in to the police and to end his running once and for all. Because we met, for the first time in his life, D was willing to try something new: the road to freedom.

I knew that D had been willing to turn himself in order to keep me in his life, but it was only after he had turned himself in that I discovered that—after having violated his probation many times—he might have his probation revoked completely, resulting in a potential sentence of three years. But instead of fear, he began to have faith. D kept this potential sentence and grave consequence from me in order to protect me from the pain he thought it might potentially cause me.

Upon hearing D’s new plea, the judge decided to give him one more chance and sentenced him to 120 days half time instead of three years. For the next seven weeks, while he was in jail awaiting a court date for release, D and I wrote letters back and forth. At that time, I was traveling across the country and, every single day, I made sure to find a post office wherever I was to ensure that letters would be mailed to D consistently. Sometimes I would write four letters a day, to make sure he had plenty to read. 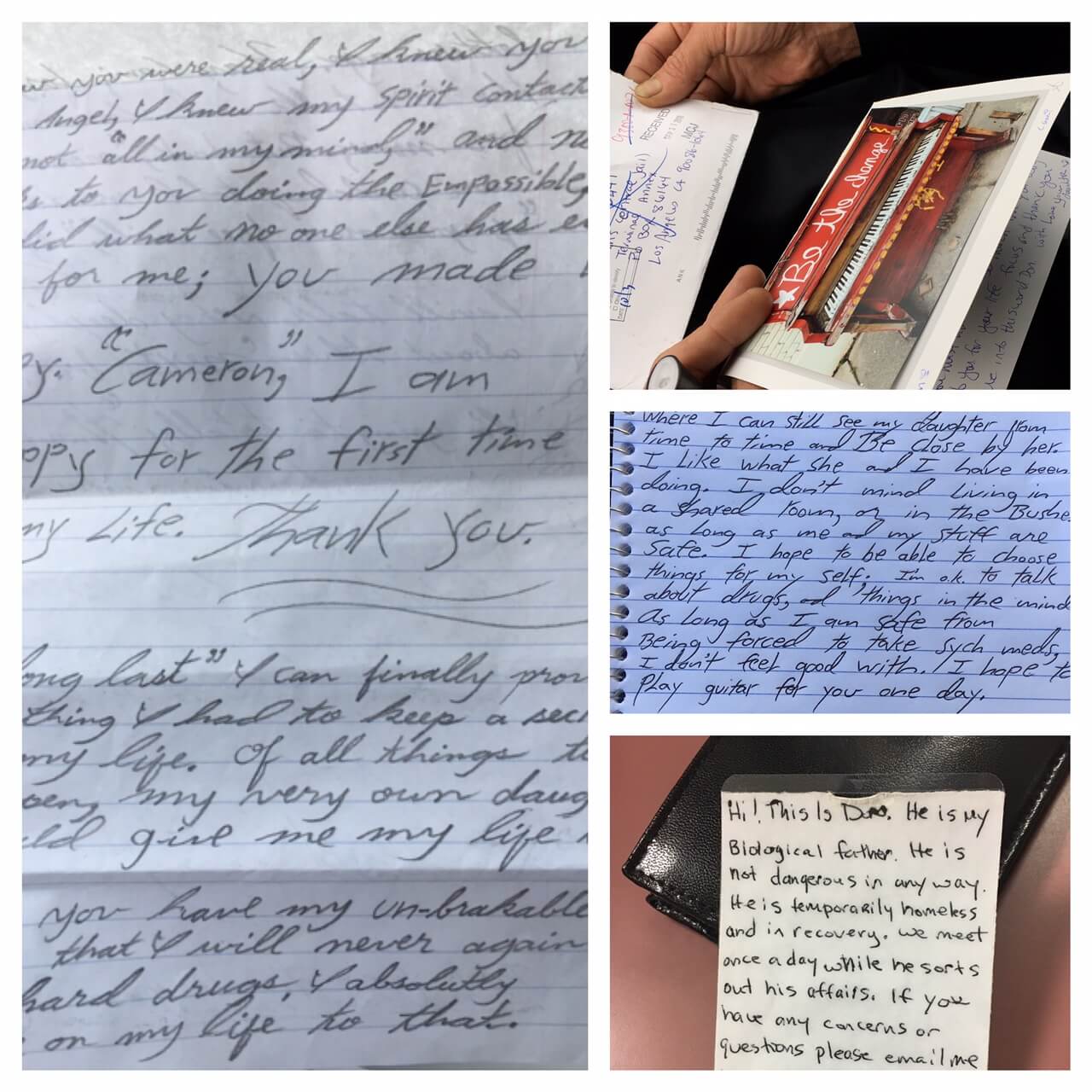 The morning of D’s court hearing, I woke up earlier than usual with a shortness of breath. I kept thinking D’s name over and over again. I tried to picture precisely what he might be experiencing at that very minute in time. I felt like I was protecting him even from afar, which confirmed for me what I had felt shortly after meeting him: that there was a reason for our reconnection, much larger than I could have imagined: I was able to present a bit of safety and protection for him as he faced the next part of his life. 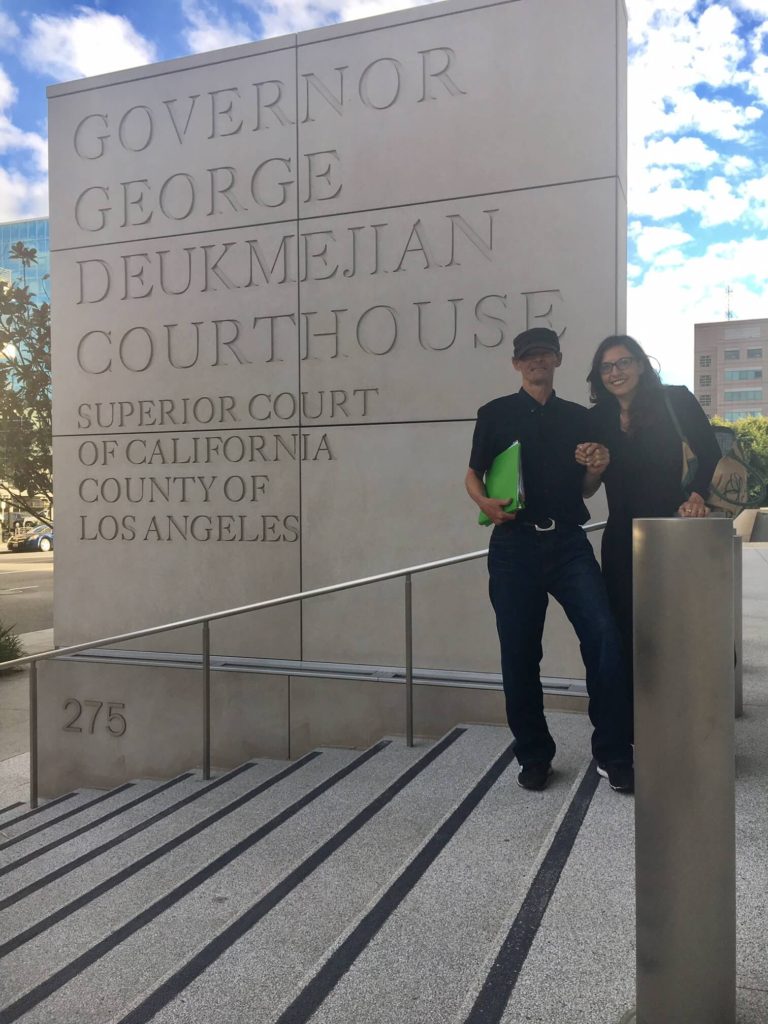 Jenni/Cami at the courthouse with her father

After seven months in prison, the judge miraculously chose to grant D freedom. By all accounts, this was a chance that should have never been granted, but he was being given one more opportunity to follow the probation regulations and maintain his newly found sobriety.

I had been waiting since 6 a.m. across the street from the jail not knowing which exact minute or from what door he would be released. I only knew where I had wrote that we were to meet on which day, and there I waited, hoping he would see me when he was released. At 7:03, he walked across the street. I screamed, “D!” and we embraced.

From the moment of his release, together we began trips to Alcoholics Anonymous meetings and recovery homes to learn about sober living housing and resources for homeless people as well as those who have mental health challenges. I set out to introduce and explore with D ways to earn and spend money in productive and positive ways and we also spent our time together doing anything and everything fun that came to mind. 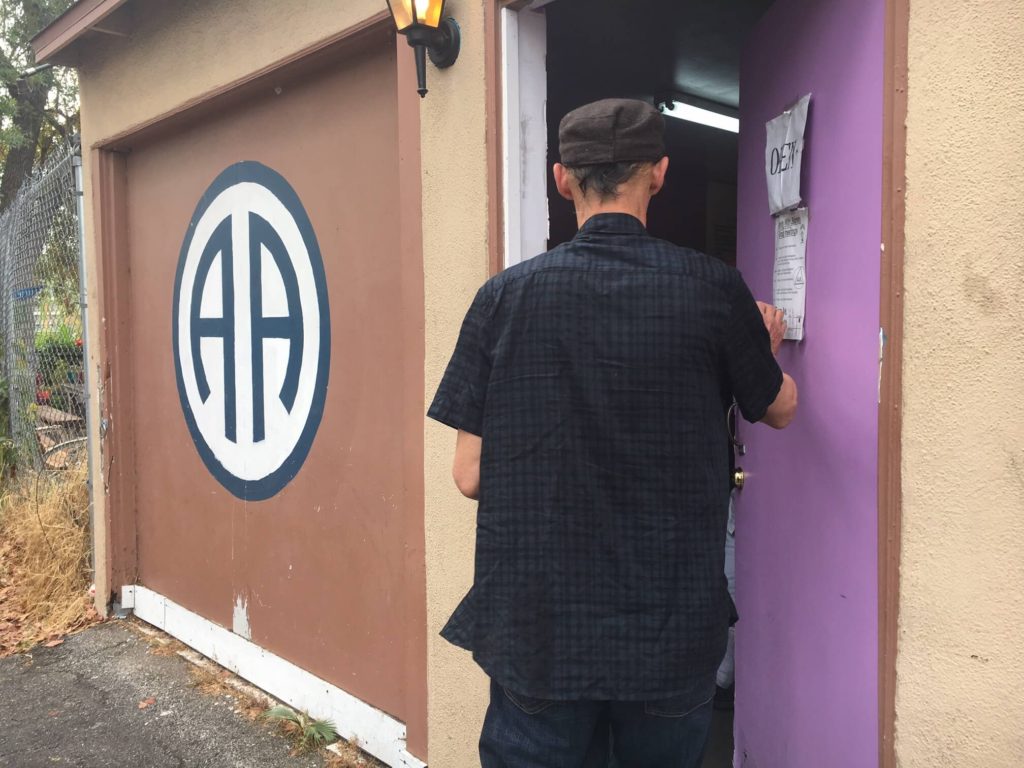 After D’s release, our deep connection with music continued to develop through our time spent playing music and performing regularly together in parks and on a few stages. He loved doing this and guided me through all aspects of music. Shortly thereafter, I decided to have D join me in a foster home where I volunteer, to assist me in teaching foster children about music and song writing. Not surprisingly, they loved him.

I knew from the start that D’s energy and his capacity to learn set him in a good position to be inspired if he was just presented with options and opportunities in a certain way. Looking at D was, for me, a reflection of myself; he was me if I had not had the tools, the opportunities, the stability and the love I had been given.

D: I acknowledge that there have been things I have done in the past that hurt people. Any pain of any kind is not friendly to inflict against an innocent person. I’m sorry when whatever I did caused anyone discomfort as I am sure I did. Though there are some parts of me that will and can never change, since I’ve met my daughter Cami I am without a doubt a new person because of her. She has let me get extremely close to her and I love and am grateful for every minute of it. 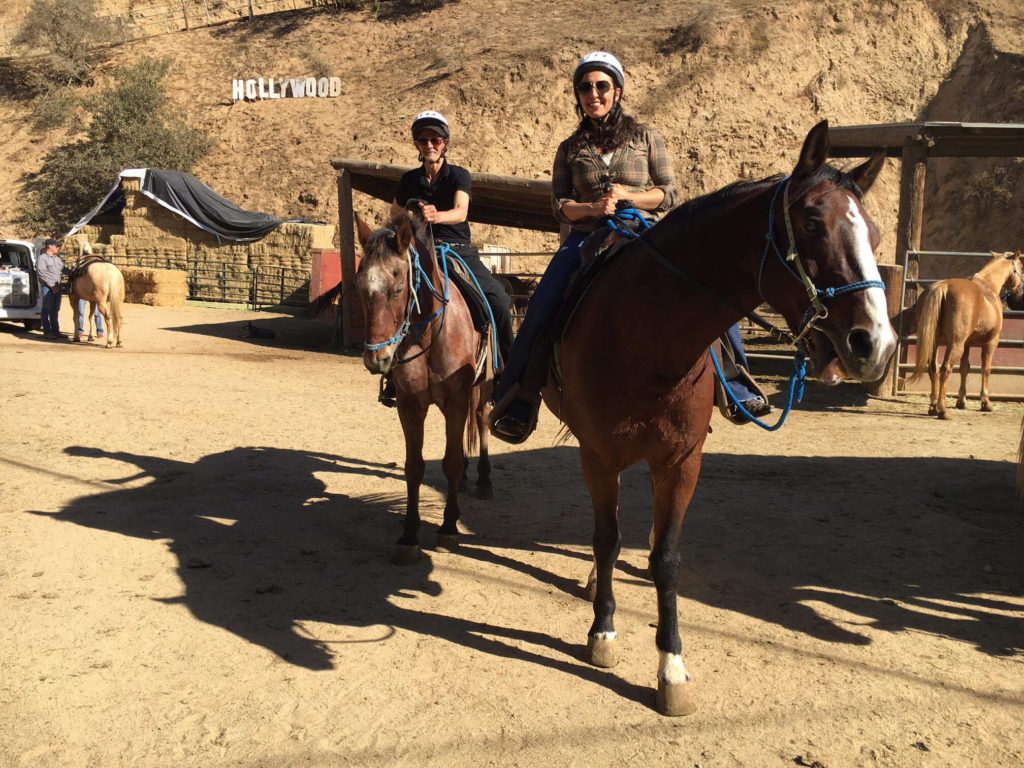 I spent time walking him through health food stores, watching movies, and making meals and delicious coffee together to expose him to as many experiences as possible all the while getting this unbelievably rare opportunity to be with a long lost biological family member. We’ve gone to hear music together, horseback ride and for pedal boat rides  together, hiked together, stared out on the horizon together, and even gazed at the stars arm and arm together. We have played all types of music together both on stage and off together and most of all started creating our own music together – this was the most thrilling thing ever.

I have had the opportunity to get to know this man in a new way of life as he began willingly to consider new aspects of life for himself. We discuss topics around forgiveness, awareness, and love as we experience togetherness and intimacy and a sense of understanding and trust that we are building together. This has formed a bond that will not and cannot be broken. D has guided me, supported me through so much, and loved me for no reason other than I am who I am. It can’t get much better than that. 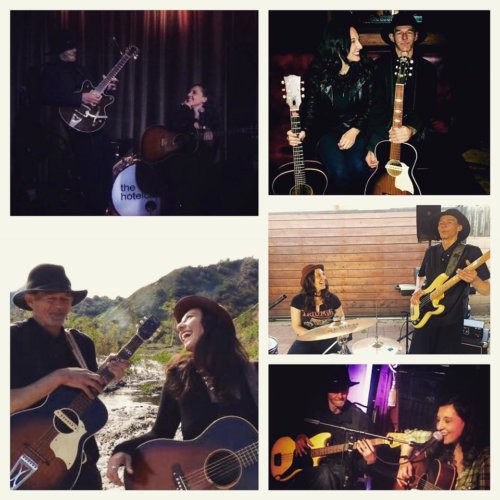 Since I’ve been following procedure, some things have been taking a lot longer than before. But my life right now is absolutely great because of my obedience to the law in that I don’t fear getting into trouble every day. Things about my life are going on in such a way that I had never even known before.

I didn’t ask D to change. I never said if you do this you can have me. In fact I didn’t ask him to do anything but if I can open a door of ideas and understanding for him to decide what he wants for himself, then I want to do it. 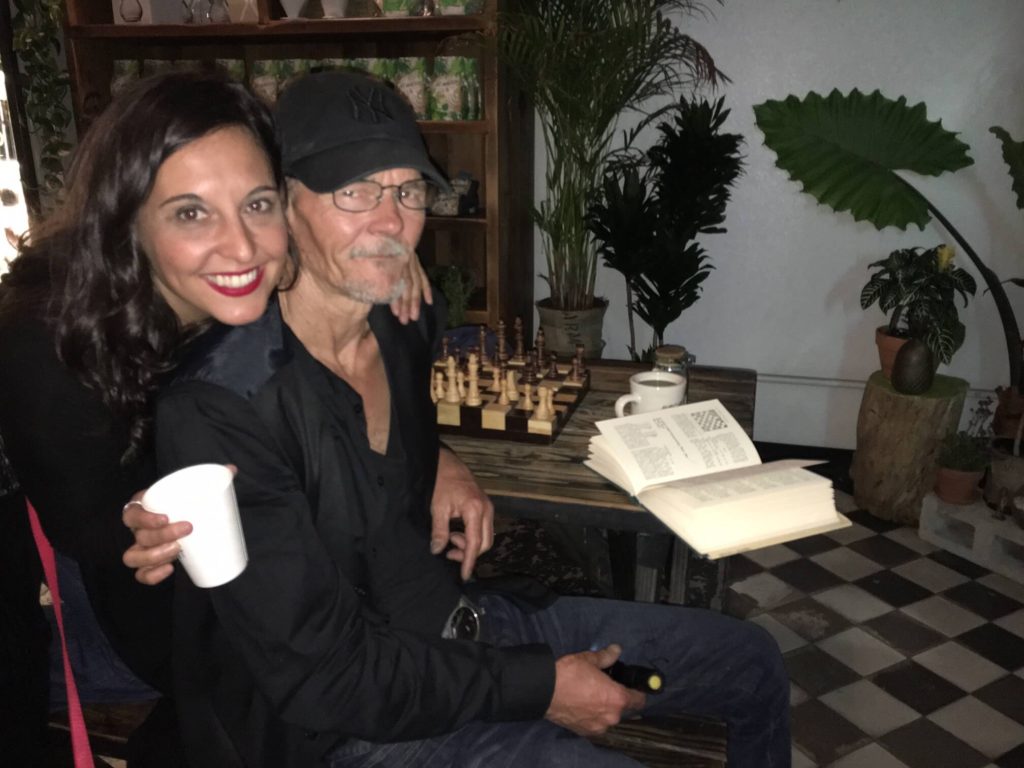 I think that the greatest gift one can give is to love people in the way that you yourself may never have been loved; in a way that fills up all of the unreasonable doubt and questions you may have had. In this way, we get the opportunity to show someone what is referred to as “unconditional love.” But this really should just be the love that belongs to everyone; it’s the love that we all deserve.

The emptiness from my childhood has grown old. The adult me is so warm and filled with so much love and gratefulness. I am so fortunate to have a fantastic adoptive family as well as this new connection to my biological past. The man who now stands at the edge of recovery really doesn’t need to recover at all – it is really just a matter of remembering and choosing; for love is, in fact, the wings of freedom and he is exactly that.

I am now fulfilled in a new way because I know that in my life is one of the most incredible amazing men I have ever met: my biological father.

If there was one thing I’d want to tell my daughter, it would be, “I love you.”

Listen to Jenni Alpert’s song “Heaven,” which she wrote about foster homes and being adopted. You can download the song for free on Soundcloud.