When I was an awkward tween, trying to conform to society’s standards, there was no resource for me to read about gender. I had not been exposed to any books or magazines or articles that said that being female did not necessarily mean presenting yourself as traditionally feminine, or that however I wanted to express my gender was ok.

Gender expression can sometimes relate to sexuality, sure, but it also doesn’t have to. Not all tomboys are queer; not all queer women identify as tomboys. Gender expression is determined by what makes you comfortable and confident, not whom you’re attracted to. Girling Up addresses gender stereotypes and how they stem from generalizations,

For instance, I love men’s clothing. I love wearing high socks with baggy shorts and t-shirts with the sleeves rolled. I don’t like my t-shirts to be tight, and I hate how clothing made for females is usually low-cut and revealing. Fortunately, I live in New York City, so it’s usually not a big deal when I shop in the men’s department. But every now and then, I am told I cannot try on men’s clothing. In one incident, a men’s department store employee told me I couldn’t try on a men’s sweater unless I went to the children’s department. I was speechless and embarrassed and never shopped there again.

But let’s focus on Girling Up’s illustrations for a second. When you were younger, how many times did you read a book where females were illustrated as thin and feminine? When reading a book to your daughter (or son), how many of the illustrations portray females as, again, thin and feminine? Girling Up doesn’t do that. In the gender section, page 28 for those of you with the book already, there is a drawing with three girls: one with a skirt and sweater, one with jeans and a beanie, and another in plaid and a baseball hat. That last type was me; for the first time ever, I saw myself in an illustration depicting females. You cannot possibly represent every type of female in a small illustration, but most girls will definitely see themselves in at least one of the drawings.

Many books geared towards tweens do not dare bring up being transgender and do not mention anything about gender dysphoria. Girling Up does. When we are born, we have no prejudices, right? Essentially, we are clean slates, just waiting for the world to shape and influence us. As time goes on, we learn ignorance and develop prejudices, whether that be through parents, school, friends, etc. And it’s so important that we dispel that ignorance, even if it’s just one small paragraph in a book that you read as a tween. Our world has made strides by presenting the stories of the trans community through TV shows such as Transparent and Sense8, and with vocal advocates like Caitlyn Jenner and Laverne Cox, but we still have a long way to go. That starts with today’s children and tweens and with resources that create space for people at any point on the gender identity spectrum.

I’m a girl who doesn’t wear makeup and loves men’s clothing; I’m a girl who makes crude jokes and hates dresses; I’m a girl who isn’t very romantic. But I’m still a girl. My hope with Girling Up, and I’m sure Mayim’s hope as well, is that girls will realize that the gender you are assigned at birth doesn’t define who you are. You do. 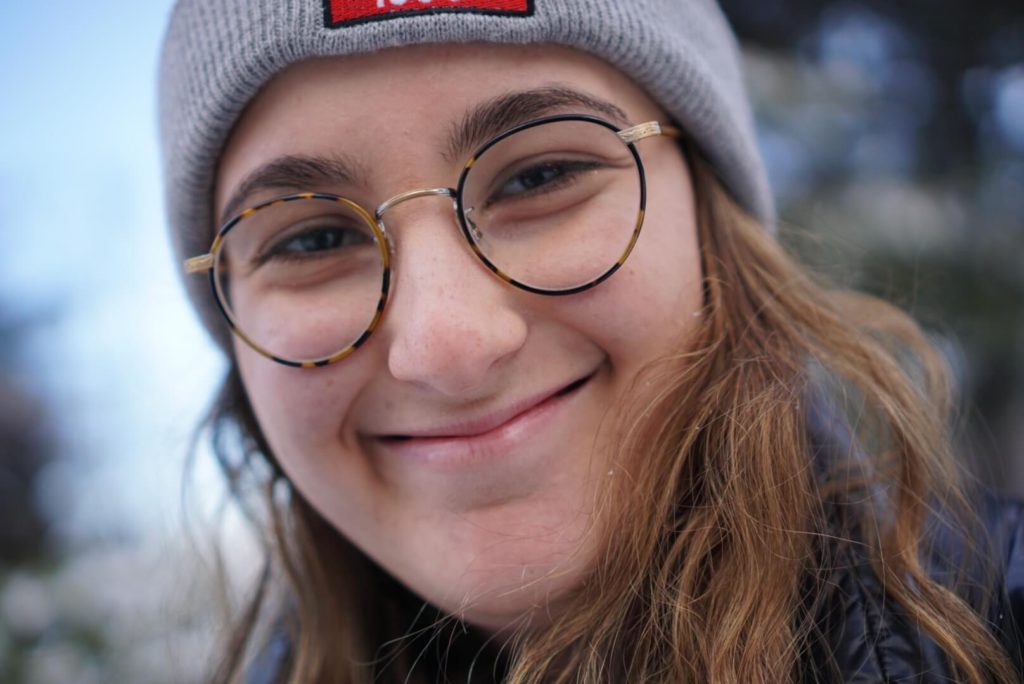 Erica Snyder is a Dramatic Writing student at NYU Tisch School of the Arts. She is working on a novel and too many screenplays to count! When not in class, you can catch her taking photos around New York City. You can follow her on Instagram: @ericas112 or @esnyderphoto.