If you are lucky, you’ve got female friends from every phase of your life that you can turn to for fun and commiseration. I have close relationships with my best friend from high school, my best friends from college, my work friends, my mom friends, my yoga friends, my church friends, my poker friends, and so on. We talk about everything from family and work to the news and what color I should paint my living room. My husband also has many friends. Sometimes, when he meets up with them, I will ask: “So, how is Fred doing?”

“Is he seeing anyone?’

“How is his family?”

Silence. “Well, what did you talk about?”

He shrugs. Alright then. Apparently, there’s a scientific explanation for why men and women approach friendship differently. In her new book Girl Talk: What Science Can Tell Us About Female Friendship, journalist Jaqueline Mroz interviews experts to explain not only that, but to explore the science behind the way women relate to one another. She illuminates everything from why our friends are so important to us, to how and why friendships go through rough patches and how friendship changes as we age. Here Mroz answers some questions about the book. 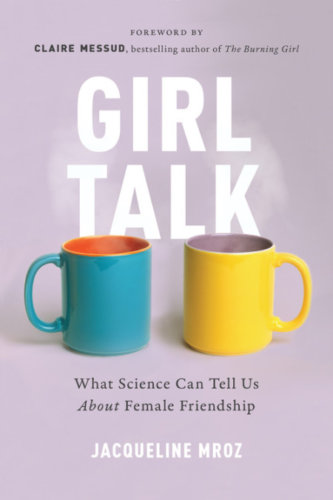 GROK NATION: What made you want to write a book about the science of female friendships?
JACQUELINE MROZ: I have lots of great friends, but sometimes some of my friends would act in strange or mysterious ways, and there would be some tension between us. They might try to undermine me or act catty toward me. I couldn’t figure out what had happened, so I thought I could try to use science to understand how female friendship worked.

How did you come up with the title?I just love the idea of women talking and bonding.

You explore the differences between men’s and women’s friendships. What is the scientific explanation for why men don’t seem to have the kind of deep friendships that women have?
In many traditional societies throughout history, once a female found a mate or husband, she typically left her family group and went to live with him and his family. This relocation often wasn’t easy for the women—they had to live with strangers and try to get along. So they learned that expressing a sense of vulnerability and submissiveness with their non-kin was optimal for survival, and this history has informed the way women behave today with other women. The men in these societies were living with their family members, so they already had a high degree of trust with them because they shared their genes.

Men also formed larger, less intimate, social networks because they traditionally engaged in male-to-male competition, usually some form of battle. The bigger the social group that men had, the more effective their group was in winning a war against enemies. Since men stayed with their kin group, they tended to be more confident, because they weren’t always trying to win people over and didn’t have anything to prove. Basically, they didn’t need these deep friendships because they already had their family members around them. 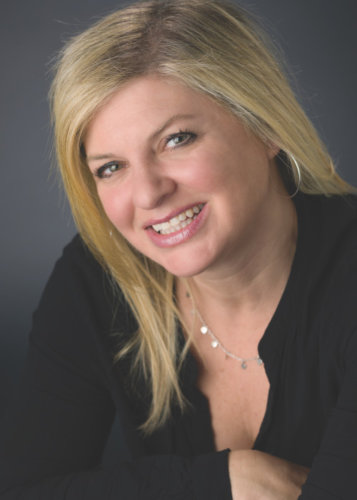 How can women use science to understand their friendships better, and improve them? Any tips?
One of the biggest insights that I discovered from researching Girl Talk is that the complex and even perplexing nature of women’s behavior can be traced back to human evolution.  For instance, the unique ways that women communicate today are a result of the smaller friend networks they evolved to have. Women talk to each other about their intimate lives and cry in front of their friends (something men rarely do). The function of these behaviors is to strengthen their relationships by disclosing vulnerable information, which builds trust. As a result, women’s friendships tend to be more intense than men’s—but also more fragile. Since it’s so important for women to rely on each other, they don’t tolerate breaches of trust well and little things that may seem trivial, such as not turning up when you’re invited somewhere, can tip things over the edge.

And that’s when friendship breakups can happen.

One tip is to talk to your friends when things are bothering you, even though it may be uncomfortable. It’s better to try and work things through, rather than letting the friendship go. You might just end up with a better, more satisfying relationship with that person.

Has writing the book changed the way you view your own friendships?
Now that I’ve learned the scientific explanations for women’s behavior, I take it less personally when female friends act strangely with me because I know that their actions are rooted in the evolution of human behavior. And that, while painful, these occasional breakups are the evolutionary flipside of the warmth, satisfaction and sustenance that my friendship with my girlfriends brings me.

What was the most surprising information you uncovered in the process of researching the book?
Most surprising to me was that aggression in women is a fundamental part of being human.

Scientists believe that aggressive behavior may have evolved because it increased the chances for an individual to survive or reproduce. But while we’re often unsurprised by aggressive behavior in men, women are not “supposed to” be aggressive—and when they are, they’re called “mean girls”— or worse. Because women are socialized to be “sweet and nice,” much of the female aggression we see is actually indirect aggression, or “bitchy” behavior, while men continue to just act, well, aggressively. So now, when I see women trying to take over the school PTA or being pushy at work, I see them in a whole different light.

Purchase Girl Talk: What Science Can Tell Us About Female Friendship on Amazon.