Like other latchkey kids of the late 20th century, television has always been my biggest teacher: I’m a liberal because of The West Wing; I’m a hopeless romantic because of Dawson’s Creek. And as a new mother, I turn to my tried and true teacher for parenting guidance. Surprisingly, I have found that the “bad” TV moms  contributed the most nuggets of mothering wisdom.

The mother of mob boss Tony Soprano was not only abusive and hateful in her everyday interactions, but on multiple occasions she tried to have her own son killed. As loathsome as she was, she did teach me one very important lesson: even terrible mothers can be sweet grandmothers. Every once in a while, the writers would put in a scene between Livia and her grandchildren – Meadow and AJ  – and you’d get a glance at her human side.  This gives me great hope that even if I end up becoming the world’s worst mother, I could redeem myself in the generation thereafter.

On Arrested Development, Lucille Bluth is known for flat-out hostile criticism of her children. Now that I’m a mother myself I find an odd comfort in watching her diss her kids. I feel like society expects me to think that everything about my kid is brilliant and amazing.  But just because I had a child doesn’t mean I’m no longer a judgmental person. Of course, I will accept my child for who he is (pretty perfect) and who he becomes. But Lucille has made me realize that sometimes being a critic is a form of love. So when he wears denim-on-denim or decides to grow a soul-patch, I will speak out, but that’s only because I love him.

In season four of The Americans, when Elizabeth Jennings opened up to her daughter Paige about who she and her husband really are – Soviet spies – I was deeply upset. How could Elizabeth tell her daughter, a typical American teenager, that her whole life is premised on lies? Paige was understandably distraught, and so was I. But as the drama of the Jennings household unfolds, I have realized an important parenting lesson: don’t coddle your children, because they are stronger than you think. While yes, Paige is in pain, Elizabeth really does believe that Paige is mature enough to know the truth and move forward. You can’t shelter your kids from the harsh realities of the world. Luckily, I won’t have to break the news to my son that I’m a spy for Soviet Russia. I will however one day have to break the news to him that there will probably still be Nazis and other promoters of hate, anti-semitism, misogyny and racism  in the world: this is likely to be our sad reality, and there will be no sheltering him from it. Although I hope, by then, he’ll be able to handle it.

Selina Meyer is a strong, foul-mouthed politician who takes self-absorption to the next level, blatantly disregarding and dismissing her daughter Catherine. Although I understand that this is not a good parenting technique, as I watched season six of VEEP, nursing my newborn, I developed a respect for Selina’s selfishness. When my child was born, I thought – as TV moms of the past like June Cleaver and Carol Brady had taught – that I would be magically transformed into a selfless martyr: my needs wouldn’t matter and all my actions would center on my child. But this never happened for me; I still care more about my career than my child’s sleep schedule.  While I feel guilty about this sometimes, Selina has no regrets about putting herself first. As an incredibly successful female operating in a man’s world, she has learned to play by their rules: thinking about herself and her work first, and her child almost never. Selina’s selfishness is rewarded, not questioned. Watching the show, I’ve learned that it is okay to be self-absorbed – that you have to put yourself ahead of your kid, sometimes. (But not quite as often as Selina does.)

Cersei Lannister is one of the most despicable characters ever written for television. She was cruel, selfish, shameless and neglectful. Even when she suffered major personal losses, I thought,  “It’s sad that this person is dead, but Cersei deserves any  misfortune that befalls her.” And then I had a child of my own. When Cersei captured her daughter’s murderer, and devised an insanely horrific way to torture her, my initial thought was “Right on!” quickly followed by, ”Oh my goodness, am I like Cersei?!” Cersei teaches  that motherhood has an evil, twisted side – a side that can transform us into the worst and scariest versions of ourselves in the name of love. Cersei reminds me to keep my “Mama Bear” instincts in check as I protect my son in this world.

I’m not saying that these women should write parenting books, but these and other “bad mom” characters teach us that there’s no one way to be a mother. I love my son, but I’m still going to be a bit critical, tough, self-absorbed and enraged at times. That’s part of parenthood too. 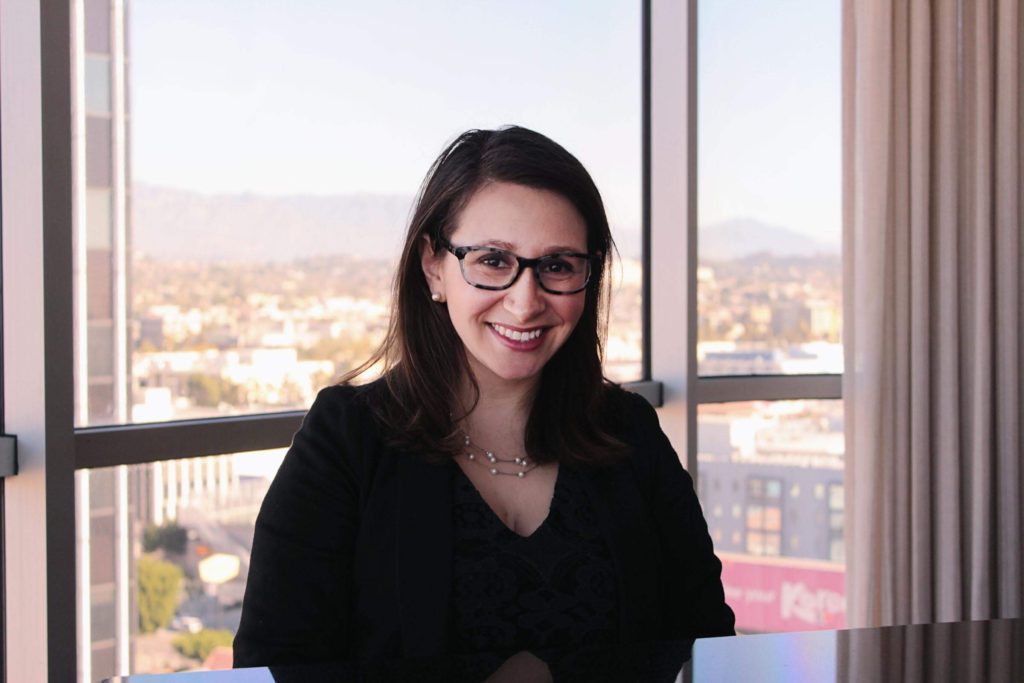 Julia Moss is a native Los Angeleno and board game enthusiast. A longtime nonprofit professional, Julia has worked for the Jewish Journal, the Jewish Federation of Greater Los Angeles, and the Religious Action Center of Reform Judaism. In addition to an affinity for Pac-Man and Tom Hanks films, Julia has her Masters of Science in Social Entrepreneurship from USC’s Marshall School of Business. Julia, her husband and infant son love traveling, exploring Southern California, and making crepes.