As hard as it tries, science simply cannot replicate the amazing properties of breastmilk. Packed full of antibodies that are invaluable to a newborn baby and their immature immune systems, breastmilk promotes a healthy growth of gut flora (microorganisms that live in the digestive tract), and lessens the risk of allergies and digestive issues, among other benefits too numerous to mention. So when a mother cannot provide breastmilk for her child, the breastmilk of another healthy woman is the next best thing.

My journey as a breastmilk donor began by circumstance. My three-year-old weaned a few weeks after my second son Billy arrived in January, but my breasts didn’t receive the memo. I was engorged and uncomfortable and still making milk for two; so I began using a breast pump to siphon off some of the milk. Billy doesn’t use bottles but I froze the milk because it’s liquid gold and I wasn’t going to toss it out!

My midwife suggested that I donate it, an option I hadn’t considered before. I learned that milk-sharing has been around as long as humans have; ensuring an infant’s survival when the biological mother couldn’t provide milk. Like many aspects of breastfeeding, milk sharing became less common when the advertising of baby formula was stepped up in the fifties. Often women are still producing milk after a baby weans, and also may have milk taking up room in the freezer. For women who have suffered stillbirth, donating milk can be cathartic and help with grief.

To prevent infections from passing from the donor to the recipient, donors should take blood tests to rule out things like HIV, Syphilis and CMV. Donors are permitted to consume caffeine and alcohol in small quantities, but some families may prefer donors to abstain completely. And while there are no medical tests that assess non-infectious contaminants of breastmilk like nicotine, medication or alcohol, instead recipients should question the lifestyle of the donor. This can be a leap of faith for some recipients, as it requires trust that the donor is telling the truth. For others, the assessment is as simple as “if it’s good enough for their own baby, it’s good enough for mine.”

My midwife emptied my freezer and filled hers, ready to help new mums who were struggling to establish their own milk supply. I actually don’t know how many babies were fed from donations through my midwife, at least five, maybe more. It made me feel like Superwoman and I wanted to do more.

I responded to an ad on my local “Human Milk 4 Human Babies” Facebook page seeking a regular breastmilk donor. Grace had spent her first forty-seven days earthside in NICU, she was born early and very tiny. During her hospital stay she was fed pasteurized breastmilk but her mother wasn’t able to establish a breastmilk supply, and on bringing her baby home had two choices – feed her formula or find a breastmilk donor. They found me.

To start the process was very clinical. There were so many questions about my lifestyle, my diet, my health. I disclosed my partiality for Diet Coke and chocolate, reiterated my sobriety and agreed to a full blood screen. I demonstrated I was a healthy, hygienic woman with breastmilk to spare.

It wasn’t until I met Grace’s mum in person that I realized the magnitude of emotion on both sides of breastmilk donation. “Our lactation consultant has recommended we introduce formula, because realistically how long can we keep this up?” she asked, gesturing to the baggies of milk we were loading into coolers. Her tone hit me like a train.  Dejection. I saw tears of a mother wanting the best for her child and feeling unable to provide it. “We’ll keep it up for as long as we can.” I said, quite matter-of-factly. “I’m all in, for as long as you want me to be.”

Seven months later, I’m still feeding two babies with breastmilk, albeit in very different ways. Donating an overflow of frozen milk was one thing, but pumping to feed a baby while continuing to breastfeed my own baby meant a few changes had to be made.

At six months old Billy is fed solely at the breast; to feed Grace I need to pump at least six times daily and once during the night. Pumping isn’t an exact science and my output isn’t consistent. Grace eats around 650mls a day. On a great day I can pump 800ml, but some days I barely clear 400ml. On days like the latter I sit up late at night, willing my breasts to produce just once more. 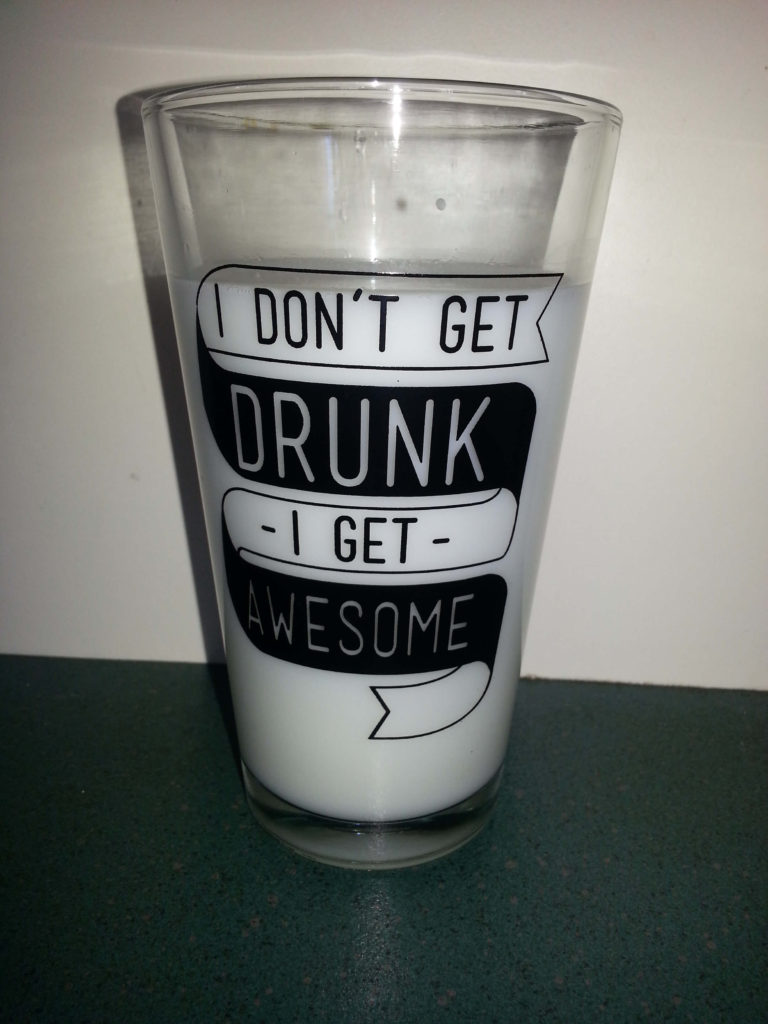 A day’s worth of breastmilk

I have two kids and I work full-time, I have become the master of the multitask. If I’m going out for more than a couple of hours I need to take my pump because breastmilk production is supply and demand: I need to pump often to maintain my supply. If I don’t pump, I make less milk – it’s that simple. I’m a vegetarian and Grace has an iron deficiency so every day I down a shot of liquid iron supplement that tastes like blood. I drink breastfeeding tea that makes me gag and I eat oats to increase supply. I hate oats.

Hygiene is super-important especially when feeding an immunocompromised baby. My evening routine consists of washing and sterilizing pump parts, of decanting, labelling and freezing milk meticulously.

I worry that my supply will drop and I’ll let Grace and her family down. I fear needing to take medication and being unable to feed Billy or Grace. My worst nightmare is being in a situation where I have to choose between giving my frozen stash to my child, or to someone else’s. 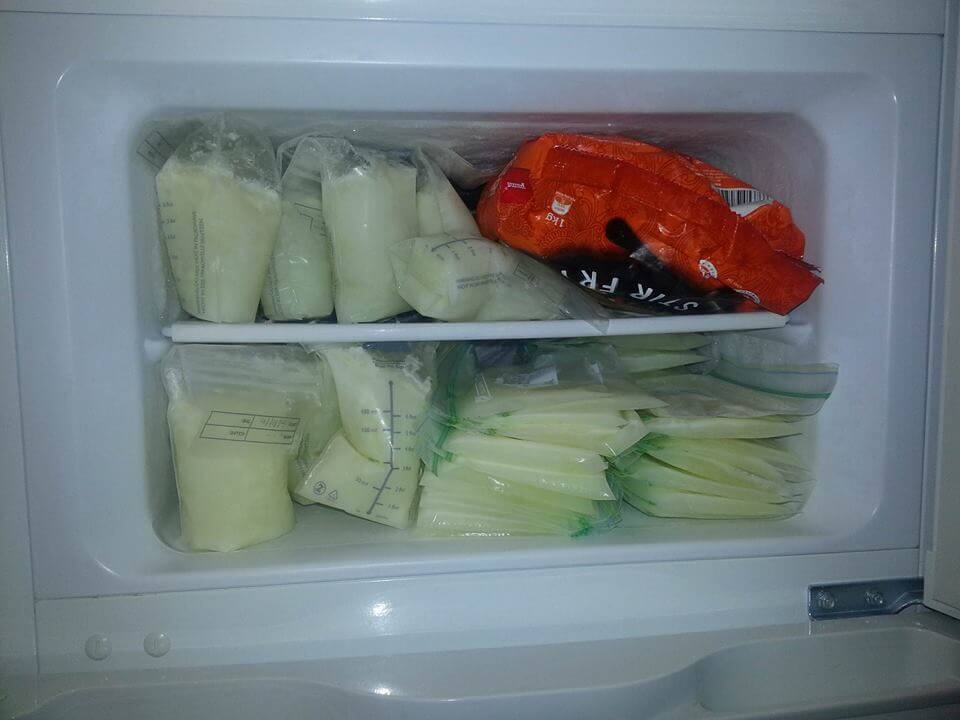 When you donate a part of yourself, you are giving more than the physical. Your very being flows through your blood, marrow and milk. You become a part of your recipient.  Antibodies in my milk have helped strengthen the immune system of fragile, precious babies I’ve never met. Many years from now when Grace is a woman, maybe she’ll pass antibodies from me to a child of her own.  It’s breath-taking to ponder.

I understand now that I’ve waited my whole life to do something truly good. Not flinging a couple of dollars in to the charity tin. Or buying fair trade chocolate. Something more. Still, some nights, in the wee small hours, I wonder how long I can keep this going. It would be much easier to throw money at a charity and consider it a good deed done. But then I’d be missing out on all of the good stuff that comes with being a milk donor, the immediate gratification that comes from simple cause and effect.  My milk makes Grace grow.  Her cheeks get chubbier every week. That’s me. That’s my hard work. Watching her thrive gives me joy. It makes me proud. It makes me thankful I can pass on the gift of breastmilk. Even if pumpin’ aint easy.

Resources for additional reading (provided by the author):

How Breastmilk Engineers a Baby’s Gut (and Gut Microbes)

A History of Infant Feeding

The Most Precious Gift of All:  Breast Milk Sharing

Nat Gillespie is an English lass living in small town New Zealand with her two boys, husband and blind kitty.  She is editor of NZ’s largest beauty website Beauty Review and also lends a hand over at Best Beauty Box Ever, writing the blog. When she’s not working, mothering or nagging, she’s shopping for woven wraps, watching Game of Thrones or trying to convince her husband to adopt ex-cage hens. And a bobby calf. And the mangy 3 legged, 1 eared alpaca down the road.