I was standing in my dining room, breathing heavy, feeling like my heart is going to pump itself right out of my chest. I had just punched a lampshade – part of it had fallen on the floor  – and the momentary act of aggression made me slightly calmer. I turned around and looked at my husband, who had witnessed my outburst. He was frightened.

“You need anger management help,” he said quietly. He walked away and I was left alone with the broken lampshade.

This wasn’t my first explosion. I noticed I had an anger problem after college, when I would get so upset that I would shout and punch pillows, walls, or other pieces of furniture. At the time, I thought my only victims were my apartment’s furnishings, but I was actually hurting my relationship and myself, too.

I’ve had anxiety since I was a kid, but it wasn’t scary until it manifested itself in the form of anger. I didn’t want to scare Danny or get out of control like that again. I did some research online after the lampshade incident and talked about it with my therapist.

I learned that anxiety manifests itself when we believe we aren’t in control of a situation. This can result in an anxiety attack, which is usually coupled with anger or irritation, according to the websites I read and my therapist.

A lot my anger came out of my childhood. I was the youngest kid in my family, so I felt like I never had much control growing up in my house. My parents got divorced when I was five, and there was a lot of fighting going on. It constantly felt like my world was crashing down around me and I couldn’t do a thing about it.

For me, anger is a way to combat a feeling of weakness. Instead of crying or feeling pain when I get anxious, I try to be “strong.” But trying to be “strong” means that I get livid. And in all of these anger episodes, my anger was provoked by childhood feelings.

The first time I remember experiencing this type of anger was right after I got my puppy six years ago. Danny and I had left him with our neighbor and gone out all day. When we came home, the neighbor was asleep and not answering his phone or responding to our knocking on his door.

I got extremely worried, but Danny just said that our neighbor probably got drunk and fell asleep. He was calm about it, which got me upset. Why wasn’t he also agitated? Wasn’t he on my side? There was nothing I could do except try to go to sleep and wait until the morning. But I wanted my puppy. I wanted to know he was OK. How could the neighbor be so completely irresponsible? Was my dog safe if my neighbor passed out drunk? Why wasn’t he answering the door? All of these thoughts were going through my head at once.

And then I punched our wall. I didn’t do any damage to the wall, but I did hurt my hand. And Danny was taken aback. “Whoa,” he said. “Calm down.”

I felt ashamed. The next day, I got my puppy back. He was fine. My neighbor just laughed and said that he’d had too much to drink. It didn’t make me feel better knowing that.

Another time, Danny had asked me to pull into a drive-thru to get a drink. We were running behind; I wanted to get home within 20 minutes to watch “Saturday Night Live” and cook dinner. I put so much pressure on myself to be home, cook, and land on the couch in time for the show that when the cars ahead of us in the drive thru hadn’t moved for five minutes, I began yelling.

My objective was to show how frustrated I was, so that Danny would say he was sorry for asking me to go to the drive thru, and that he would make dinner, and we wouldn’t miss the beginning of “SNL,” and everything would be fine. Instead, I got intensely angry and couldn’t control the words coming out of my mouth. Danny was hurt by my yelling and was distant for the next few days after that.

I apologized multiple times, promised to do better, and told him I would bring up the issue in therapy. I told him that if I were triggered, I would do my best not to yell or get so angry, but speak calmly.

Looking back, the drive-thru incident seemed like such a stupid and trivial thing to get mad about. But when you’re in it, you’re not completely rational.

I know what it’s like to be in Danny’s shoes, to be around anger. In addition to the angry feelings that surrounded me when I was growing up, I had bosses who got mad and yelled at me for no reason. I dated a guy who got so upset that his soccer team lost a game that he screamed at his mother and punched his wall. Unlike my punching, however, he actually made a hole.

When I went to research “taking out anger on my husband” on Google after the drive thru incident, all the results that came up were about husbands being angry with their wives. But women have anger as well, and taking it out on our loved ones is just as abusive and wrong. I haven’t – and perhaps could not – physically harm Danny, but my anger can be just as damaging.

Over the past few years, I’ve worked hard to get my rage under control. I get my extra energy out at the gym and avoid caffeinated coffee and sugary food, which trigger my anxiety. I talk about it in therapy and learn coping strategies like walking away and taking a breather in the middle of an argument. If I’m in the car with my husband and I’m feeling my heart racing and my face going red, I can tell him I need some quiet time to calm down. He respects that. My attacks occur a lot less frequently than they used to.

After these experiences and taking steps to avoid future episodes, I realize that it’s normal to get anxious or mad sometimes. It’s the larger explosions that I’m avoiding. And if I can continue to learn to get them under control, I know I’ll live a much happier and healthier life, and so will my husband. 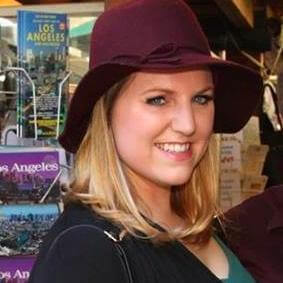 Kylie Ora Lobell is a freelance writer based in Los Angeles who has been published in The Jewish Journal, Tablet Magazine, xoJane, and Time Out NY/LA. She previously wrote for GrokNation about converting to Judaism, body image, and befriending women. To learn more about Kylie or read more of her writing, visit:  www.KylieOraLobell.net.