tra·jec·to·ry [trə-jĕkˈtə-rē] — the path a moving object follows through space as a function of time.

One throws a ball and can expect it to travel in a parabola before falling back to earth. Taking into account, of course, the resistance from the elements that can, and will, affect the journey of the said object. (If you are so inclined, Galileo, Kepler, and Newton go into greater detail.)

ac·cept·ance [ak-sep-tuhns] — the agreement to experience a situation, to follow a process or condition (often a negative or uncomfortable situation) without attempting to change it, protest, or exit.

My sixteenth birthday was nearly thirty years ago; yet, I still remember that day and how I felt. My dad picked me up from school and drove me to the Department of Motor Vehicles for my driving test. Though buoyed by high marks on the written test, I nervously waited for the exam proctor to meet me by parents’ 1980 Chevrolet Caprice Classic for my road test. The car was a behemoth of a vehicle. But I passed.

Later that evening, I drove myself to my birthday dinner, albeit with my parents following me in the other car. That was the first and last time that they followed me. The feeling of freedom and advancing adulthood was palpable. That one moment heralded a year filled with normal teenage milestones: a summer job, a car, a trip to Israel, and so on. It was as if getting that license was a demarcation between childhood and my emerging adulthood. I was allowed unprecedented freedoms alongside new responsibilities.

My son, Ben, turned sixteen last week, and, because birthdays are happy occasions, I’m happy for him. But it’s a marred happiness because I’m so sad and angry. Ben should have gotten his driver’s license. He should be getting to his first summer job under his own steam. He should be going to Israel for six weeks this summer with his camp friends. He should be looking ahead to the fall and thinking about a college tour and SATs and dating.

Ten years ago, just prior to Ben’s sixth birthday, we received his formal diagnosis: Asperger’s Disorder (a diagnosis that has since been subsumed under the Autistic Spectrum Disorder umbrella.) I was thrilled. Really. After five years of telling our then-pediatrician that I suspected some developmental delays, I was relieved to have an expert put a name to what I had been seeing. With a diagnosis, I felt, we would be able to fix him. Of course, I never would have phrased it that way – it’s not that I thought he was broken, exactly…just that we could make his life easier for him. It is only with hindsight that I have come to understand what was really going through my mind.

At the time, I was aware that my husband, Warren, and I were at different levels of acceptance. But my perception was warped. I believed Warren to be floundering in denial while I, on the other hand, was elated to be in the Land of Acceptance. That too, as it turns out, was a form of denial.

Warren was in complete denial. He actually thought that the developmental specialist, after several hours of evaluating Ben, would say that Ben was just having an “off” day, but that Ben was otherwise neuro-typical. Warren felt this way for a really long time and made it harder for him to accept Ben’s limitations.

I, on the other hand, read everything I could find on the topic, attended classes for newly-diagnosed families, networked, etc. I thought that I had it all figured out. What I didn’t realize was that as Ben got older, social, academic, and emotional expectations would get more challenging. Parenting a child on the spectrum requires constant recalibration of expectations. Looking back, I was unprepared for the ongoing modifications.

Unlike a rock or a ball or a satellite, the trajectory of acceptance follows a jagged path, unable to be anticipated by any scientific or mathematical equation. On any given day, I feel as though I’ve got this “autism mom” thing under control. Cognitively, I know that Ben experiences the world differently from the way most of us do and I can usually anticipate, and therefore plan, for the road bumps. Other times, I miss the mark by miles; in our Monday Morning quarterbacking, I can’t believe I hadn’t seen it, whatever “it” is, coming.

Ben’s developmental delays are inconsistent. On the one hand, he can effectively articulate his reasons why he supports one Presidential candidate over another or how social issues such as hunger and homelessness affect those with disabilities. Coexisting with this intellectual prowess and curiosity is Ben’s inability to read nonverbal language, understand context clues in books and movies, and perform many life skills, such as cutting his own food, without great difficulty, if at all. In some ways, it’s like having an intellectually advanced nine-year-old. Except that we already have a nine-year-old – Ben’s younger brother, Jacob, who is in many ways, more independent than his big brother, Ben.

An entire decade has passed since we received Ben’s label, a label without a clear definition and definitely without a cure. It is, however, something that can be managed with coping techniques and even celebrated as an integral part of him. As Ben often says, “it’s a disorder, not a disease.” When he was younger, he would pray to God to take away his autism. As Ben often says – most recently this week – he wouldn’t be Ben without the autism. And that if he didn’t have autism, he wouldn’t be able to attend his boarding school, which he declares on a regular basis to be a “miracle place.”  And it really has been miraculous for him. He shares often that it’s the first time that he has had friends, that teachers have played to his strengths and worked with him on his weaknesses: it is a place where he feels that he is heard.

For Ben, his birthday was as happy as birthdays can be for him: he got to choose where we went for dinner and got to order a virgin pina colada. However, the excitement is also lessened by the anxiety caused by birthday gifts. Will he get what he wants? Will it come on his birthday or after? What if he gets gift cards earlier in the day and want to get something that might come later in the day or later in the week? The anticipation is overwhelming for him and typically causes several meltdowns.

As for it being a milestone birthday, Ben has no real sense of what the 16th birthday traditionally represents.

It’s not fair that he doesn’t get to do the normative things. Yes, I know that life isn’t fair. Yes, I know that I shouldn’t compare my son to other kids. Or myself to other moms. But I’m still human. And the disappointment still stings. Deeply.

And so THIS is one side of autism. It’s the side I keep hidden away because if I think too much about the “shoulds” and the “what ifs,” I might never stop crying. Instead,  I’m out there, every day, raising the flag for inclusion, disability rights, and autism awareness and acceptance. My hours are filled with dealing with insurance companies, therapies, and other activities that enable my son realize his God-given gifts. While my protective armor is finely-crafted, there are these moments that seep through. The ones that push their way into my mind and soul in the quiet of night.

It is in the morning that I pack away the set of expectations of “normalcy” and rejoice in the “what is” rather than dwell on the “what should be.” 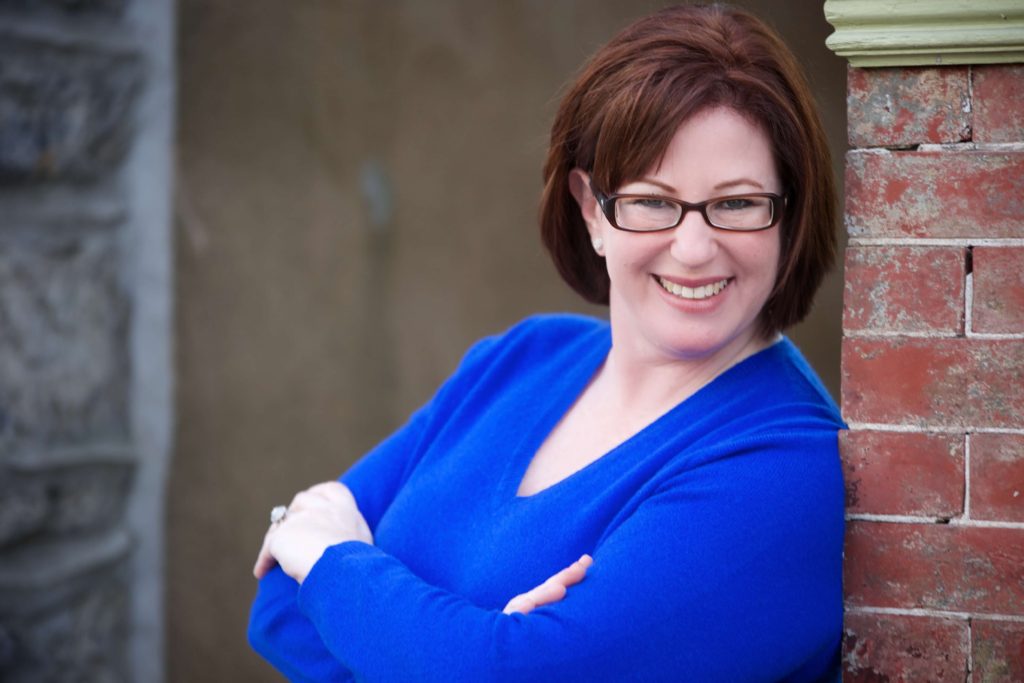 Rebecca Einstein Schorr is a rabbi, essayist, special needs advocate, and life-wrangler. This former career-driven mother of three became a reluctant stay-at-home-mom when her autistic son and his two adorable sidekicks needed more from her, and the transition from the pulpit to what her kids call a “house-mother” has been nothing short of life-altering. A contributing writer at Kveller.com, Rebecca’s writing appears regularly on various sites including The Christian Science Monitor, Mamalode, and Tablet Magazine; her most recent project is as editor of The Sacred Calling: Forty Years of Women in the Rabbinate (CCAR Press, Spring 2016) Writing at her blog, This Messy Life , Rebecca is always looking to find meaning in the sacred and not-yet-sacred intersections of daily life. Oh, and she spends an enormous amount of time on Facebook and Twitter.