The U.K.-based Cambridge Analytica may have used data improperly obtained from roughly 50 million Facebook users to try to sway elections. Facebook founder Mark Zuckerberg posted on his Facebook page Wednesday that Facebook has a “responsibility” to protect its users’ data. “If we can’t then we don’t deserve to serve you,” he wrote. The discovery has prompted some to delete their profiles, and a slew of articles have advised users on how to protect their privacy on Facebook by restricting apps access to their data. I’ll sum it up:

Some sad news for people who were looking forward to driverless cars: an Uber self-driving car hit and killed a pedestrian this week. I get that it might look cool and futuristic – and perhaps it would even be good for transportation? – to have fleets of driverless cars on the road. But we’re also in a world when technology is encroaching on all of our lives so much that pop culture – from Black Mirror to The X-Files – is imagining a future that might be here within a few years rather than a few decades…I’m not afraid of technology, but with data breaches and some technology literally being a physical danger, it’s time to reaffirm our commitment to making sure that tech advances are safe.

Politics: The President, the White House, and Beyond

H.R. McMaster is out as National Security Advisor; John Bolton in. People are concerned that this, combined with the ousting of Secretary of State Rex Tillerson just a week ago (but it feels like it’s been a year) represents a total shift in security policy for the Trump White House, which previously favored diplomatic talks with N. Korea; Bolton favors regime change – replacing current supreme leader Kim Jong Un – rather than engaging in a political game of “let’s be friends.” (Michael Bolton, no relation, is still wondering how we can be lovers if we can’t be friends.)

Former Playboy model Karen McDougal came forward to admit to a 10-month “relationship” with Trump from 2006-2007. In an interview, she told Anderson Cooper that he was very charming and sweet and respectful, that she saw a side of him that was very different from his public persona. She knew that Trump was married, but they mostly didn’t talk about it, or about his son. “Back in those days,” she said, breaking into tears, ”I was just enjoying life as much as I could. When I got with him there was a real relationship there, there was real feelings between the two of us.” If you can’t get enough of Trump affair stories, there’s a 60 Minutes interview with Stormy Daniels, another pre-presidential paramour, airing this weekend. Or you can use my strategy, which is a combination of “change the channel” and “putting hands over my ears and yelling LA LA LA LA” whenever someone starts talking about it.

Kellyanne Conway, who is rumored to be the next White House Communications Director to replace Hope Hicks, who left a mere two weeks ago, is also designated as the person who’s in charge of opioids awareness. She reportedly told attendees at a youth forum that they should say no to opioids and yes to junk food: “Eat the ice cream, have the French fry, don’t buy the street drug. Believe me, it all works out.”

Actress Cynthia Nixon has officially announced her candidacy for governor of the State of New York. She has been an activist for many years, and if any Sex and the City actor were to run, Miranda is probably the right choice. Is she qualified? I don’t really know. But that doesn’t really matter in elections anymore, so have at it, Cynthia…

Former Vice President Joe Biden said he would “beat the hell out of” President Donald Trump if they were in high school, over his crude comments about women. This is actually not new – it’s similar to something he said during the 2016 election. And because Trump brought that comment back recently, saying “Oh, just trust me, I would kick his ass. He’d be easy,” that’s why Uncle Joe said it again, and why we’re back here with the “which potential 2020 presidential candidate could beat up the other one”? I don’t know who wins, but I know who loses: America. 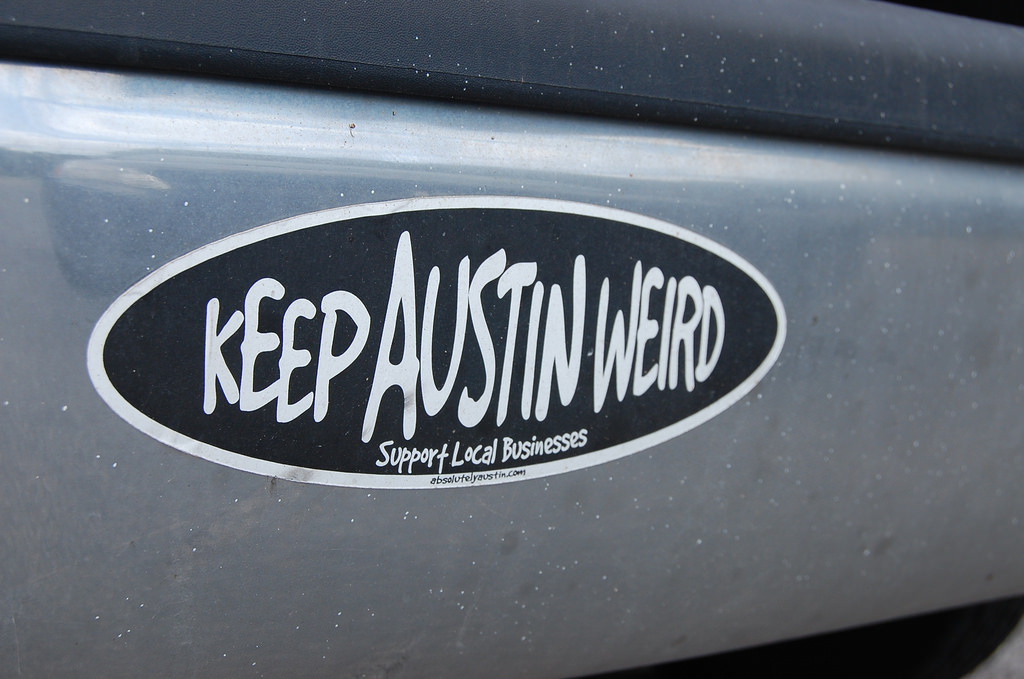 After a police pursuit, Mark Anthony Conditt, the 23-year-old Austin serial bomber, killed himself by detonating an explosive device; in his phone, which was found on him at the time of his death, he had recorded a 25-minute confession video, but not giving any reason for why he targeted certain people or locations. The authorities believe they have accounted for all the bombs that Conditt made; here’s hoping that they have and that Austin can return to its regularly scheduled program of living life safely, recovering from South by Southwest (SXSW) and keeping itself weird.

There was weather this week. On the east coast, snowstorms yielded snow closings, parental madness as they wrangled child care, and many cancelled flights. On the west coast, Angelenos struggled with Seasonal Affective Disorder as rain fell for many hours over several days, leading to bad driving and chickening out of evening plans due to rain. And D.C. council member Trayon White said in a Facebook video that the “snowing out of nowhere” was due to “this climate manipulation…That’s a model based off the Rothschilds, controlling the climate to create natural disasters they can pay for to own the cities, man. Be careful.” The Rothschilds were a prominent and wealthy Jewish family that has been invoked for almost 200 years in anti-Semitic conspiracy theories, which claim that Jewish people are manipulating global events. I can’t speak for all Jews, but we cannot control the weather: we can tell you when it’s about to rain. Or rather:

Lollapalooza announced its 2018 lineup (for Chicago in August), and while some women performers are listed on the announcement, they don’t appear in the first three lines of musical acts.

We’re bringing The Weeknd, Bruno Mars, Jack White, Arctic Monkeys + more to Grant Park for #Lolla 2018! Grab your 4-Day Tickets and get ready for the party of the summer. https://t.co/JJzAOWVVnO 🍕😎👩🏽‍🎤🦄🐻🐸🍍🍻🎈🎉 pic.twitter.com/sNIpQBEgfA

What did we miss? What’s on your mind? How can we inform or entertain you next week?? Let us know.