I write a lot here about all of the disturbing and upsetting things going on in the world, but a few weeks ago, I met someone from Burma who inspired hope. I thought to myself, “Hmmm! This is a good opportunity to share with our GrokNation community a story that isn’t depressing, that there are people in the world who are working to create opportunities and hope!”

In case you don’t know much about it: Burma is a country in southeast Asia. It is also called Myanmar and it is bordered by Bangladesh, India, China, Laos and Thailand. Can you picture that? I know, that’s a lot of countries. Here’s a map. 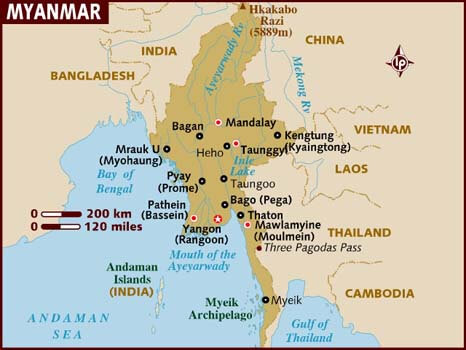 Burma has been the source of tremendous political strife for a long time. The British conquered it in the 19th century and then in 1948, Burma fought for its independence. It was initially established as a democracy, but a coup d’état (fancy words, huh?) in 1962 put Burma under the control of a military dictatorship. That’s not good for anyone really except the few in charge.

This military dictatorship technically ended in 2011, but most of the leaders of the country are former military officers and that makes for slow change and a very bad situation for most of the country. Burma’s numerous ethnic groups have been in one of the world’s longest-running ongoing civil wars, with human rights violations that have been noted by the United Nations (among many other organizations), and for so many, the quality of life is incredibly poor.

The people and the new Burmese military have tried to take back control of the government, which included releasing vast numbers of political prisoners such as Aung San Suu Kyi, who was just this past November elected as part of the National League for Democracy (NLD). And two days after we originally published this post, news broke that on Monday, “a throng of teachers, doctors, farmers, writers and poets – including more than 100 former political prisoners among their ranks – will take their seats in the country’s first freely elected parliament for 55 years.” (Check out the whole piece here.)

So, why do I know about Burma?

I recently had the great honor to meet with a young Burmese man named Khun Khit San, who – as he tells it – knew from a very young age that he would not and could not stand by and see so many people oppressed in his country. He knew he had to do something about it and – after asking for his parents’ permission – he left home to go to “the big city” of Rangoon to learn English and to become a leader and hero of his people. Since I met him and learned about his work, he has also become a hero of mine.

Khit San has dedicated his life to organizing the next generation of leaders in Burma by improving human rights policy, organizing people to believe in their right to being treated fairly, and traveling around the world sharing his message.

I met Khit San at an American Jewish World Service (AJWS) event a few months ago. AJWS is a community of Jewish global citizens who believe in doing their part to end poverty and promote human rights all over the world. I went to El Salvador with an AJWS group in college and it was a fantastic experience. This AJWS event was an artists-making-change kind of event where we screened trailers of three documentary films whose themes resonate with AJWS’s work and asked the question, “what if filmmakers could change the world, one independent film at a time?” After facilitating a discussion and Q&A with the filmmakers, I introduced Khit San and led another Q&A with him.

One film was about an elite professor going to Rwanda and teaching Shakespeare – specifically Romeo and Juliet – to the next generation of Tutsi and Hutu teenagers who had grown up in a civil war far more severe than, but in principle similar to, that of the Montagues and the Capulets. Another film was about the fight for legal rights for transgender individuals in the Philippines.

The film about Burma was called “This Kind of Love.” It was made by a filmmaker named Jeanne Hallacy who lived in exile in Burma as an activist and filmmaker for over a decade. She filmed everything, including the story she learned about Aung Myo Min, a brave and fascinating activist who was in exile for 24 years. The film captures his return from living in exile in the jungle (where he and the filmmaker actually met) to his re-entry into Burmese society as a political force and voice for change. AJWS funded Aung Myo Min’s activist efforts for six years while he was still in exile, and will be funding his current organization in Burma again this year.

Although “This Kind of Love” does not yet have distribution, it will be screened at a few film festivals this month, including at the LGBT Film Festival in Yangon, Burma, where there is a small but active LGBT rights movement. Meeting Khit San and being a part of an event like this was such a thrill. For me, as an artist who believes in the art community’s responsibility to not just entertain but to educate, transform and change the brokenness in the world, it was an unbelievably inspiring night.

What Can You Do?

There are organizations doing good in the world. There are people changing lives by putting their own on the line. And there are artists who are using their creativity and their intelligence to create ways for the world to learn about important things all over the world.

As a sitcom actress who believes in talking to people through this website about things bigger than I ever dreamed I could discuss on a website, AJWS inspires me to do my part to repair the world. And the event I was a part of inspired me to combine my artistic passion with my political and human rights beliefs.

Meeting Khit San inspired me to believe yet again that one person can indeed make a difference. It takes a lot of courage, a lot of commitment and a tremendous amount of sacrifice. I am grateful that organizations like AJWS are able to support Khit San’s work and create a platform for all of the filmmakers I met. And as for all of the filmmakers and world-changers in the making who might be reading this post and wondering, “What can I do to make a difference?” I hope I’ve given you some ideas. 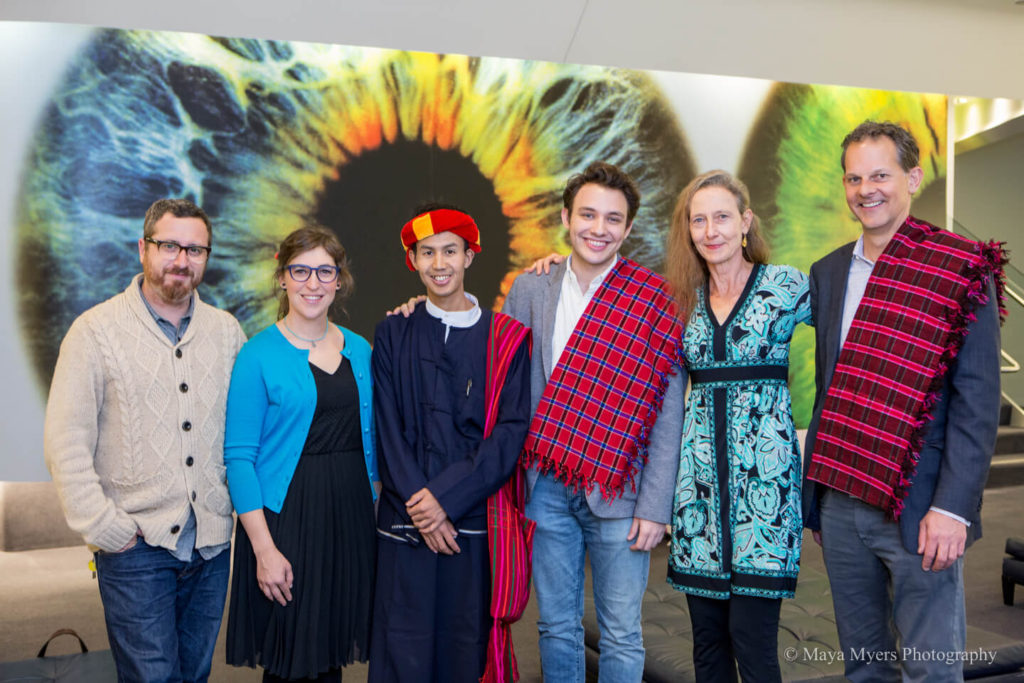 Mayim with Khit San and the filmmakers and panelists at the event. From left to right: Yosi Sergant, Mayim, Khun Khit San, Ben Proudfoot, Jeanne Hallacy and Johnny Symons.
SHARE:

Read More From Mayim
Explore These Topics: Activism Films
More Like This: