I marched with my sons and about 250,000 people here in Los Angeles yesterday. Here are some of my personal highlights.

For the march, I wore my father’s tie-dye shirt from the 60s, my mom’s peace buttons and the only pink I own: pink sloth socks, a pink tank top under my shirt, and my new Pussyhat made for me by my RiseUpLA buddy. I also wore a necklace of fetishes I got from a Navajo woman in Arizona many years ago. I feel strong when I wear it and I wanted to feel strong yesterday as we embarked on the start of something very enduring and powerful.

We prayed with our feet yesterday, as Rabbi Abraham Joshua Heschel said he did when he marched with the Reverend Dr. Martin Luther King, Jr. in Selma. It felt good to be there with my boys and with so many men and women who gave up their Saturday to come and be a part of this. The most significant part of the day was the visceral notion that we were a part of something very very big and that we mattered. Our bodies mattered; everyone’s presence mattered.

Since Trump started campaigning, I had been talking with my boys pretty openly about the things he was saying about women (leaving out the word “pussy,” which they do not know is a euphemism for a vagina), the things the KKK said, and the things certain white supremacist groups have been saying in support of Trump. They saw our participation in the march as a culmination of our commitment to not stand by while hate and racism and bigotry are being paraded by some in support of this president. Were my boys impatient? Sure. Annoyed at how long we had to wait for the march to start? Of course. Were they also aware that we were part of something big and that it was special? Absolutely.

At night, I took my boys to see “Hidden Figures” and they were stunned at the images of blacks drinking from separate water fountains, using separate entrances to buildings, and being denied jobs, dignity, and even access to books in the library their taxes pay for.

The indignity of the state of America in the 1960s was so clear to my sons, and I reminded them that it was the brave warriors of the civil rights movement and their allies (including my parents and their friends) who fought for the rights of black people to be treated justly.

I reminded them that that battle is not over, and that the fight for civil rights extends to all people of color, socioeconomic status, religion, ethnicity, and sexual orientation. The fight for justice is not over and my ex and I told our boys they will tell their children and grandchildren about this day and it will stay with them forever.

Yesterday was one day. Today is another. There are many to come and many to overcome. And overcome we shall.

[It has come to our attention that this “count me” effort was not commissioned by the organizers and may, in fact, be some sort of data collection scam. If you’ve already texted to the number to “register” your participation, people are advising that you text STOP to that number and also report the number to your phone carrier to block it from charging you.  The brief statement from the original organizers is below, and we’ll post any other corrections here as information is confirmed. Apologies for any inconvenience…

“Thanks everyone for coming. We’ve seen that some third party groups are collecting information for a headcount. The Women’s March is not behind these efforts.”) 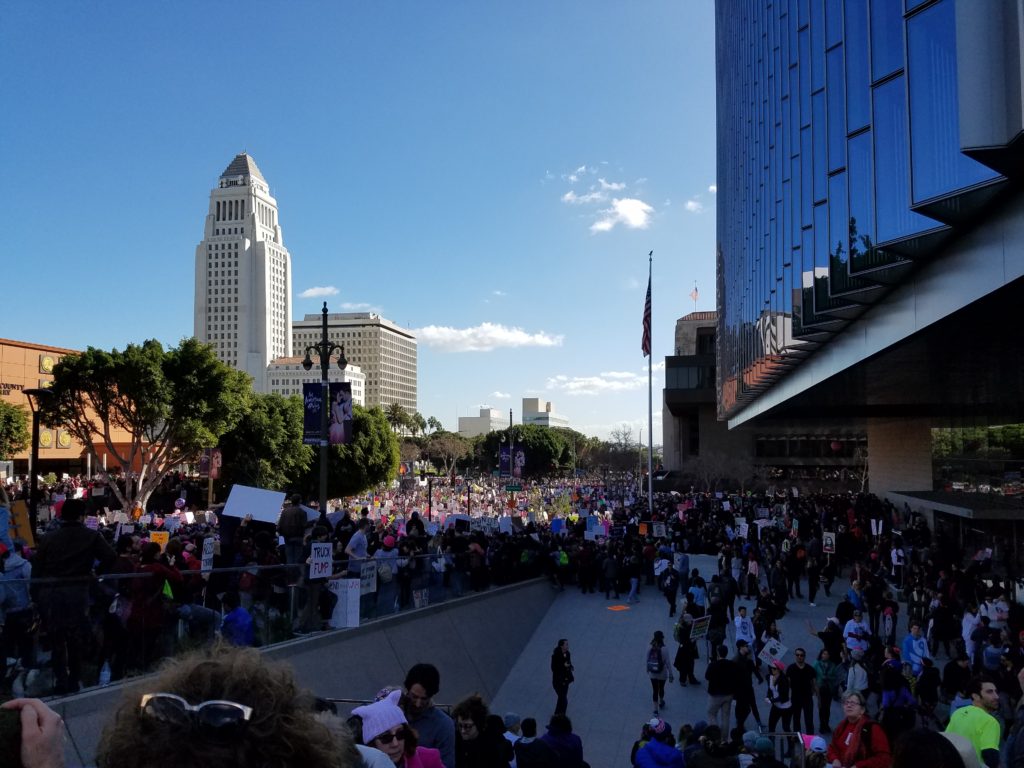