Dame Jocelyn Bell Burnell made one of the most significant discoveries in astrophysics back in 1967, when she was a 24-year-old graduate research student at Cambridge University. Bell Burnell was pursuing a thesis on those mysterious celestial bodies called quasars and their role in the cosmos when she came across something that would lead to a groundbreaking discovery.

Fifty years later Bell Burnell is finally being honored for her work with pulsars with the most lucrative science award in the world – the Special Breakthrough Prize in Fundamental Physics, which is worth $3 million (past recipients include Stephen Hawking, the discoverers of the Higgs boson and gravitational waves).

Bell Burnell has already announced that the money will go to the Institute of Physics to help fund PhD studentships for people who are underrepresented in physics, something she knows about all too well. 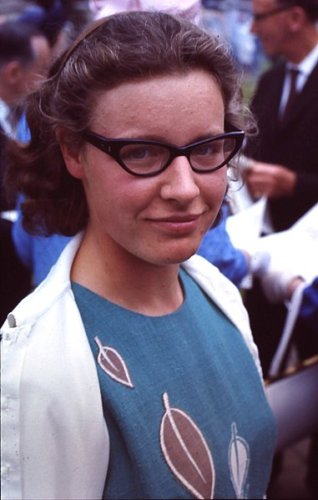 With the help of her supervisor, Dr. Antony Hewish, Bell Burnell built a radio telescope in the mid 1960’s to track quasars in the sky (quasars can only exist in distant galaxies with supermassive black holes). The telescope traced radio waves and spit out the results daily on 96-foot-long scrolls of paper with a long red line down the middle. Bell Burnell studied those monotonous lines over and over again, trying to sniff out any differentiations. Until that fateful day when she detected an “unclassifiable squiggle.”

Bell Burnell told Hewish about her findings. He was pretty sure the squiggle was just a result of interference – radio telescopes at that time were known to pick up transmissions from cars, arc welders and pirate radio stations. But she was certain this was not a manmade signal. Bell Burnell continued to collect data for a month, scouring her observations diligently. This time, when she went back with her results to Hewish, he thought the squiggles signified extraterrestrials. In fact, the first name for Bell Burnell’s discovery was LGM-1, which stood for “Little Green Men.”

Bell Burnell kept gathering and analyzing those reams of paper each day – searching for the origins and patterns of this peculiar blip. The breakthrough came when she detected multiple squiggles at the same frequency. They were pulsing repeatedly at different locations in the galaxy, which ruled out alien causation. This time, Hewish had to agree that these inexplicable pulses of light were something entirely new and unclassifiable. In January of 1968, Hewish and Bell Burnell wrote a paper for Nature announcing their discovery of “a rapidly pulsating radio source” that became known as the pulsar.

When the scientific community learned that a woman was partly responsible, the press descended on Bell Burnell. They were more fascinated by her gender than her genius, though – probing into her love life and questioning her about her height. In one photo shoot, Bell Burnell remembers being told, “Look happy dear, you’ve just made a discovery!”

Then, in 1974, Dr. Antony Hewish’s discovery of the pulsar earned him the Nobel Prize in Physics for his “pioneering research in radio astrophysics.”

Yes, that’s right. Dr. Hewish took home the prize. Not Bell Burnell. Which is not uncommon when a discovery is made by a graduate student. But one suspects that the fact that Bell Burnell is a woman played a role in that decision. Bell Burnell harbors no ill will about being sidelined. In fact, as she told The Guardian, “I feel I’ve done very well out of not getting a Nobel prize… If you get a Nobel prize you have this fantastic week and then nobody gives you anything else. If you don’t get a Nobel prize you get everything that moves. Almost every year there’s been some sort of party because I’ve got another award. That’s much more fun.”

The pulsar is now widely regarded as one of the greatest astronomical discoveries of the twentieth century. From what we know, the pulsar is a spinning neutron star that can be heavier than our own sun. It releases strong beams as it spins, much like a cosmic lighthouse. And, like the woman who discovered it a half century ago – it is brilliant.