I live in Florida, right along the famous (and super important) I-4 corridor, named for Interstate 4, which runs between Daytona Beach and Tampa. This is a crucial area of the state: because there are so many undecided voters here, Florida is regularly a swing state. In fact, in 2000, the outcome of the Presidential election literally came down to a few hundred votes in Florida – this was the the first time I voted in a Presidential election. And now, here we are, once again, with Florida at the center of an election, and with Hillary Clinton poised to make an impression on history. But she made an impression on me three decades ago. 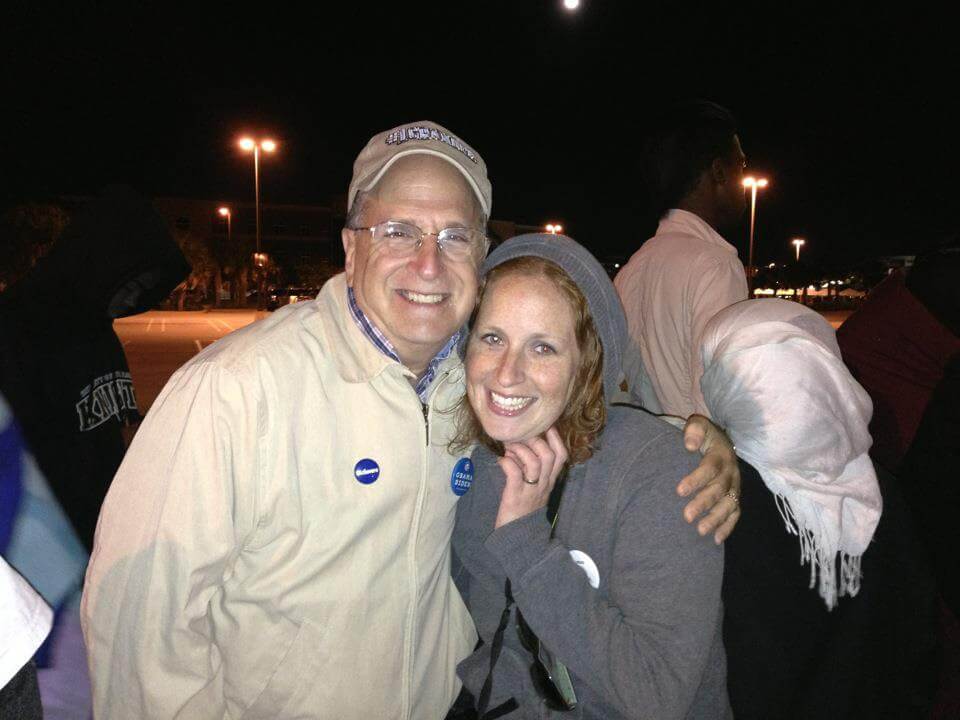 Samantha and her dad at the Obama/Bill Clinton rally

When I was 12 years old, Bill Clinton was running for president. My best friend went to a rally in Orlando with her parents and brought me back a postcard with a stamped signature from both Bill and Hillary Clinton. Hillary’s signature said “Hillary Rodham Clinton.” I asked my Mom why the name “Rodham” was there; she explained that lots of women use their maiden names instead of their married names, and that Hillary had actually added Clinton to her name to help her husband win the election in Arkansas. I thought that was so neat. I taped the postcard to my bathroom mirror, where it stayed until I went away to college. This marked the first time the Clintons had made an impression on me, but it wouldn’t be the last.

In 2003 my family was in New York City and we happened upon a Columbus Day parade. I was standing near the barricade when Hillary, then the Senator for New York, walked by. She shook my hand and thanked me for coming. My Dad said to me, “You may have just shaken the hand of the future President of the United States.” My Dad is a history buff and always seems to be able to predict the future. I thought it was highly unlikely that a former first lady could become President, but the possibility left me feeling hopeful. 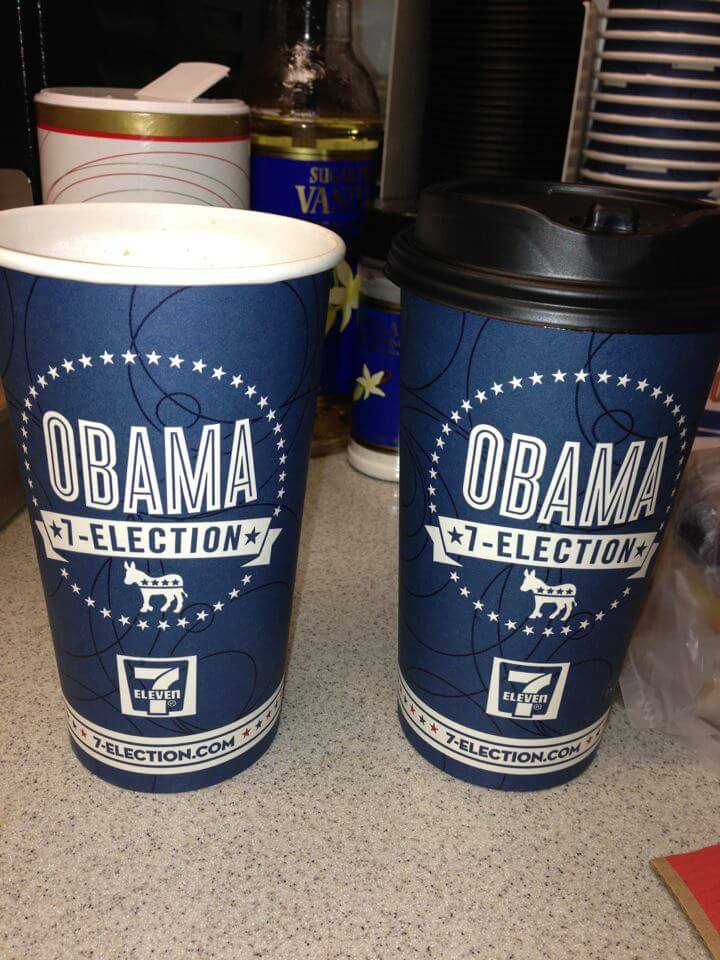 Four years ago my Dad and I went to see Bill Clinton speak for Obama. We got up super early on a really cold day, grabbed coffee at 7-11 in their election-themed Obama cups, and headed to a rally at the University of Central Florida. We waited for several hours and froze our buns off, but seeing Bill Clinton speak was worth it. He exuded charm. He was brilliant and funny, and it was an experience I’ll never forget.

Living in this important part of Florida, I’m aware of all the rallies for Hillary that have been held over the past few months. But I work outside the home, and have three children who need to be picked up from school and brought to activities, so there’s never a convenient time for me to go. I just can’t be gone for 6 hours. But then I got an email that Hillary was coming to Sanford, Florida – about 15 minutes from my house – a week before the election. If this was ever going to happen, now was the time. My Dad, who had been volunteering, canvassing for Hillary, got us on the VIP list. Between friends, my Mom, and my husband, I arranged to get all of my kids picked up and delivered to where they needed to be. As a wise woman once famously said, “It takes a village.”

We arrived at 3:00 PM. It was outside, and hot, so my Dad bought me a Clinton/Kaine baseball cap to protect my redheaded self from the Florida sun. We waited, went through security, and found ourselves indoors, about 20 feet from the podium with only one row of people standing in front of us. We couldn’t believe our luck. We waited and waited. I spoke to a man next to me who was a rally regular. He told me that after the speech, Hillary would come down to greet the audience and that she’d possibly sign items. He said “She’s usually in a hurry so she only signs, ‘Hillary.’” 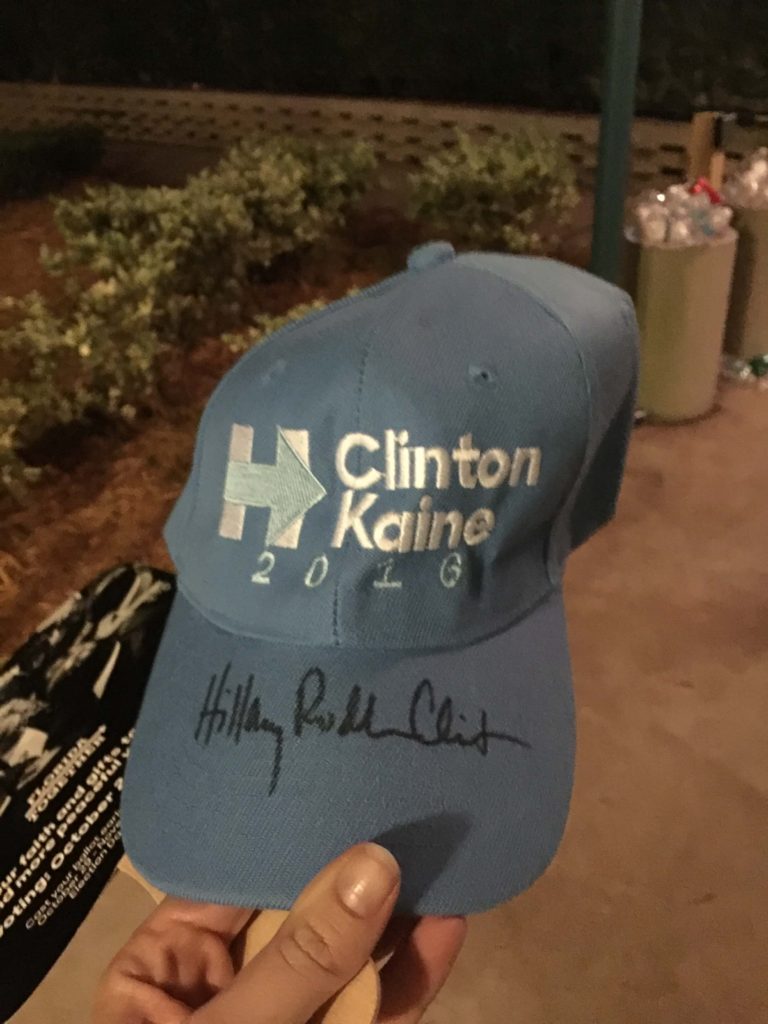 The event began with Representative John Lewis, a civil rights activist my dad had followed for decades. Patrick Murphy, running for Senate, was fantastic. Senator Bill Nelson oozed his southern charm. Congressional hopeful Stephanie Murphy was passionate. Four hours after we had set foot in the building, Hillary took the stage. My eyes welled up with tears. I cheered. She looked fantastic. She spoke for 35 minutes. As my new rally friend had predicted, she worked the line. As she approached me, I asked her if we could take a photo for my daughter. She smiled and said yes. Her aide took my phone. In a split second I had my photo. I thanked her and she moved on to the next guest. Then another aide started collecting things for her to sign. I handed him my new Clinton/Kaine baseball cap. He brought the items backstage for her. After the rally ended, we waited about 15 minutes. The aide came out with my hat. It was signed, “Hillary Rodham Clinton.”

I couldn’t believe it. We rushed home, where, to my delight, my three kids were still awake. I showed my older boys (12 and 9) the photo and the hat. They were impressed. I scooped up my three-year-old daughter, gave her a squeeze, and took her to pick out books to read for bedtime. After we read our books I tucked her in. I told her that I had just met Hillary Rodham Clinton, and that I hoped she was going to become the next president. My daughter obviously had no idea what I was talking about. She said “You happy, Mommy?” 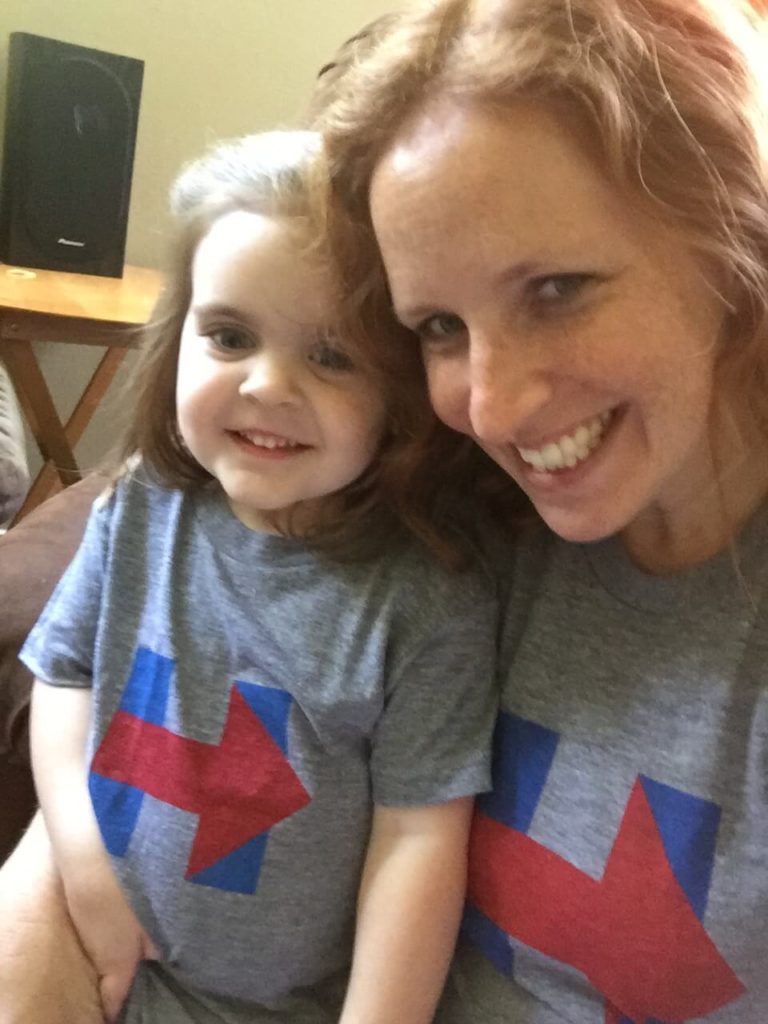 Samantha with her daughter

My legs might have been sore. I might have been hungry and thirsty. But I was incredibly happy. I’m happy that I got to meet a woman I’ve looked up to for 25 years, getting both a photo and an autograph. Mostly though, I’m happy that when my daughter actually understands who the president is, that it will probably be a woman, she won’t know any different. One day, when she learns about 2016 and what a pivotal time it was in America, and in our home state of Florida, I’ll be able to say I was on the right side of history and I was with her.

Samantha Taylor is a wife and mother of three kids, one with special needs. After working for non-profits for several years, Samantha now works in for the family business, publishing local lifestyle magazines in central Florida. In her free time she enjoys cheering for her beloved Florida Gators, sharing her love of old movies with her children, and blogging for Kveller.com and GrokNation.