Many food subscription boxes offer quick-to-make dinners, which promise to get dinner on the table fast. And then there are those for incredibly easy (read: lazy) meals. The ones that offer ready-to-eat meals. Veestro offers the latter, with a twist: It’s all vegan.

The plant-based meals on Veestro can be purchased as part of a meal plan or à la carte. The meal plans primarily focus on health goals like going gluten-free, losing weight, etc. Since I’m not actually vegan and  wasn’t ready to take the full plunge permanently, I decided to try the a la carte meals. (Full disclosure: Veestro let us try the meals free for an honest review.)

First, I had to select the meals I wanted. The à la carte options start at $10/meal. I thought the price seemed reasonable—until the meals came and I realized they were portions for only one person. This certainly isn’t a cost-effective meal plan, but if you’re vegan and need a quick meal, I could see it being worth it.

Anyway, I selected Mushroom Risotto, Mushroom Stroganoff, Pizza Napoletana, Chocolate Chip Cookie Cake, Veggie Empanadas, Spinach Pie, and Kale and Quinoa Salad. And I got another surprise when I received the box: These meals are all frozen. The box came packed with styrofoam and dry ice. The environmentalist in me didn’t love this, but I’m not sure how else you can ship frozen items across the states?

Are you wondering, “How do you freeze a salad?” The answer is not well. That was not my favorite meal, but there were some other winners. Here’s how they all turned out… 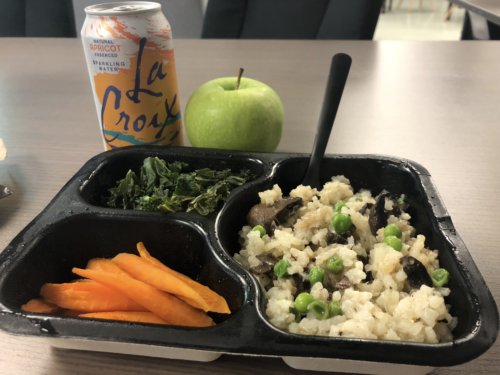 My sister, Becca, needed a meal to take to work one morning, so she grabbed the Mushroom Risotto on her way out the door. It was a microwave meal, so it worked out nicely. She said she enjoyed it, but the mushroom flavor overwhelmed the dish. The peas and other veggies were a nice complement, but the kale on the side wasn’t as tasty. Even though she’s not vegan either, she said she enjoyed the meal as a quick lunch. 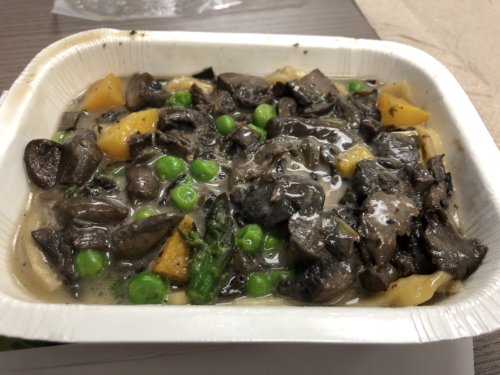 Now, as much as she enjoyed the first dish, she wouldn’t suggest eating the Mushroom Risotto back to back with the Mushroom Stroganoff. She needed a quick meal again the next day (she’s not the best meal planner), so she grabbed the stroganoff. She said the two tasted eerily similar: the mushrooms were the same, the peas were the same and the starch (pasta/rice) even tasted somewhat the same. She ate all the noodles, but two days of the strong mushroom flavor was too much for her. 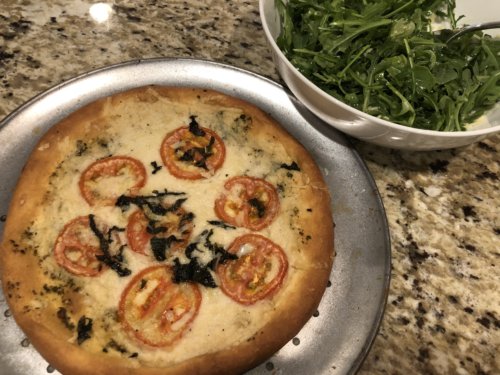 The Pizza Napoletana was the only dish that was large enough to serve two. After cooking in the oven, the crust had a nice crisp around the edges. The unfortunate part was the inside of the pie was a bit mushy. The flavor was good, though, and if we hadn’t known, we probably wouldn’t have realized it was vegan cheese. If I were to order from Veestro again, this would be one item that I’d add to the cart.

The Chocolate Chip Cookie Cake was made with chickpeas. I’ve seen many Facebook videos showing how you can make desserts with chickpeas, but I’ve never tried it. I’m still not sure I’d make the effort to bake something this way, but it wasn’t too bad. My sister and I split the cookie between the two of us—we were so excited about it we forgot to take a picture—but you could certainly enjoy it for one. 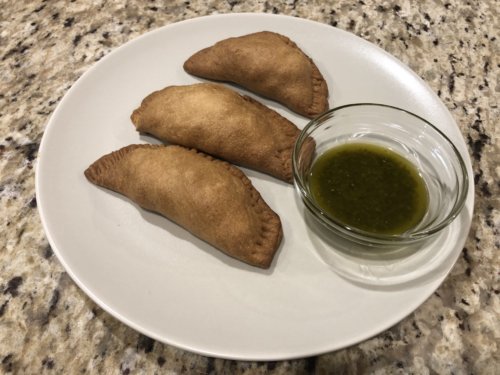 The Veggie Empanadas recipe specified that the hand pies had to be made in the oven (no microwave meal here!). We ended up cooking them in the oven on a stone, so they got quite crispy. The dough was the best part of the dish—the inside had a hodgepodge mix of veggies, including raisins, that was slightly weird—but all together it wasn’t bad. Although, it’s probably not something I’ll be craving in the future. 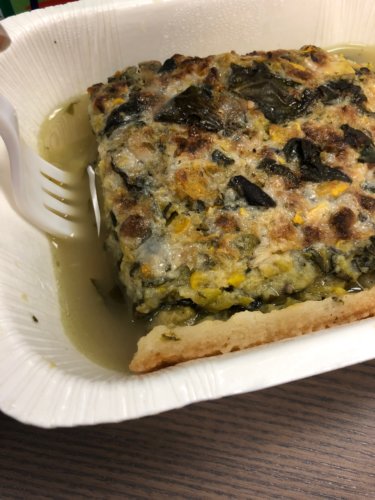 The Spinach Pie looked like one of the best meals out of the box. It was a microwave meal, so (you guessed it) Becca took it for lunch. After microwaving, she said the dish kept producing a lot of water and never seemed to cook all the way through. The taste wasn’t bad—it was just hard for her to ignore the fact that she was eating a partially frozen dish. Like the empanadas, this probably should have said oven only in the instructions. 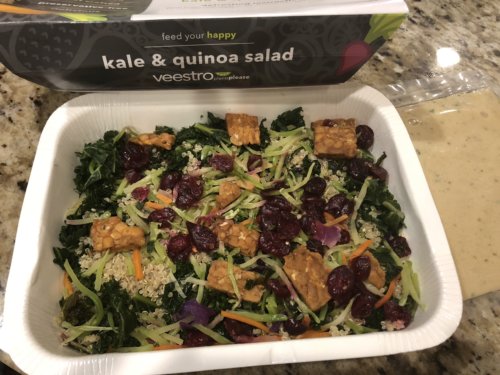 And finally that frozen Kale and Quinoa Salad. The instructions said to leave the box in the fridge overnight to enjoy the next day. The next day I’m not sure I did any “enjoying”—but I did taste it. It came with a tahini dressing to mix with the kale, quinoa, raisins, carrots, etc. The flavor wasn’t bad, but the texture of the kale wasn’t something I could handle too much of. It tasted just like you’d imagine kale you’ve thawed from the freezer would.

I wish I hadn’t wrapped up my Veestro taste-test on the kale salad because it definitely ended it on a low note. Overall, the flavors and dishes weren’t necessarily exciting, but they weren’t bad. And I think I’d probably enjoy it more if I were vegan. (Not saying vegans have bad taste; but since my diet typically includes dairy and meats, some of these items felt less flavorful to me—but likely wouldn’t if this is what you’re accustomed to.) Although it’s not super affordable, I could see the ease of meals being appreciated in a market that’s saturated with lots of non-vegan options.

Have you tried Veestro? What was your experience like? If you’d like to try it, use the link here to get 25% off a la carte items.

Be sure to read our past meal kit reviews here and let us know if there are any others you’d like us to try!