It’s no secret that attention spans are waning, and it’s become common to hear someone casually say, “I’m so ADD” in reference to their inability to pay attention. In the Netflix documentary Take Your Pills, famous music manager Blue posits, “Society has ADD, so where’s the line between who was born with it and who wasn’t?” This documentary explores the abuse of pharmaceutical stimulants meant to treat ADHD symptoms.

Take Your Pills introduces a cast of characters ranging from mothers to ex-NFL players, music industry moguls to teenage artists. All have been affected by ADHD drugs like Ritalin, Adderall or Vyvanse. Some of the more compelling interviews are with teenagers who have been prescribed these amphetamines to help them focus in school. One young woman comes across as a classic overachiever, relying on Adderall to help her get the grades she desires. Another admits that she knows she needs the drugs to function like any other teenager, to “level the playing field,” but doesn’t understand how anyone would want to use the drugs recreationally. “Why would anyone want to be on this?” she asks. 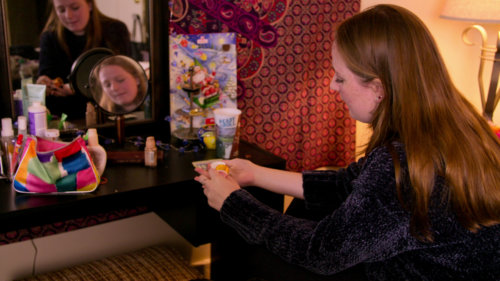 A teenager interviewed sorts her pills for the day Netflix

The screen cuts between images and animations quickly, adding to the information being given while distracting from it as well, which sort of induces a panicked feeling, but then also makes you wonder, “Is this what someone with ADD feels like?” The answer is actually a resounding “no.” It’s more likely what someone high on amphetamines who does not have a medical need for them feels like. Engaged, yet erratic. It’s a clever tactic, but one that probably could have been used more sparingly. At times it takes away from the important information the documentary is trying to teach us.

We also meet several medical professionals, many of whom (if not all) are strictly opposed to the culture of overprescribing. They describe in detail why individuals with no ADHD diagnosis choose to abuse amphetamines. It feels a little preachy in places, because each of them are hammering in the same point—all echoing in agreement from separate talking heads. No real counterpoint is offered, but maybe that’s the point: there is no counterpoint to this epidemic.

As the doctors explain, most everyone who takes a stimulant, prescribed or not, will see improved performance. Not cognitively, as one study in the documentary proves, but physically and psychologically. A person on stimulants feels faster, better, and more able. Adults, one doctor said, feel powerful on the higher doses, while children are left feeling “weird.” This is why one subject, an anonymous analyst at Goldman Sachs, admits to taking Adderall on the job. The demands of his profession call for heightened performance, and instead of doing cocaine, he chooses an ADHD drug.

But the over-prescription and over-medication of ADHD drugs is as much of a problem as recreational use. ADHD drugs are a $13 billion (yeah, that’s billion with a b) industry, with the U.S. coming in at number 1 for the highest prescription rate of amphetamines/ADHD drugs. What’s even more unbelievable is that there is no hard and fast test to see if ADHD drugs are right for a patient. The solution is to simply prescribe the pills, and if they work, then the patient “has” ADHD. But, as we already know, the drugs will likely make anyone feel better in some way, even if they don’t technically need them, therefore many patients continue taking them.

This problem is symptomatic of something more. The demands society makes upon people to be more, to do more, to succeed at all costs forces us to seek out ways to meet these demands. There is a cultural focus on material progress and productivity, one that is not easily met through traditional means. Amphetamines enable the hypercompetitive and driven to get a leg up on those expectations, and once they start seeing that success they crave it more. Which leads to higher doses. Which leads to the short-term and long-term risks of continued use of stimulants, like cardiovascular issues, depression, anxiety, dependence, or psychosis. As one young woman said regarding how the drugs make her feel, “It wasn’t me that did it [got the grade], it was me and the Adderall. So, you’re constantly in competition with yourself.” 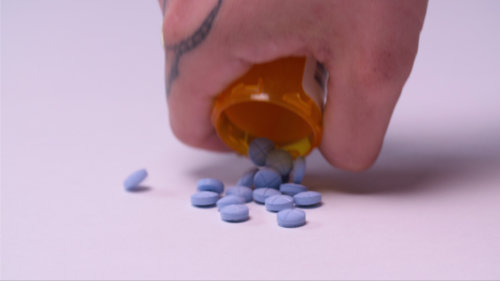 Take Your Pills is a fascinating and important documentary which brings these issues to light, but doesn’t really set out a recovery plan. There are hints scattered throughout if you pay close attention. But the documentary serves more as a cautionary tale. It doesn’t offer solutions to the larger problems in our society that have led to the overuse of ADHD drugs. It focuses on individuals who tell sad stories of overdoses and dependence who have been able to come back from the brink, or college students entering their independent adulthood who are choosing to go off their prescriptions.

If you have experience with ADHD medications or know someone prescribed these drugs, this documentary may open your eyes to issues you weren’t aware of. Then again, it may just tell you things you already knew. Because of our boundless access to information, many people have already done this research before they begin taking amphetamines. But if you are a parent who is being told by doctors that it’s time to consider ADHD treatment for your children, there is never enough research. Take Your Pills challenges us to consider our options, consider the challenges, and consider alternatives.

You can watch Take Your Pills now on Netflix.