Have you ever had questions about your breasts that you were too scared to ask your doctor? We’ve all been there. That’s why we decided to turn to board certified breast cancer surgeon Dr. Kristi Funk. She has helped thousands of women through breast treatment, including Angelina Jolie and Sheryl Crow, and recently launched a book called Breasts: The Owner’s Manual.

For Breast Cancer Awareness Month (it’s October!), she’s taken the time to answer Grok Nation readers’ questions. She tackles topics like when should you start receiving mammograms, when to be concerned about breast tenderness, and how augmentation will affect breastfeeding. And don’t worry—she answers everything in a non-scary way.

There’s been a lot of talk recently about how mammograms aren’t as necessary as they used to be. What’s the current recommendation on when and how often women should be getting mammograms?
There is no consensus! Different groups advise different starting ages, stopping ages, and frequencies. Since the dawn of routine mammography in 1976, no one has disputed that mammograms save lives, but they do debate the degree to which mammos help. One of the most telling reports on the lifesaving benefits of mammography comes from comparing breast cancer deaths in the 20 years before screening was introduced (1958–77) with those diagnosed in the 20 years after screening (1978–97) in 210,000 women in Sweden. Death rates dropped 28 percent solely due to mammography, and in just the 40- to 49-year-olds (an age group often told not to bother with imaging), mortality plummeted by 48 percent.

Having reviewed all the relevant mammogram trials, assuming normal cancer risk, I suggest you begin annual mammography at age 40, and don’t stop and don’t skip years until you plan to die in the next five years. 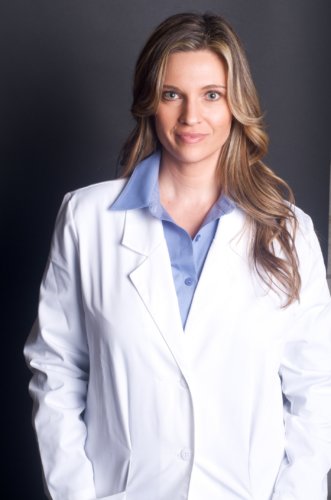 Is there a correlation between breast size and cancer risk?
Breast size and cancer risk don’t correlate. Small-breasted women don’t have less risk of breast cancer than large-breasted ones. The more ducts and lobules you have—as opposed to fatty tissue—the more cells you possess that can become cancerous. The vast majority of large breasts are large because of all the fat surrounding the glandular tissue (and fat is very unlikely to become cancerous). Conversely, small breasts generally have less fat, and potentially have the same net volume of ducts and lobules as many larger breasts. Therefore, in the final analysis, women should have a similar incidence of breast cancer risk irrespective of their breast volume. The majority of studies attempting to correlate size to risk conclude that no such association exists.

I know breast tenderness is normal with periods, but how many days is “normal”—and when should I start to worry?
A pattern of tenderness mid-cycle at ovulation for a few days, and also just before and after menstruation for another few days is entirely normal, especially if it recurs predictably with each cycle. See your doctor for breast pain or tenderness that occurs in one spot, is constant, or does not fluctuate with your periods.

I’m less than a size A cup—will a mammogram work on me? I’m years away from needing one (I think), but this haunts me!
Yes, mammograms work on A-cup sizes. If you’re fretting years in advance of your first mammogram because you fear pain, it might not be as bad as you think! Studies show it’s painless for about 45 percent of women, a little painful for 40 percent, and rather painful for the rest, but pain disappears within seconds to minutes for 89 percent of women. Try timing your mammo to the third week of your menstrual cycle to lessen sensitivity. Also, taking acetaminophen (like Tylenol) or NSAIDs (Advil, Motrin, ibuprofen) 30 minutes prior to imaging might help.

I have to get yearly mammograms because they always show up “abnormal,” and I always wind up having to have a core needle biopsy done, which always shows up “no cancer.” I was told I have fatty breast tissue and that this will continue to happen and that I’ll probably continue to have to have needle biopsies. Is this accurate? I’ve already had five of them and they aren’t the most comfortable experience.
It’s more likely that you have “dense” or “fibrocystic” tissue as opposed to fatty, since fat appears black on mammography and cancers are white, so fat rarely leads to unnecessary biopsies. That said, it’s clear from your experience that your breast imaging is confusing to read and benign areas repeatedly appear suspicious. Make sure you are getting 3D mammograms (aka “tomosynthesis”) as this type has 17 percent fewer false positives than the 2D digital. Also, if you menstruate, get your mammogram during the second half of your cycle since this menstrual phase can make the images easier to read.

How do breast reductions or augmentations effect breast feeding?
Generally, most women can breastfeed after breast reduction since the ducts connecting directly beneath the nipple are rarely disturbed; however, the volume of milk produced might be lower and therefore, women with a breast reduction often need to supplement with formula; breast augmentation should not affect milk production or the ability to nurse.

What do you advise for women (in addition to mammograms) that have been told they have dense breast tissue but no other risk factors?
Four breast density classes exist. These exact words appear in all mammogram reports, like “code talk” describing how dense—and therefore how reliable—a mammogram might be: entirely fatty or fatty (Class A), scattered fibroglandular densities (Class B), heterogeneously dense (Class C), or extremely dense (Class D).

I’m in my 20s and my breasts are naturally larger than DD. Will they eventually lead to back issues or is that a myth?
Depending on your height and frame and muscular strength, having large or heavy breasts can lead to chronic postural changes and back issues. You aren’t destined to have back issues, but a breast size over DD can certainly contribute. Be sure to wear properly fitted, supportive bras. Also, you can ask your doctor for a referral to physical therapy for a session or two teaching correct posture and gait as well as strength training exercises that can improve how you distribute your weight on your frame.

Everyone always says to self-check for lumps—but what does a lump in the breast really feel like? How big is it usually? How noticeable? And how often should I do this?
The key with breast self exams is to just do them once a month in an effort to learn where your lumps are (breasts are lumpy, so you need to learn the baseline lumpy terrain). Do them one week after your period starts, and the goal after a few months is to simply notice anything that is new—that you know wasn’t there when you did your exam last month. Any one of these findings is a good enough reason to check in with your doctor:

A lump is really any area of thickening, or prominence that is new, that you never noticed before—and it can be obvious, like somehow a ping-pong ball showed up in your breast, or subtle, like a raisin. If it’s new, get it checked.

I’m scared of getting breast cancer. If I get a double mastectomy now, would that 100 percent prevent me from ever getting it?
In a contemporary series of skin-sparing (removes the nipples) and nipple-sparing (preserves the nipples) mastectomies, the incidence of breast cancer after BPM stays under 3 percent, and with a truly excellent mastectomy technique the risk should be zero, even when keeping the nipples.

Is there a medical reason to avoid underwires? And what about sleeping in bras—I heard that can prevent sagging. True?
There is not a medical reason to avoid underwires. If you are large breasted such that when you sleep, gravity continues to pull one (side-sleeper) or both breasts (back-sleeper) toward the floor so that the ligaments and supportive tissues in the breast are elongated and stretched for hours on end, then yes, sleeping with a supportive bra that minimizes traction on the chest wall and breast ligaments will lessen the degree of sagging–but it might not prevent it entirely.