“What does a vegan do if someone is choking?”

People stereotype vegans, and make jokes about us. And joking is fine. But here’s something I need to grok: Why do some people hate vegans? 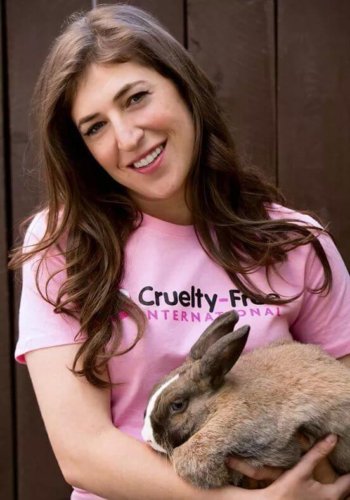 I recently saw a Facebook post about how Israeli soldiers can request non-leather boots and non-wool berets–now they can also get vegan meals. I was prepared to see a lot of anti-Israel comments under this post, but the hateful comments I saw were actually anti-vegan. Lots of “this liberal fanaticism is way out of hand!” and “why are we catering to a bunch of liberal freaks?” That sort of thing.

Many people don’t understand why some vegans don’t wear wool or animal byproducts even if it doesn’t involve killing the animal, so I’m going to clear this up for you.

Any time an animal is kept in a manner by which they or their byproducts are manufactured or exploited if you will, the animal suffers, and the people managing the animals are working in an environment that is not respectful of the animals’ lives or the workers’ lives. You may not care about how sheep raised for their wool are treated–and it’s your right to not care–but I do and it’s my right to care. And you may not care about people who work in factories and how they are treated, but I do. That’s why I don’t buy wool. Because unless the wool is from a farm of happy sheep (such farms may exist but that’s not where the vast majority of our wool is coming from) I don’t want to be a part of the capitalist market of turning sheep’s wool into things made of wool for me. If I lived in a cold place, of course I would probably have to be very creative about how to keep warm, but people figure it out.

Just a week ago, I posted a graphic on Instagram showing a medically-proven, researched statistic that a vegan diet can be very beneficial for people with asthma. I was accused of spouting “liberal nonsense” and someone even chose to unfollow me because of this post. Really?

There is proven research supporting the reduction and elimination of diabetes with a raw and vegan diet. The documentary “Forks Over Knives” discusses this at great length, as do other films such as “Fat, Sick and Nearly Dead” and “Vegucated.”

Plant-based eating is not a fad. It’s not a thing people do to annoy hamburger-eaters.

The costs to our environment because of how much meat, dairy, and eggs we consume as a planet – and particularly as a country – are real costs. The costs to our pocketbooks paying for trying to treat and cure diseases that have long been proven to be associated with the consumption of animal products affects all of us. It’s part of why healthcare is so messed up in this country. Treating heart disease, diabetes and complications of obesity is very expensive. Countries that don’t eat like we do don’t have the health problems we do. That’s just a fact.

There are those who will continue to claim that veganism is an elitist annoying trend that is the fault of fanatical liberals, but I choose to see the “trend” towards more plant-based eating as one that can help our environment, our economy, our health, and our overall well-being.

Having a general sensibility of creating a world free of the suffering of human beings is often linked to kindness to animals and a passion for plant-based eating. Here is a list of famous vegetarians and vegans and some of the things they’ve said about their lifestyle. You might be surprised how many people you respect and admire who are on this list!

Read More From Mayim
Explore These Topics: Vegan
More Like This: