The Netflix show “13 Reasons Why” is having an important impact on today’s conversations about suicide, rape, depression, cyberbullying, and teen angst. Widely watched by teens and adults alike, it has struck a chord with most who have watched it. (Before we launch into extensive conversation about this show, we’d like to remind you that if you or anyone you know is struggling, seek counsel with the Suicide Prevention Hotline: https://suicidepreventionlifeline.org/ or call 1-800-273-8255.)

Despite my commitment to what the show does to open the conversation about suicide, many of us in the mental health profession have  concerns that this show may glorify or sensationalize suicide, presenting it as the only option for handling really difficult events, which it should never be. The show also illuminates some of the challenges that schools face in treating mental illness or suicidal ideation in students. And because I am a mental health professional and a survivor of trauma, there are several reasons why this series challenges me.

What the Show’s About

“13 Reasons Why” chronicles the life of an adolescent named Hannah Baker who takes her own life and leaves a series of audio tape recordings naming each individual who contributed to the reasons why she committed suicide. The messages conveyed in these tapes included reasons how people hurt, humiliated, and traumatized Hannah. The main message that she sends people is that it’s important how we treat others, and that we never fully know the depth of the internal pain people experience. The characters were very much in denial that they had impacted her decision to commit suicide, which professionally I understand. They feared the real-world repercussions of their actions as well as the philosophical, big picture fear of ‘did a person really die because of me?’ One of the main characters, Clay, fluctuates between different stages of grief, including denial, depression, anger, bargaining, and moving towards acceptance, but throughout seemed to understand that he and his peers had impacted Hannah’s life and her decision. The other teens, particularly Justin and Jessica, eventually realized how their actions had impacted Hannah, coming to terms with their own pain, darkness, and internal truth.

The Challenges of School Involvement as Presented in the Series, and What I’d Change

The series shows how challenging it can be to identify suicidal behavior, but this school’s staff seems particularly oblivious. The school’s restrooms had abusive comments on the bathroom walls, but the administrators never saw it as a problem until after Hannah’s suicide. The school teachers, faculty, and counselor seemed oblivious to the cyberbullying and the rape trauma perpetrated by the football player, as well as Hannah’s suicidal thoughts.

Additionally, the school counselor failed to connect with Hannah after she vaguely disclosed the facts of her sexual assault: when a therapist learns that a minor has been raped, they are required by law to make a child abuse report. A trained mental health professional working in the school system should have explained to her what rape means, that it can be someone that she knew, that if she had said no, it was rape. Many individuals who are raped don’t identify the assault as rape until many years later, since perpetrators are typically someone that they know. Hannah’s counselor should have – and in real life, I believe would have – intervened more.

With one tweak to the plotline, the series could have been more emotionally helpful to teens who have suicidal thoughts, traumatic histories, and/or other mental health issues.

While the show conveys that the counselor does want to help Hannah, and that perhaps she might have disclosed more of the details to a female counselor, I believe that he dropped the ball. Adding a scene where the teacher notices a difference in Hannah’s behavior or her mood and speaks to her or sends her to the counselor’s office would’ve been more responsible from a mental health perspective, because it would show that there are nearly always signs when teens start to think about suicide: typically a significant shift in their mood, significant decline in their school grades, and/or a significant change in their appearance. (In Hannah’s case, she withdrew from friends and cut her hair drastically.)

Encountering my own clients with passive or active suicidal ideation, I’ve encountered the following two scenarios: 1) clients who have thought about suicide but don’t actually want to commit suicide or die –  they want their internal agony and pain to subside, therefore needing treatment (talk therapy and medication); and 2) those who suffer with the agony for so long, that they don’t believe in any kind of hope, or are unable to identify any reason to be alive, and therefore need to be hospitalized for more serious, intensive treatment.

In “13 Reasons Why,” Hannah had a lot of pain that no one took seriously or picked up on. She dealt with lost friendships and betrayal. She witnessed sexual assault on a fellow student and experienced her own rape. There were constant rumors spread about her around school as well. Under financial strain, her family did not pay attention to what was happening with their daughter at the time. Hannah sought attention from others and was crying for help, but no one – not family, friends/school peers or school administrators – paid her the attention/gave her the care she needed until it was too late.

Teens watching this show – especially adolescents with trauma history, suicidal ideation, and other mental health issues – may be very vulnerable to the graphic images it contains. The show includes rape scenes, cyber bullying scenes, and self-harming behavior including cutting, as well as the actual suicide, which is handled graphically, on-screen. Youth that are exposed to graphic material like this without adults or other people to process these images with can be susceptible to repeat the behavior that they see. While some teens may benefit from watching the series with a parent and engaging in conversations about mental health and how to help people who are suffering, as a mental health professional, I do not recommend that youth with suicidal ideation or trauma history watch this series without adult supervision. It’s a powerful story but it may lead impressionable youth to idealize and crave the attention that the main character received after her death and through those audio tapes.

I don’t want to suggest that all youth are going to mimic what they see on the show. Many teens are resilient and capable of watching a show like this and not have an issue. My particular recommendation and requirement would be for teens to watch this show with a supportive adult, supportive mentor, or counselor to follow each episode with a healthy discussion in processing the material they viewed. The main message that would need to be reinforced is that suicide is not a solution to their problems. This message is incredibly important for teens who are struggling internally, teens who have trauma histories, or are isolated in some way.

We need to show our children, teenagers, and young adults that healing and feeling better is a possibility. In my own personal experience with trauma, I needed to recognize the possibility of healing. There are many people who have had suicidal thoughts in the past or traumatic histories who lead healthy, balanced lives today. People heal through therapy, dance, acting, nature, interaction with animals, positive mentorship, healthy parent and peer interactions, etc. Watching the show, I found myself wishing that the narrative had presented hope and healing as a possibility.

Nonetheless, I felt the acting was great: after the first episode I was hooked and sucked in. My points above, which identify my challenges with the series, have nothing to do with the artistry of it all.

It’s true though that no matter how many people intervene or how much effort people put in, we do lose people to suicide, and it’s sad. But I would hate for people with suicidal thoughts to watch a show and have the show validate an emerging belief that ending their life is the only way that they can get the attention and recognition they need. This is certainly not the show’s intention, but for some teens in trouble, it could easily encourage that type of thinking.

What Can We Do?

What do we do to protect our teens or anyone who is showing signs of suicidal thoughts? We can get involved. It’s as simple as sitting down and having a conversation with someone if they’re feeling down. Some of the warning signs that we can look out for include the following:

We have the power to show our support. If you know someone struggling with suicidal thoughts, here are some tips on how to help:

Most recently, we’ve also lost musicians Chris Cornell and Chester Bennington to suicide. These men talked openly through their music about depression and the internal depth of pain that they felt. They had loving families and countless fans. But their deaths underscore the idea that suicidal thoughts go away because we have success, a beautiful family, and love in our lives is a lie. I highly recommend the following resource that explains the importance of understanding suicide as an illness. 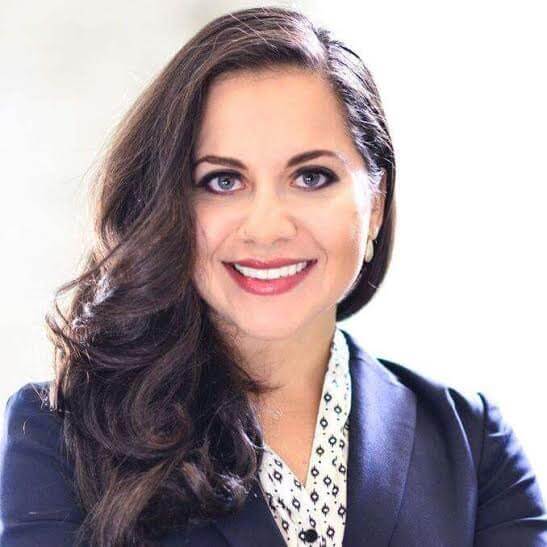