All my life I’ve been a fan of science fiction, but I never knew much about the history of the field, nor did the majority of die-hard fans that I encountered. How could we – who could instantly recall every detail from our favorite comic books and every line of dialogue from Star Wars or Back to the Future – love something so much and know so little about its origins?

Last year, I found the answer when I was given a handful of wonderful out-of-print books chronicling the rich history of science fiction and fandom, including The Way the Future Was by Frederik Pohl, The Futurians by Damon Knight and The Immortal Storm by Sam Moskowitz. In their pages, I learned about the fascinating beginnings of fandom, which was mired in political warfare between overzealous teenagers, where clubs would form and disintegrate overnight. What I found most interesting, was an account of the first science fiction club ever established, called The Scienceers. It was founded in New York, on December 11th, 1929. Nearly 90 years ago. The first president of the club was a young African-American man named Warren Fitzgerald, and the first club meetings were held in his home.

Though not much is known about Fitzgerald, according to what is written about him, he was more interested in science than in fiction. Back then, the social lines were somewhat blurred between laymen interested in real science, and those exploring its applications through the imagination. Fitzgerald, at about 30, was the elder member of the Scienceers, two times the average age of other members, who were a pack of 15-year-olds. The club’s initial meetings were held in his apartment in Harlem located at 211 W. 122nd St.

During that era, fans didn’t have social networking sites or the internet to connect them, or large conventions to rub shoulders at. When the Scienceers formed in 1929, the first World Science Fiction Convention (Worldcon) was then ten years away from being founded. (Worldcon is still being held, annually in August: the 75th Worldcon (2017) will be in Helsinki, Finland, and the 76th in San Jose, California.) When fandom was starting out, most fans would contact each other via letter columns in the magazines, their addresses printed in a listing in the back of publications. In one famous example, two Jewish boys from Cleveland, Ohio, Jerry Siegel and Joe Shuster, befriended each other in the pages of Amazing Stories, and went on to create Superman.  Similarly, the Scienceers formed as a result of their correspondence in the letters section of the pulp magazine Science Wonder Stories. This was the 1930’s equivalent of connecting with someone on a blog or online forum and deciding to meet in person.

According to Scienceer member Allen Glasser, Fitzgerald was “amiable, cultured, and a fine gentleman in every sense of that word.” After the Scienceers’ first year, Fitzgerald was invited to join the American Rocket Society, an organization made up of more mature scientists, engineers and professionals, who were of a similar age. He ended up leaving the club, and later helped to found the American Interplanetary Society.

Fitzgerald was one of the first African Americans to make a mark in the field, and since his brief tenure at the Scienceers, many others have made prominent contributions, including writers like Samuel R. Delany, Octavia Butler, Steven Barnes, Dwayne McDuffie, Nnedi Okorafor, and  Nick Smith, the current president of the Los Angeles Science Fiction and Fantasy Society, the oldest continually running science fiction club in America and perhaps the world.

Among the Scienceers club members were two teens who would forever put their indelible marks on comic book culture and history: Mort Weisinger and Julius Schwartz. Mort became a major editor of Superman at DC Comics, and created such characters as Aquaman, Green Arrow and Johnny Quick. Julius, along with Mort, founded the Solar Sales Service Literary Agency, (1934-1944) the first science fiction lit agency, where they represented writers such as Alfred Bester, Stanley G. Weinbaum, Robert Bloch, Ray Bradbury, and H.P. Lovecraft. Julius also served at DC for 42 years, overseeing editorial stewardship of their library of characters, such as Superman, Green Lantern, Batman, Wonder Woman and thousands more.

When Warren’s home was no longer available for meetings, presumably because he had left the group and had other obligations, it was Mort Weisinger who offered his parents’ home in the Bronx as the Scienceers’ base of operations. From June to December 1930, the club proceeded to publish their monthly newsletter, The Planet, which was the first fanzine regularly released. Fanzines are essentially magazines produced by amateurs, for fans of a particular form or genre of entertainment; for decades they’ve been connecting fans of niche interests to each other so that they could delve further into their common passion, and enter a dialogue on the merits and criticisms of a given work. They were the fan chatrooms and mailing lists of the early part of the 20th century, though – in comparison to the speed of today’s internet – conversations moved at what was then a glacial pace. While modern technology has changed the speed of communication between fans, the concepts developed in 1930s fanzines – such as threaded comments, shorthand in-jokes, etc. – are still in use today.

Early fanzines were hand-drafted, or typed on a manual typewriter, and only a small number of copies could be produced at a time. The use of mimeograph machines enabled greater press runs, as did the advent of photocopiers in the 1970’s. It’s interesting to note that abbreviations and nicknames were created to save teens from having to type too many letters (serving a similar purpose to today’s texting acronyms). For example: Forrest J. Ackerman, a well-known fan who invented cosplay and edited Famous Monsters of Filmland, was referred to in fanzines as “4sj’ or even to “4e, ” which stood for  Ackerman’s nickname, “Forry.” This kind of shorthand paved the way for today’s internet handles and usernames among science fiction fans.

Today, desktop publishing and self-publishing has made it so that there is often little difference between the appearance of a fanzine and professional magazine, of course quality content is what counts most. Fanzines also publish original short stories and articles, and continue to be a strong fan tradition as well as a place to showcase new talent, much like prozines (professional magazines) like Fantasy and Science Fiction, Analog and Galaxy’s Edge, do today.  Many notable authors were first published in fanzines, including Stephen King.

Six monthly issues of the Scienceers fanzine, The Planet were circulated, attracting readers as far as Texas and Florida, where branches of the club were attempted to be established. However, the club eventually split into two factions, both calling themselves “The Scienceers,” and marking history as the first fan feud. The split state continued for nearly two years, before members reunited in early 1933. The organization eventually fizzled out as the teen members grew up and discovered new interests. But nearly nine decades later, fandom is now stronger than ever.

What I take away from learning about this facet of science fiction history is that I – being a fan, and also having published articles and short stories – have a place in the creative dialogue that started in the 1920s and still continues today. Knowing this history, I can share it in an accessible way with today’s generation, helping to draw connections between the past and the present, and using it to fuel me as I make my mark as an original storyteller. I find comfort in that there were other young and hungry creatives who looked towards tomorrow with a sense of optimism and hope – who gathered around their passions and who had countless ideas on what types of dimensions the future could take.

I’m certainly a fan of that. 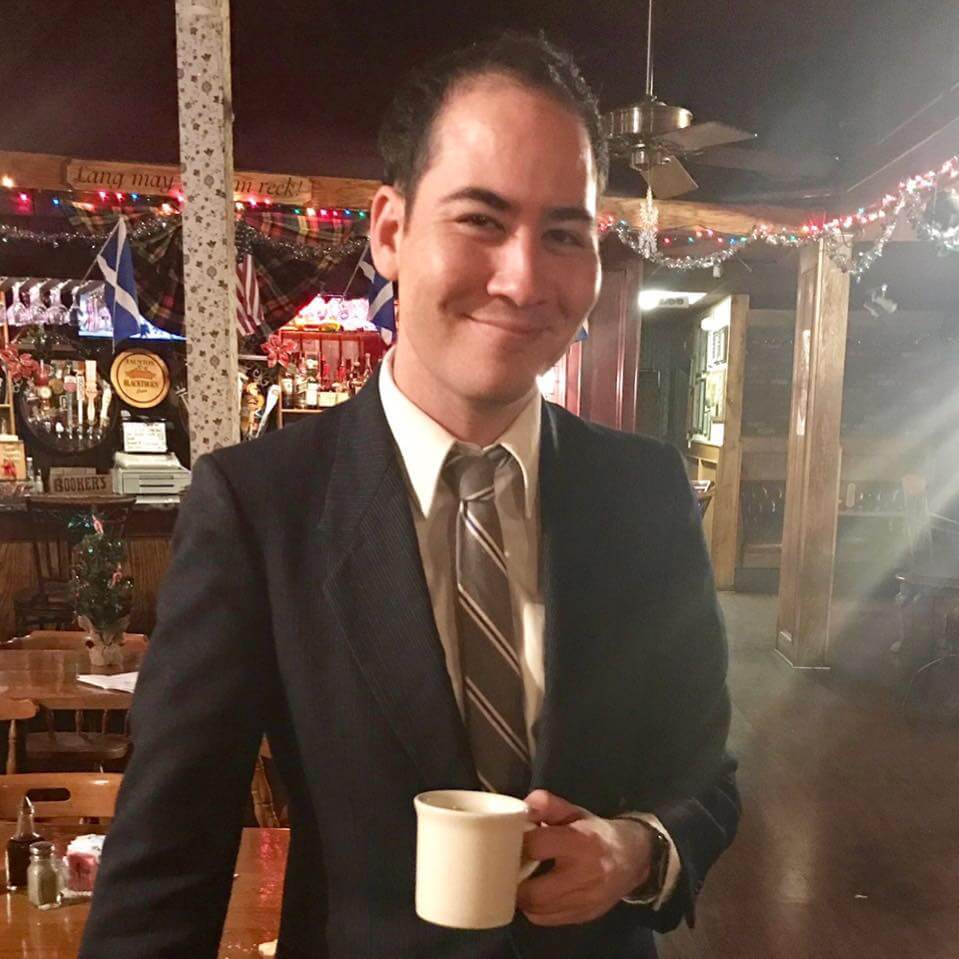 Originally from Maui, Hawaii, Joshua Sky is a multi-award winning writer who has scribed for Marvel, Motherboard, Tor Publishing and SFWA. He began his career at Marvel Entertainment and has also worked for The Walt Disney Company, Fox Television and Netflix. He is represented by Abrams Artist Agency. You can like his Facebook Page, and follow him on Twitter.