Did everyone learn a new word last night? Satisficer!!! I learned this new vocab when we filmed this episode. Leonard is apparently a satisficer: someone who only wants what other people want to reduce his own anxiety. I think I have a touch of this!

Sometimes when I’m with a group I will go along with whatever restaurant others want, even if it’s terrible for vegans because I want everyone else to be happy. I always feel like, “I’ll handle it somehow!” and I’m not resentful about it; I just have a strong desire for other people to be happy! Maybe I need to work on my own satisficer tendencies like Leonard…

In this episode, Leonard gets to try out doing what he wants, and he does things like orders the “wrong” food for the night (against Sheldon’s predetermined schedule), states his desires about what he wants to do, and even sits in Sheldon’s spot! 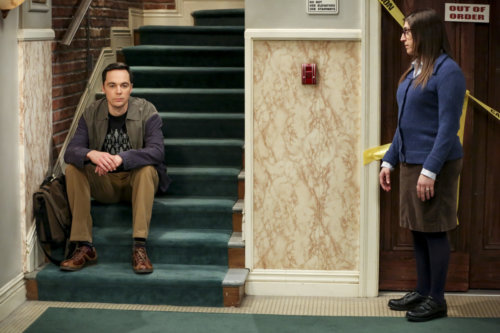 This brings me to an embarrassing revelation…when I auditioned for The Big Bang Theory, I had never seen it. I had a toddler and an infant, and my life was not at all about watching things on TV. In one of my first episodes, we had a scene in the guys’ living room that we were all preparing to rehearse for the first time. Our director, Mark Cendrowski, was getting everyone set for the scene, and we were supposed to take seats on the couch. Because I had never watched TBBT, I knew nothing about Sheldon’s spot. And so, when it came time for us to take our seats on the couch…I sat down in his spot. Mark looked at me and said, “Haha, no not there.”

I was kind of confused but followed direction. As the season went on, I was in another episode where Sheldon’s spot was actually mentioned in the script, and it all finally made sense to me. And then I felt SO STUPID! No one ever said anything to me, and I wonder if Mark realized that I had no idea Sheldon had a spot. But my secret is out now!

Anyway, this episode looks at Leonard’s need to please, and as I said—I could relate. Also, the Koothrapaali plot made me laugh so hard. As a scientist, I totally get being teased by your colleagues for something like what Koothrapaali hinted at, and I found the alien set dressing and decorations hilarious. 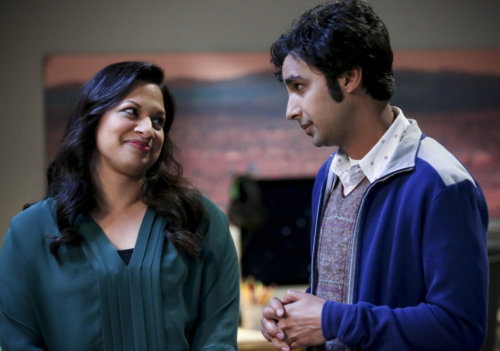 Conclusion: aliens are not real, but satisficers are. And I didn’t know Sheldon had a spot on the couch when I started on TBBT. That’s last night’s episode for you!

Read More From Mayim
Explore These Topics: The Big Bang Theory TV
More Like This: