Name a famous speech. What comes to mind for many of us is Abraham Lincoln’s Gettysburg Address, Martin Luther Kings Jr.’s  “I Have a Dream” speech or perhaps Barack Obama’s 2008 “Yes We Can” victory anthem. How about a beloved speech by a woman? If you’re stuck, don’t fret because Anna Russell’s new book, So Here I Am is full of quotable, fearless, and classic words spoken by females at the forefront of their times. The women speakers carry vital messages that needed to be heard at the moment they were spoken and deserve to be remembered. And illustrating those messages is artwork by Camila Pinheiro that tells a story of struggle and hope.

The book begins in the early 16th century with Queen Elizabeth I rousing her troops before battle: “I know that I have the body of a weak and feeble woman, but I have the heart and stomach of a king.” It ends with architect Maya Lin’s 2018 commencement address to the School of Visual Arts graduating class:“Believe that your one voice can make a difference…become part of the conversation.”

Women have struggled to become part of the conversation from the beginning of civilization. And they have been silenced, mocked, and patronized for doing it. What is it about women speaking aloud that is so threatening? While it was relatively acceptable for female writers to put their words on paper, the “spectacle of a woman addressing an audience” often provoked fear and anger, as reported by abolitionist Angela Grimke. So much fear and anger, in fact, that after Grimke’s 1838 Anti-Slavery Speech, the crowd burned the empty building where she had spoken. As Russell states in her introduction, “The public sphere…where lectures and debates took place was a space reserved exclusively for men.” This book tells us the story of the women who dared to step into that space and make room for others to push their agenda with spoken words.

Russell also opens the book by writing about the “connective threads” that tie one speech to the following, “each generation seizing upon an idea, a brave assertion that inspired the next.” The chronological organization of this book illustrates how women have stood upon each other’s shoulders and found the courage to take steps in the path toward equality and justice. Alicia Garza, founder of the Black Lives Matter movement, mentions Sojourner Truth’s words. Saudi activist Manal al-Sharif’s 2012 “Drive for Freedom” speech asked for nothing more than the opportunity to operate a car. Al-Sharif spoke eloquently about driving as a metaphor for personal autonomy. “The struggle is not about driving a car, the struggle is about being in the driver’s seat of our own destiny, about being free not just to dream, but free to live.” 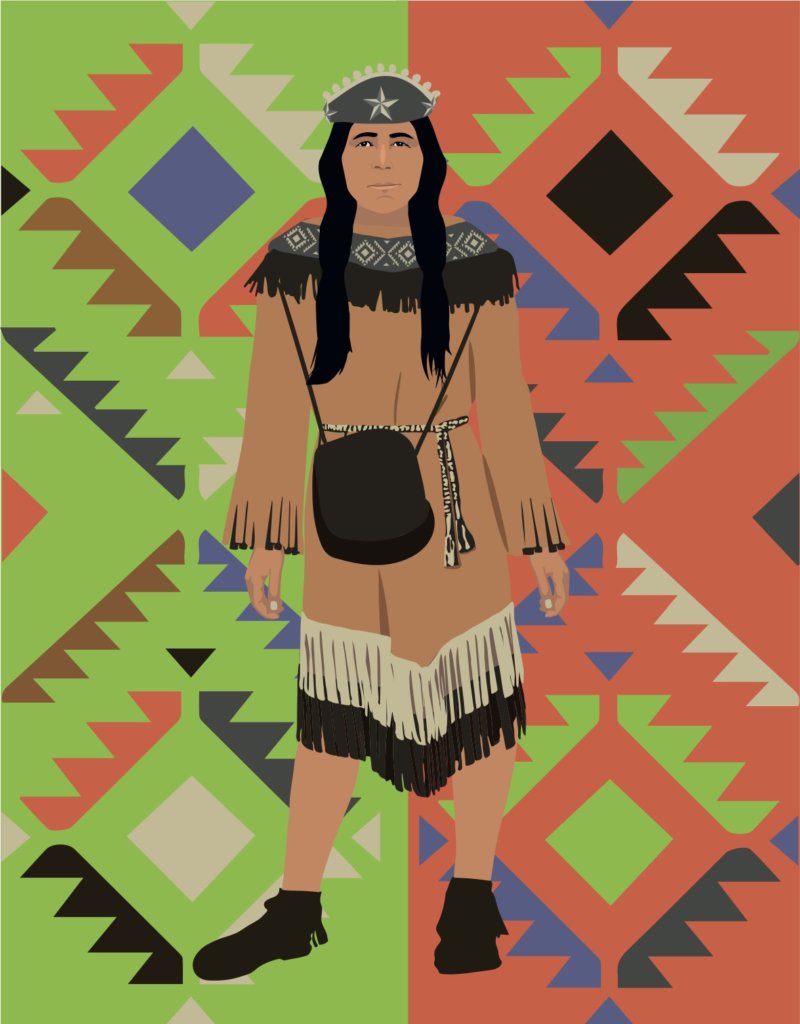 Sarah Winnemucca, a Northern Paiute author, activist and educator, as illustrated in ‘So Here I Am’ Illustration by Camila Pinheiro

The author does an excellent job of including a broad swath of women—from the highly educated (Ruth Bader Ginsburg) to the illiterate (Sojourner Truth); from politically conservative (Margaret Thatcher) to socialists (Emma Goldman). She also quotes transgender activist Sylvia Rivera’s 1973 speech “Y’all Better Quiet Down” in which she starkly lists the abuse she has suffered at the hands of those who could not accept her status as a trans woman.

This book took longer than I anticipated to finish, not because it wasn’t fascinating and well researched, but because I found myself stopping to Google or check Wikipedia for more information about women I had never heard of but who led remarkable lives. Case in point: Countess Markievicz, Irish revolutionary and suffragette, the first woman to serve in the British House of Commons, who was serving out a sentence in a London prison for anti-British activities. Or Huda Sha’arawi, who in 1923, dared to remove her veil in a public venue.

My only quibble is perhaps the absence of a woman entrepreneur such as cosmetics businesswoman Madame C.J. Walker, media mogul Oprah Winfrey or Spanx billionaire Sara Blakely. After all, financial independence can often be the springboard from which women reap personal and political freedom and can help others do the same. 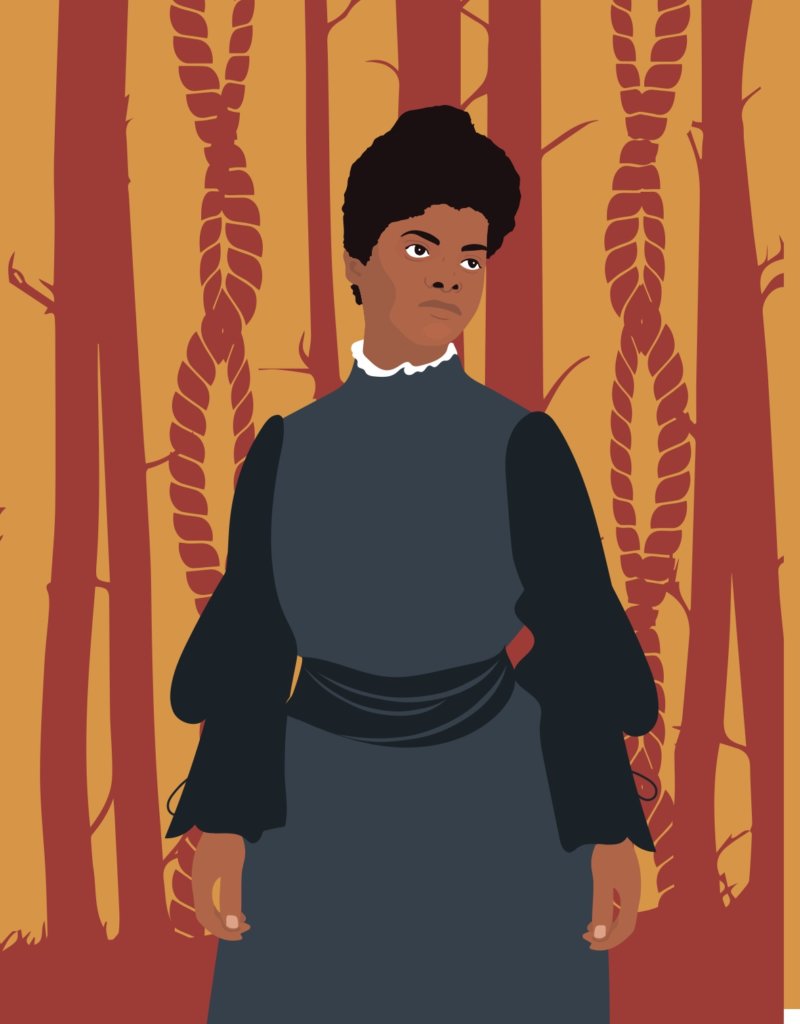 Ida B Wells, an African American investigative journalist, illustrated in ‘So Here I Am’ Illustration by Camila Pinheiro

Speeches from well-known names like Helen Keller and Michelle Obama populate So Here I Am, but so do relatively obscure ones like Wangari Maathai, the first African woman to win the Nobel Peace Prize. Maathai, who founded the Green Belt Movement in Nairobi, Kenya, empowered citizens through the planting of trees. She states that “responsible governance of the environment (is) impossible without democratic space.”

It is voices like hers which highlight the profound intersectionality of feminist thought with progressive issues like civil rights, LGBTQ equality, and nuclear disarmament. As Washington Post columnist Premilla Nadasen recently noted, “the feminist community has been at the forefront of organizing to stem the tide of defunding of public education, opposing mass incarceration, pushing for climate justice and mobilizing contingent workers.” Many of those issues are raised by the women in this book—from Margaret Sanger on the morality of birth control to Jane Goodall on the care of the earth and animals.

But So Here I Am stands most forcefully for the most basic rights. I felt somewhat wistful reading Hillary Clinton’s 1995 remarks for the United Nations Conference on Women where she famously stated “women’s rights are human rights once and for all.” Who would have imagined that 22 years later she would be pilloried as a “nasty woman” without enough “stamina” to be elected? One wonders how far we have gotten and how far we have to go.

As someone who often engages in self-judging and self-censorship, what struck me most deeply was Virginia Woolf’s admonition: “A woman must overcome the prejudices she has internalized in order to find her voice.” Woolf warns female writers, speakers, artists to be wary of that thing inside which tells us to be “utterly unselfish and… sympathize with the wishes of others.” Likewise, Naomi Wolf speaks of ‘dragons in your head’ that silence your voice. She points out that “only one thing is more frightening than speaking your truth. And that is not speaking.”