In an episode of the new web series Radical Cram School, an 8-year-old Asian-American girl named Liberty recounts how a blonde classmate told her she shouldn’t be Tinkerbell in a school play because she looked nothing like the fictitious fairy. I can relate to Liberty: When I was a kid, I also made the bold decision to be Tinkerbell for Halloween. I asked my parents to buy me a blonde wig and looked in the mirror in dismay at how my aggravatingly black hair kept showing under the radiant synthetic yellow.

If you’ve ever been a kid, particularly an Asian one, you will probably connect with Radical Cram School like I did. (For those who don’t know, a “cram school” is the nickname for high intensity tutoring centers used in Asian communities.) Instead of cramming kids with math and science, comedian and activist Kristina Wong teaches kids social justice, revolution and how to be a powerful woman. The six-part series shows nine children of Asian-American heritage, aged 7 to 11, having open, hilarious discussions about important topics.

I think it’s a funny, smart series no matter your age—but I have a bit more connection to it: I work as an intern for Kristina. Last fall, I watched her and Jenessa Joffe’s other web series, How to Pick Up Asian Chicks, and immediately emailed to see how I could get involved with her work. As a senior pursuing my degree in Writing for Film and Television, I’ve always intended to use my education to work on getting representation for Asian-Americans in media.

As Kristina’s intern, I helped launch Radical Cram School. This was exactly why I wanted to work for her, and part of why I wanted to get into this business in the first place. Liberty’s Tinkerbell anecdote made me think of all the other girls of color who have unsuccessfully tucked their black hair under golden plastic wigs. We could’ve had a support group, or a cram school. 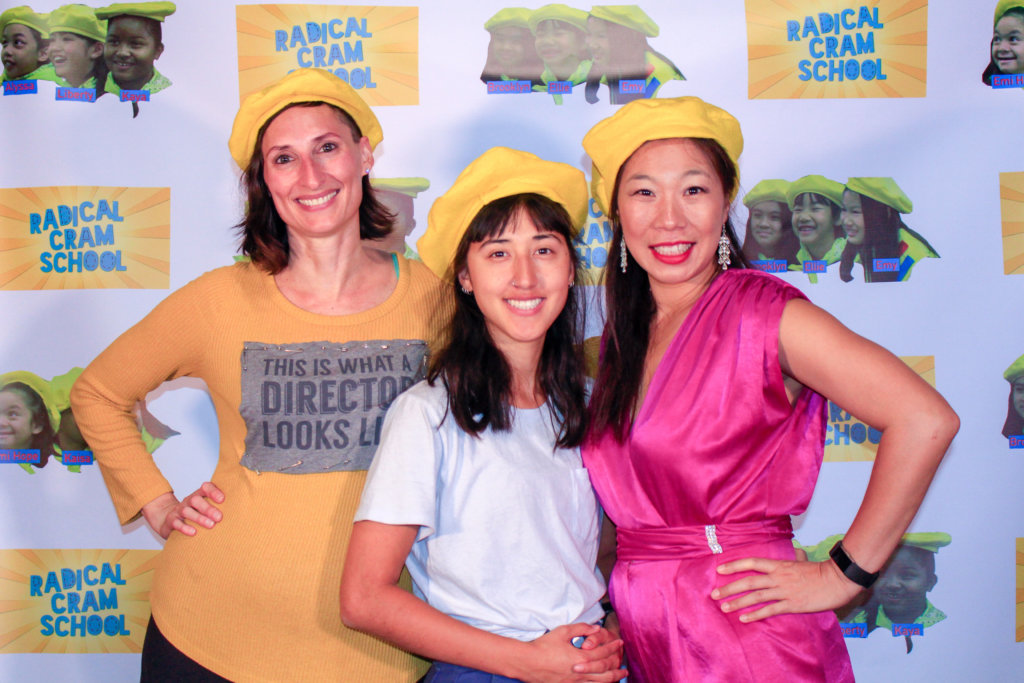 I was never really outright made fun of for my ethnicity—but I wasn’t encouraged to discuss it either. I don’t think it was active suppression so much as no one around me knew how to have a conversation around it.

When I was a kid, there were very few Asian American role models for me. As I grew older, it made me wonder how that would affect my pursuit of a career as a television writer. It’s encouraging to see people like Kristina generating content about their experiences and seeing a way to work in television without having to silence my own identity—because that wasn’t always the case.

A few years ago I watched a student film in class that featured two white people doing origami with flutes and anime in the background. The “Other Asian Kid” in the room and I exchanged an eye roll. But when you’re the only one, no one is there to confirm that you’re allowed to feel disappointed. Once, in third grade art class, our (white) teacher was telling us about Sumi-e, a kind of Japanese painting. Because I speak Japanese, I let her know she was pronouncing it wrong. She casually responded, “Same difference.” I corrected an adult! She should have looked like a fool! But I had no fellow Asian in the room to share an eye roll with, and my white classmates probably thought I was the fool. 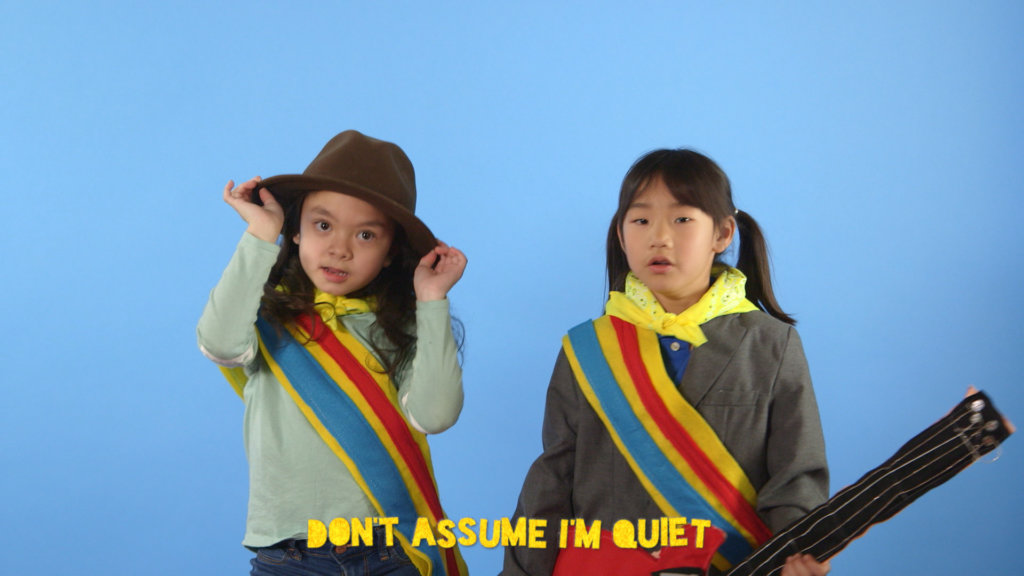 I don’t mind getting incorrectly “white-splained” to; it makes for great material for my diary. But what I was lacking throughout childhood was methods to counter oppression, outlets to empower young girls to talk about their identity, so when they don’t get cast as Mulan despite being the only Asian girl in the theater company (yes, this has happened to two of my friends), they see it as a flaw in casting and our society and not in themselves.

I am hard pressed to find media that has Asians at all. (Yes, Crazy Rich Asians is a big step forward, but it’s the first all Asian cast in 25 years!) But as a biracial Japanese Jewess, seeing mixed race Asians is near impossible. When I do come across it (I can count on my hands the number of times I have), it hits me pretty hard.

It’s quite revolutionary to see mixed race Asian kids in Radical Cram School. There is something so obvious but so groundbreaking about letting people identify how they identify. Some of the young girls in the series are Asian and Black, or Asian and Latinx; they explain in the series how they didn’t always feel as if they were considered Asian. Being mixed sometimes feels like you’re constantly telling the bouncers at Club Race that you’re on the list. What a relief to have someone just believe you when you say you identify as Asian.

Do I expect these issues to change overnight? No. I don’t even expect people to stop butchering my phonetically spelled name. What I do expect is a culture where Asian girls and kids of color can complain to each other when it does happen. This series opens the door to having that kind of conversation.

You can watch all six episodes of Radical Cram School here.